The Elgar Handbook on Migration and Global Justice

Guest post by Leanne Weber and Claudia Tazreiter. Leanne is Professor of Criminology in the Canberra Law School at the University of Canberra, Australia and a Research Associate at the Centre for Criminology, Oxford University. She researches policing and border control using criminological and human rights frameworks. Her books include Place, Race and Politics: The Anatomy of a Law and Order Crisis (Emerald, 2021); Crime, Justice and Human Rights (Palgrave, 2014); Policing Non-Citizens (Routledge, 2013); and Globalization and Borders: Death at the Global Frontier (Palgrave, 2011). Claudia is Professor of Ethnic and Migration Studies at the University of Linköping, Sweden. Her research utilizes ethnographic, visual, qualitative and mixed methods to reveal the impacts of forced and irregular migration on human rights culture, the role of civil society in social change, and gender in migration. She is Co-Convenor of the Forced Migration Research Network and is Research Fellow at the Institute for Migration and Intercultural Studies, University of Osnabrück.

This is the first of a series of blog posts focusing on selected chapters from the newly published Handbook of Migration and Global Justice, edited by Leanne Weber and Claudia Tazreiter and published by Edward Elgar. The editors’ complete introduction to the handbook is available as an open access download here.

Justice, however we might define it, is a contested and elusive commodity - even more so when sought on a global scale. Our current reality of enduring pandemics, population upheavals and climate catastrophe has underlined the urgent need for global cooperation in the pursuit of common goals, and yet evidence of sustained progress in the direction of global justice is difficult to find.

Contrasts between national and global scales are brought into particularly sharp relief in relation to migration. While commentators such as Satvinder Juss argue that migration is a moral and an economic imperative that is in line with ‘global public interest’, defensive state responses to unwanted border crossing persist, and are intensified, as global crises continue to unfold. Even at the national level, the securitization of borders is contradictory having in mind the signals states give about the importance of global mobility to their economies and to cultural diversity – all of which benefit domestic populations. And while international law (particularly human rights), and many other regulatory systems, operate with the human as the core concern, the nation-state system continues to prioritize members/citizens.

In addition to denial of entry, another outcome for migrants arising from the contradictions inherent in restrictive border control and citizenship models are systematic exclusions from basic rights such as healthcare, education and social welfare. The differential treatment by nation-states of citizens and outsiders have serious consequences. This compounds the global injustices that often drive border crossing in the first place, by ensuring that migrants experience continuing inequities even after arrival at their destination. It would seem that the need for deep insights into the harms of current migration and citizenship policies, and new visions for a more globally just future in relation to migration and its aftermath, has never been more urgent, particularly as countries grapple with the ongoing Covid crisis.

These imperatives are at the core of the Handbook of Migration and Global Justice in which contributors explore tensions between international and national visions for human coexistence, harmony and mobility on a global scale. The handbook features leading international scholars and commentators who draw from a range of disciplinary and geopolitical perspectives and have agreed to take up the challenge of developing new visions for a more globally just future in relation to migration. While the majority of contributors are academics, the collection also includes the voices of those who have personal experience of the injustices inherent in contemporary migration regimes, alongside academics and practitioners who have gone on to become advocates for change.

In this series of blog posts written by handbook authors, we are pleased to feature a blog written by refugee advocates from the Last Rights NGO (see Bolton and Jarvis) who articulate a new framework to uphold the human rights of missing migrants and their families. Amongst our academic contributors, Nancy Wonders and Lynn Jones propose that migration itself should be viewed as a grassroots social movement with potential to build global justice from the ground up. Other contributions to this series highlight serious legal and structural barriers to achieving justice in and through migration for refugee children (Digidiki and Bhabha); Central American mothers facing dangerous and complex journeys (Varela-Huerta); precarious migrant workers whose human security needs are perceived to be at odds with state interests (Simeone and Piper) and racialized migrant groups, including asylum seekers facing deportation from Australia (Sharples and Briskman).

The handbook itself is organized under four thematic headings: Migrant Workers as Global Labour; Failures in Refugee Protection; Non-Citizens, Rights and Belonging; and Achieving Global Justice in and through Migration. Chapters in the first three sections concentrate primarily on identifying existing practices – including both structural conditions and state policies – that reflect and contribute to global injustice on the basis of citizenship and place of birth. In the final section, authors articulate possibilities for increased equity and fairness in the capacity of human beings to cross borders in search of employment, physical safety or an improved quality of life, and to realize these aspirations in their new place of residence.

In articulating possible pathways towards a more just world, authors draw on diverse intellectual framings and resources ranging from the geopolitics of labour, to human rights and global governance, normative political theory, the subjective and collective experience of border crossers, trans-border solidarity and the micro-politics of resistance.  Their chapters present visions for a closer alignment between migration and global justice at both macro and micro levels, advocating for change in the broader structures of colonialism and global capitalism that fuel global injustice, for inclusive perceptions of outsiders that do not constitute them as a threat, for the strengthening of global institutions, universal human rights guarantees and redistributive justice. While highly aspirational, they also acknowledge that the pathway towards the breakdown of distinctions between citizens and non-citizens and the transformation of global power structures present serious and longstanding challenges.

In the globalized, neoliberal and neo-colonial system of late modernity, states gesture towards upholding the human rights of all peoples yet implement policies and legislation that create injustice and precarity. As our authors demonstrate, resolving the contradictions inherent in our current approaches to migration and global governance in ways that support global justice will require multi-scalar change to address global socio-economic inequality, generate acceptance of recent and even longstanding migrant groups by populations, and break down aspects of the citizen/non-citizen divide that limit the realization of a truly global vision of human rights that embraces all humanity.

Against the Best Interests of the Child: The Global Injustice of Migrant Externalization 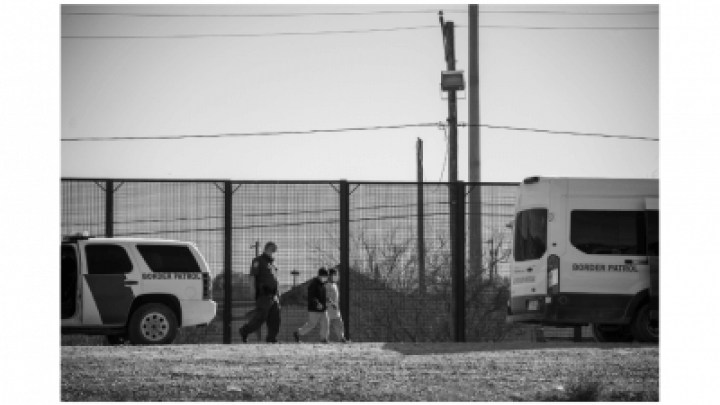 On the Perverse Trinity from which Central American Families Flee: State, Market, and Patriarchal Violence

From Rights to Risk: Labour Migration and the Securitization of Justice

Challenging the Borders of Difference and Inequality: The Power of Place, Processes, and People