The Nationality and Borders Bill 2021: From Empty Threats to Further Erosion of the Right to Seek Asylum

The new Nationality and Borders Bill is primarily oriented to sending a message to the British public that Priti Patel is tough on illegal immigration. Within the context of that broader aim of appearing tough on unwanted migrants, the Bill contains both unworkable plans which will likely not be realised, and workable plans which will likely happen. While it is clear that refugees will in all cases be the losers, disentangling the PR aspects from the genuinely dangerous aspects is going to be important for those seeking to challenge the Bill.

First, the context. Numbers of asylum applications are historically low, particularly in light of the pandemic. Successive rounds of new legislation since the early 2000s have made getting to the UK very difficult. Success for those in applying for asylum is ever more challenging, while people’s everyday life while awaiting a decision in their case is increasingly characterised by impoverishment and marginalisation. The asylum system is slow, opaque, under-resourced, and hostile to the people that it is designed to support. It takes a long time to decide cases and the initial decisions are often bad: 43% overturned on appeal. In other words: not that many people are arriving, those who do arrive have to deal with an inefficient and opaque bureaucracy within a system designed to limit success, and yet still most have such compelling cases that they are given refugee status.

So there is a problem, and that problem is bureaucratic. Legislation has also created another problem: dangerous irregular journeys. Carrier sanctions (fines for airlines and other transportation companies if they allow someone without a visa to travel to the UK with them), as well as tight controls at the UK border in France mean that there are no ‘safe and legal’ routes for refugees to reach the UK. That is, unless they wait in a UNHCR camp in their region of origin for the lottery ticket of resettlement. There are four million refugees in Turkey, 750,000 in Jordan, one million in Lebanon to pick just three examples. The UK took 3500 resettled refugees in 2020. The upshot is that people do independently travel to seek asylum, sometimes in a European country, and sometimes they express a preference for the UK (though only 0.6% of the population originally sought asylum). That might be because they have family here, or because they have applied for asylum in France and then have been made homeless, or because they experienced police brutality in Italy and France. There are a range of reasons, all of which seem perfectly rational if you take the time to ask.

Since there is no longer a way to safely and legally travel to the UK, a very small but inevitably increasing number of people pay smugglers to help them cross the English Channel in a small boat. Some of these people, adults but also children and even babies, die on these dangerous journeys. And now, having created a business model for smuggling, the response proposed in the Bill is to criminalise those people desperate enough to cross the Channel in a dinghy. Bear in mind here that those people are more likely than not to have a legitimate claim for asylum under international law.

The Bill proposes changes to the law to criminalise people who seek asylum on the basis of their mode of travel. This is based on the logic that refugees should seek asylum in the first safe country that they reach. But this demand, to apply at the first place possible, is, in fact, not a rule contained within the Refugee Convention, and there are many reasons why a person may not wish to stay in Turkey, or Greece, or France. The new Bill seeks to push back those seeking asylum in the UK if they have passed though a ‘safe’ country -which most will have. This is already a practice used by the British authorities -maritime law is used to criminalise people who have touched the tiller of one of these small boats. Indeed, as Colin Yeo has pointed out, quite a few aspects of this Bill are practices which are already used, making the need for a new Act of Parliament in some respects perplexing. Other examples include the use of detention as asylum accommodation for some categories of applicant, such as has already been seen in the Napier Barracks case.

Which brings us to those aspects of the Bill which seem unworkable but are clearly oriented towards sending a message -not to potential illegal migrants as is claimed by the Home Secretary- but to the public, who presumably are meant to lap up anything that sounds tough on asylum seekers. One example of this strategy is the claim that the UK will send people who seek asylum in the UK back to another country that they have passed through, such as France. Of course, no country has agreed to take these people and the chance that they will in the future is extremely minimal. A second example is the plan to offshore asylum decision making (and therefore asylum seekers). The Danish government have introduced a similar law to that being proposed in the UK, in which people who seek asylum in Denmark will be sent to offshore detention centres for ‘processing’. This fantasy of transporting unwanted people to an imagined elsewhere, anywhere, probably in the Third World, has a long lineage. Martin Lemberg-Pedersen has explained that in Denmark this is a piece of political theatre, with every country thus far declared to be ‘doing a deal’ with the Danish government to take asylum seekers off their hands, having vociferously denied any such deal exists.

The fact that some of the plans are practically unworkable and will probably never happen does not mean that we should not be worried. Nor should we be comforted by the fact that many of the plans don’t seem to be that new, will not solve problems with the UK asylum system on the government’s own terms, and will lead to further litigation and expense. The new plan to criminalise anyone who ‘facilitates’ ‘illegal’ entry, such as a RLNI lifeboat, is a Mediterranean style criminalisation of help, which could well usher in the creation of other crimes of solidary, though will inevitably lead to both litigation and blow-back for the government. In all cases and events, those who will suffer will primarily be people who are in search of asylum. Even if none of the plans come to fruition, the idea that boat arrivals in the Channel are a crisis of criminality which can only be solved with draconian laws and military rhetoric creates a toxic politics of fear and hostility. Some of the plans also will come to fruition, and those that do will see more people drowning in the Channel, more people imprisoned and deported rather than their asylum claim heard, more housed in squalid prison like accommodation. This is a humanitarian situation requiring calm and careful diplomacy which puts human dignity at the heart of developing sustainable responses. Unfortunately, this Bill does not propose such responses, and we may have to wait a long time for a Home Secretary who can offer that kind of leadership.

Mayblin, L. (2021). The Nationality and Borders Bill 2021: From Empty Threats to Further Erosion of the Right to Seek Asylum. Available at: https://www.law.ox.ac.uk/research-subject-groups/centre-criminology/centreborder-criminologies/blog/2021/07/nationality-and [date] 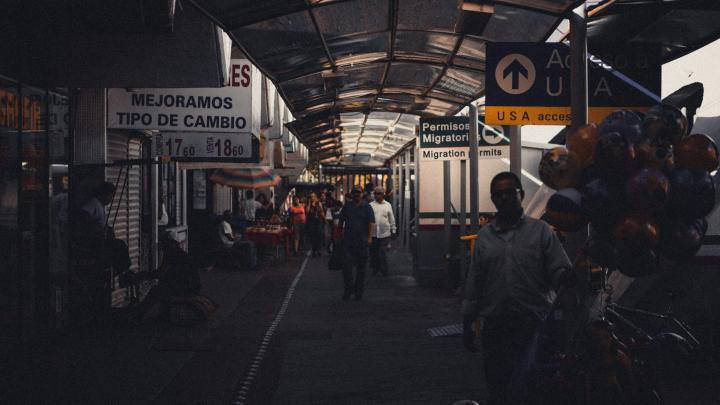