Guest post by Frances Webber, Vice-chair of the Institute of Race Relations’ Council of Management and a former barrister at Garden Court Chambers who specialised in immigration, refugee and human rights law until her retirement in 2008. She is the author of Borderline Justice: the fight for refugee and migrant rights. She tweets @FrancesWebber5.

In 1995, when I wrote a paper entitled Crimes of Arrival, I meant the title metaphorically, rather than literally: all the ways, from administrative detention to the ‘culture of disbelief’, in which asylum seekers and migrants coming to the UK were made to feel like criminals. By the time I wrote an update, Border Wars and Asylum Crimes, eleven years later in 2006, the criminalisation was literal – both of those arriving without documents and those bringing them. In a number of prosecutions of humanitarian smugglers in the late 1990s and early 2000s, the UK courts made it abundantly clear that the only relevance of a humanitarian motive was that it would reduce a prison sentence from (say) five years to three and a half.

In the intervening period, the EU had adopted in 2002 the Facilitators Package, a directive and a Framework Decision which required member states to prosecute those facilitating illegal entry, transit or stay in the territory of the EU. Unlike in the UN’s Smuggling Protocol, the profit motive is not an ingredient in the definition of facilitation of entry or transit in the Directive, although it is an ingredient of the facilitation of stay. The only concession to humanitarian smuggling is an optional exemption from prosecution which leaves it up to member states to decide whether those acting for humanitarian motives should be prosecuted or not.

The issue has been brought into sharp focus once again by the EU’s response to the humanitarian crisis reaching its borders in the past decade. As the Institute of Race Relations (IRR) reported in Humanitarianism: the unacceptable face of solidarity in November 2017, the EU’s downgrading of search and rescue in favour of policies of militarisation and deterrence, border closures and refusal of basic life-saving provision to those stuck at the border bottlenecks, created the need for assistance by civil society – assistance increasingly met by police harassment and intimidation, and sometimes by arrest, criminal investigation, prosecution and conviction. In that first report, we analysed 26 cases involving 45 individuals across Europe, criminalised in the previous two years for giving lifts and cookies in Denmark; lifts, warmth, shelter and food to those crossing from Italy to France; sea rescue off the coast of Lesbos in Greece; the by-laws in Calais and Ventimiglia prohibiting the ‘unauthorised’ distribution of food and water; the harassment of volunteers including members of religious groups providing showers to young migrants in Calais. The report showed how the criminalisation policies gave encouragement to the far Right, with its narrative of ‘invasion’ of Europe and the ‘treachery’ of Europeans who provide assistance. It also showed the strength of solidarity movements across the continent.

We sent the report to the European Commission, which just months earlier had said there was no evidence that humanitarians were being criminalised and so no need to amend the Facilitators Package. The response was not encouraging. So we carried on collecting data, and in April 2019 we published an update, When witnesses won’t be silenced: citizens’ solidarity and criminalisation, with 17 new cases involving 99 individuals since the earlier report.

Our second report demonstrated an alarming acceleration of arrests and prosecutions of civil society actors, often on more serious charges. Those prosecuted included the editor of Marie-Claire in Belgium, Anouk van Gestel, who put up homeless and destitute asylum seekers in her Brussels flat; members of a ski patrol in eastern France who brought migrants down from the mountains; sea captains and crew in Italy and Malta charged with incorrect registration of vessels or incorrect labelling of rescued migrants’ discarded clothes; and volunteers charged with membership of a criminal organisation, smuggling, espionage and forgery for rescue and ‘first response’ aid to landed migrants on the beaches of Lesbos. For over a year, Helena Maleno was under criminal investigation in Morocco for her highly praised work alerting coastguards of both countries of migrant boats in distress in the western Mediterranean, after a similar investigation in Spain was discontinued. Anti-deportation protesters were also targeted - in Iceland and Sweden as well as the Stansted 15 in the UK.

There is deliberation about the prosecutions: as regards sea rescue, the authorities clearly want to stop search-and-rescue NGOs operating in the Mediterranean, and through the criminalisation policies, together with refusing disembarkation and pressuring flag states to refuse registration, have almost succeeded in driving the rescuers out. They go hand in hand with EU-supported policies which force those trying to cross the central Mediterranean back to Libya and the prospect of detention, torture, slavery and now being shot, as the country descends again into civil war between the militias. As UNHCR evacuates migrant detainees from the risk of death in Tripoli’s prisons, more arrive, turned back from Europe. Now, with EU funding going to Morocco to stop migrants, police raids, brutality and detention are becoming increasingly common in that country too.

But the solidarity movement across Europe is also growing, in numbers and in strength. Sometimes the volunteers are refugees themselves. Others come from refugees’ families. Many are Europeans, made aware – through TV documentaries, books, magazines and blogs if not at first hand - of the enormity of the suffering endured by migrants, and of the death toll on the journey to Europe, and finding it impossible to turn away and do nothing. Actions like that of the Stansted 15, stopping a deportation flight by chaining themselves to the aircraft, inspire as well as educating in what deportation means; and the authorities’ decision to have a show trial on charges drawn up to counter terrorism – endangering the safety of an airport – amplified the protesters’ message, as well as enlisting the sympathy of many who would not have approved of the action but who saw the prosecution on such grave charges as heavy-handed and draconian.

A real battle for the soul of Europe is taking place, between those determined to seal the borders against those needing refuge, and those seeking to uphold the human values on which the EU is supposedly founded.

Humanitarian Smugglers? The EU Facilitation Directive and the Criminalisation of Civil Society 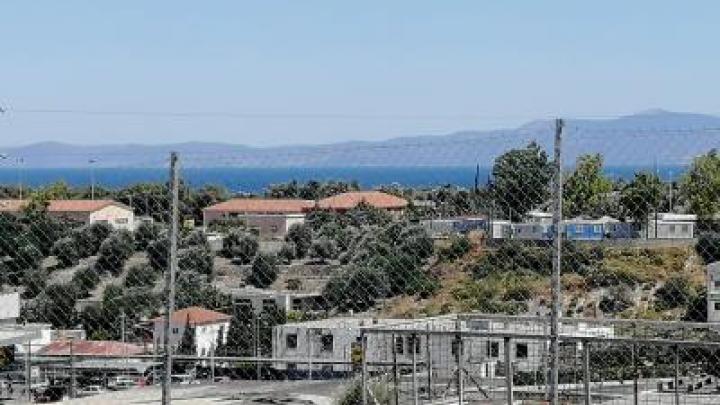