Post by Marta Welander. Marta is a doctoral researcher and visiting lecturer in the Department of Politics and International Relations at the University of Westminster and executive director of Refugee Rights Europe. In this blog, she reflects on the outcomes of the EU Summit in June 2018, and discusses the prospects for a humane European approach to asylum and migration.

The current state of affairs of the European asylum and migration reforms can perhaps be best described as a multi-layered web of both disparate and overlapping negotiations, numerous speculations, and the promotion of political agendas at national and regional levels. Where Europe might be headed in terms of asylum and migration is yet to be determined, but it is clear that the European Council conclusions adopted in June 2018, combined with national-level decisions, raise serious concerns regarding Europe’s ability to meet its obligations under international human rights law, to which they are signatories. Indeed, the prospects of a rights-based approach, which safeguards human security is looking bleaker than ever.

Following a marathon meeting of European heads of state as part of the Council of the European Union during the so-called EU Summit on 28 July, a set of conclusions were adopted (‘the Conclusions’). The first part of these Conclusions outlines the Council’s agreed position on migration, leading French president, Emmanuel Macron to suggest that European cooperation had ‘won the day’ while Italy’s prime minister, Giuseppe Conte, declared: ‘We are satisfied. It was a long negotiation but from today Italy is no longer alone.’ While essentially vague, the Conclusions place strong emphasis on ‘more effective control of the EU’s external borders’ and to further crack-down on ‘illegal border crossings into the EU’. Overall, the conclusions raise serious concerns regarding the future of the right to asylum under article 14 of the Universal Declaration of Human Rights and the core principle of non-refoulement contained within the 1951 Geneva Convention, as well as a wider range of universally adopted human rights such as the right to life and freedom from torture, degrading and inhuman treatment.

Indeed, the Conclusions contain an array of disconcerting provisions. In paragraph three, the Council expresses its intent to step up its support to the Libyan Coastguard as a measure to intensify its efforts stopping smugglers operating out of Libya. It further states that ‘All vessels operating in the Mediterranean must respect the applicable laws and not obstruct operations of the Libya Coastguard.’ The trouble with this is that the conditions to which individuals are returned in Libya when ‘rescued’ by the Libyan Coastguard are inhumane at best, and often deadly. There are no doubts about the atrocities unfolding on Libyan soil, including rape, extortion, torture and killings, as well as reports of slave auctions.

Individuals arriving from Libya, when interviewed by Refugee Rights Europe as part of an extensive research study in 2017, demonstrated wide-ranging physical ailments from their time in Libya. A 24-year old man from Chad reported that he had been beaten across the spine with a Kalashnikov in a Libyan camp where he had spent three months before arriving in Italy. Various forms of torture were reported. For instance, one Sudanese minor had been hung by his fingers for an extended period of time by Libyan traffickers, resulting in disfigured fingers and post-traumatic stress. One Sudanese man, who had tragically lost his brother on the sea when a vessel sank, recounted witnessing an infant being shot by Libyans whilst in the vessel in his mother’s arms. Another respondent explained that he had been detained and tortured in Libya whilst the people detaining him called his family asking for a ransom to be paid. A further respondent said he was feeling unwell because he had bad memories seeing hundreds of fellow refugees shot dead in Libya. He explained that there had been some 450 of them to begin with, but only himself and some 70 others made it out alive. Allocating increased resources to the Libyan Coastguard to handle the migratory situation in the Mediterranean therefore directly contravenes all values upon which the European Union was built, as well as international human rights law obligations.

Furthermore, the Council reemphasises its intention, in paragraph four, to ‘fully implement the EU-Turkey Statement, prevent new crossings from Turkey and bring the flows to a halt.’  Heavily criticised by human rights organisations, this deal violates international prohibitions on collective expulsion and ‘blanket returns’ by allowing Greece to return any so-called ‘irregular migrants’ to Turkey. According to Amnesty International ‘the premise on which the deal was constructed – namely that Turkey is a safe place for refugees – was flawed.’

Amnesty is amongst the groups who have highlighted the shortcomings of Turkey’s asylum system and the hardship refugees may face there, arguing that the EU-Turkey Statement is illegal and ‘unconscionable’. The organisation has documented cases where Syrian asylum-seekers were forcibly returned to Turkey without being given a chance to appeal against this return, which indeed is in breach of international law. Others have reportedly been returned by Turkey to countries such as Syria, Iraq and Afghanistan where they face serious risks of human rights violations. The deal has also meant that thousands are left in limbo, trapped on the Greek islands. Refugee Rights Europe interviewed several hundred displaced people on the island of Chios in 2017, and found an island at breaking point, with untreated health problems, squalid living conditions and increased tensions between desperate individuals. Intentions to continue working through the framework of the EU-Turkey Statement, and to ‘fully implement’ it is therefore highly disconcerting.

In addition to strengthening the controversial EU-Turkey Statement, the Council expresses in the fourth paragraph its commitment to supporting countries such as Spain, but also countries of origin and transit, in particular Morocco, as a means to stem arrivals via the so-called Western Mediterranean route. Such attempts to address arrivals from Morocco through outsourcing of border control is nothing new, and have previously been dubbed by groups like Human Rights Watch as ‘a recipe for abuse’ with Europe turning a blind eye to Moroccan rights violations and abuses against displaced people there. Increased financial support to Morocco therefore ought to be conditional upon the humane treatment of individuals, and should not preclude these individuals’ right to seek asylum and have their claims assessed in an adequate manner.

On a related note, the Council expresses in the fifth paragraph of the Conclusions, the idea of setting up ‘disembarkation platforms’ where those saved in search and rescue operations would be brought. As such, individuals saved at sea would not necessarily be brought to Europe to file their asylum claim, but possibly to countries in northern Africa, where they would be assessed. While it is not clear whether North African states would be willing or able to set up such platforms, there are once again serious concerns about whether human rights and safety would be assured, and whether asylum claims would be assessed in an adequate manner as per international obligations. Any such disembarkation platforms would have to provide adequate support to victims of trafficking, sexual violence and other traumatic experience, and it is unclear how the actors running such facilities would be held accountable. Disembarkation platforms would also need to safeguard the principle of non-refoulement, which requires trained staff, interpreters, legal aid professionals, and as proposed by the Council of Europe, ‘the possibility for the review of decisions by an independent body.’

The sixth paragraph introduces the idea of ‘controlled centres’ which are to be set up by member states ‘on a voluntary basis’ and in which rapid processing would take place, distinguishing between ‘irregular migrants, who will be returned, and those in need of international protection.’ This immediately raises concerns that such centres would operate along the same lines as the ‘hot spots approach’ in Italy and elsewhere, with an often unlawful and arbitrary selection process in which an unlawful ‘pre-evaluation’ of the validity of individuals’ asylum claims by police appear to be made upon the grounds of a person’s nationality, and where excessive police force, arbitrary detention and collective expulsions have been reported.

In parallel with the EU summit and its Conclusions, there is an ongoing array of national-level and bi-lateral processes and decisions seeking national-level ‘solutions’ within the wider European framework. In Germany, Chancellor Merkel has been navigating a serious standoff and potential government crisis over asylum policy with German Interior Minister Horst Seehofer. Horst Seehofer, who made a deeply unsavoury comment triumphing that his 69th birthday had coincided with the deportation of 69 Afghans from Germany, has been pushing his so-called ‘master plan’ which includes the idea of transit centres at the German-Austrian border where asylum-seekers would be held should they have registered in another European country. This proposal raised serious concerns that asylum-seekers would be kept in concentration camp-like facilities and was therefore countered with a somewhat less controversial counter-proposal by the government. The ‘master plan’ moreover includes provisions of tougher sanctions against asylum-seekers, the introduction of ‘one-stop’ centres, which would register, assess and deport asylum-seekers at fast pace, as well as strengthened border protection through the reinforcement of FRONTEX and through ‘disembarkation platforms’ in North Africa. Once again, all such components raise serious concerns about human security, the right to asylum and the principle of non-refoulement as contained within international conventions.

Meanwhile in Austria, the EU member state that currently holds the rotating EU presidency, giving it an opportunity to chair meetings and set agendas, the hard-line far-right interior minister Kickl intends to push for further changes, which would make it impossible to file asylum requests on European soil. Austria is looking to strengthen the militarisation of the European migration response by offering soldiers to the Balkans and North Africa, in addition to the several hundred soldiers currently deployed to assist Austrian border police, to ‘help control the flow of migrants into Europe’. Similar discourses of militarisation are also coming from Italy’s foreign minister, Enzo Moavero Milanesi, who is calling for the ‘rebalancing’ of NATO resources from Europe’s Eastern borders to the South to ‘help combat illegal migration’. Meanwhile, Italy’s anti-immigrant interior minister Salvini continues his media campaigns providing a ‘confused and misleading account of immigration’ and blocking of search and rescue efforts alongside Malta by closing Italy’s ports to aid groups, and promising to further renegotiate the terms of European missions to prevent the disembarkation of displaced people in Italy.

Tragically, while such discursive and de facto developments unfold at both the European Union and national levels, the human realities on the ground are perhaps bleaker than ever, with drownings in the Mediterranean reportedly having skyrocketed due to the obstructions against search and rescue vessels. Little to no concern is given to the thousands of asylum-seekers who remain trapped on the Greek islands in unacceptable living conditions causing increasing tensions and violent brawls, those experiencing violence, trafficking and sexual slavery on European soil, or those displaced persons who are hiding away in the woodlands of Calais and Dunkirk and in parks and streets of Brussels and Paris. The prospects for a human rights-based European approach to migration thus seem miserably unlikely. Ultimately, how much European leaders are willing to compromise on international human rights law obligations to protect the external and internal borders of Fortress Europe, remains a vital question. 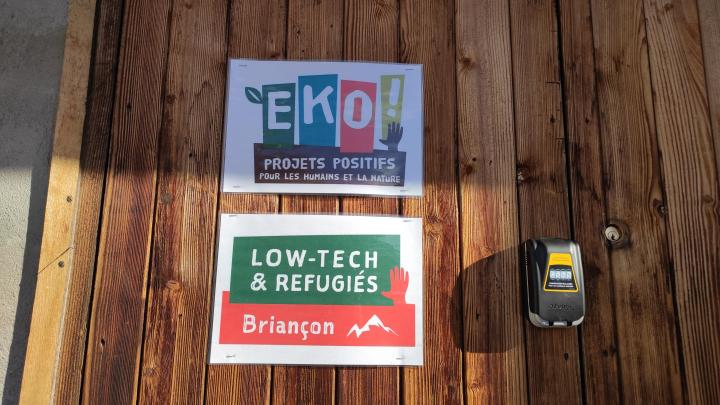 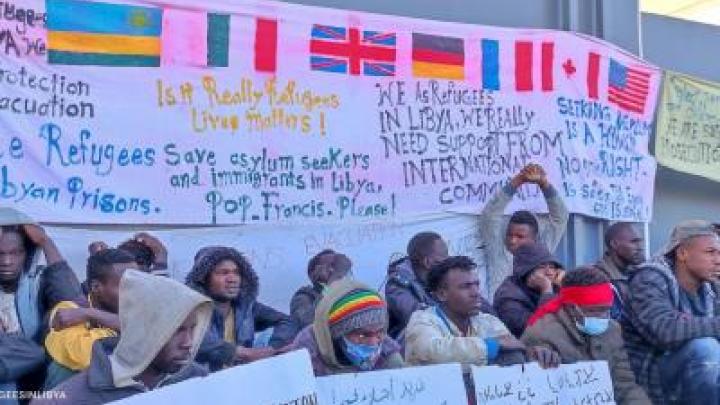