Guest post by Carlo Caprioglio, Francesco Ferri and Lucia Gennari. Carlo is a researcher and activist. He is currently a PhD Candidate in Legal Philosophy at Roma Tre University. Carlo’s research focuses on migration law, administrative detention, labour exploitation and clinical legal education. Francesco is a legal consultant for asylum seekers and refugees in a reception centre for unaccompanied minors in Taranto. He is an activist of the solidarity network ‘Campagna Welcome Taranto’, which deals with migrants passing through the city of Taranto. Lucia is a lawyer and activist based in Rome. She is part of the legal firm ‘Antartide’, which specializes in migration and asylum law. She is a member of the Association for Juridical Studies on Migration (ASGI). This is the fifth post of Border Criminologies' themed series 'Hotspots and Plethora of Freedom-Restricting Measures', organised by Izabella Majcher.

In the previous post, we described the implementation of the ‘hotspot approach’ in Italy. In this piece, we take the hotspot of Taranto as a case study through which to explore the changes that migration and border control policies have undergone in the country. Since 2014, the EU Commission has played a leading role in defining migration management policies in member states. As depicted in EU official documents (such as the ‘Agenda on migration’ and the Commission's proposals for new regulations on the European asylum system; see here, here and here), these policies aim to prevent the arrival of migrants in Europe, as well as migrants’ mobility across the EU internal borders. These aims are pursued through practices of selection between asylum seekers and economic migrants and flexible devices of confinement and detention, both of which are characteristic of the situation inside Taranto. Perhaps as a response to this, Taranto is home to a network of associations and migrants’ rights activist groups. As researchers and activists, we took part in the initiatives of two activist groups (‘Stamp Roma’ and ‘Campagna Welcome Taranto’) in support of the migrants transferred to the facility. This post presents the main findings of our research in the city of Taranto in April and August 2017, drawing mainly on participant observation.

The hotspot of Taranto is located several kilometres away from the city centre, in one of the most polluted areas of Europe, due to the industrial waste of a steel factory. Nonetheless, the location of the facility seems ‘strategic’ for two reasons. First, being in front of the north entry of the industrial port and very close to the highway, that connects Taranto with the main cities of Puglia region, it facilitates the administrative operations of the hotspot, i.e. the daily transfers of migrants in and out the facility. Second, its location so far away from the town, hides the facility from people’s eyes, as well as hampering monitoring by civil society actors.

With regard to the key features of the hotspot, our research confirms the concerns we have already raised regarding the operation of the hotspot system in Italy. In fact, the practices and procedures that are currently carried out in the hotspot of Taranto are organized around the aim of the arbitrary ‘classification and selection’ of migrants between so-called ‘economic migrants’ and ‘asylum seekers’.

Upon their arrival at the port of Taranto, migrants are divided into groups according to their nationality, in order to receive differential legal information; thus, differentiating between ‘economic migrants’ and (potential) ‘asylum seekers. Asylum seekers have access to the reception area of the hotspot, which functions as an accommodation facility, and they can exit the facility during the day. At a later stage, they are transferred to first reception centres to initiate their asylum procedure.

While those considered ‘in clear need of protection’, on the basis of their nationality, are provided with services of first aid and reception, the hotspot of Taranto becomes a path to ‘illegality’ for those who do not fit that ambiguous and undefined category. In fact, those classified as ‘economic migrants’ are treated as a public order issue: thus, they usually receive an expulsion decree, with the order to leave the national territory within 7 days. At present, they are rarely transferred to pre-removal centres (CPR) as they run at their capacity. A recent event confirms the unlawful practice of selecting and classifying migrants even before their arrival at the hotspot. On the 4th of November 2017, following the docking of a ship that brought several hundred migrants rescued in the Mediterranean to Italy, around 70 persons from Morocco were separated from the others on the dock. Considered to be ‘economic migrants’, they were excluded from the asylum procedure and did not receive any information on the right to ask for asylum and the legal remedies provided by EU and Italian law against expulsion. Therefore, having been de facto ‘illegalised’, they received expulsion decrees and they left the hotspot facing constant risk of detention and removal. Against this context, the hotspot approach is more than just a ‘neutral’ procedure, as intended by the EU and official Italian documents. Rather, the hotspot practices have real, tangible and severe material consequences for the lives of many migrant women, children and men who arrive in Italy.

Another defining feature of the Taranto facility is its operation as a hotspot for those apprehended in the border cities of Northern Italy. For instance, in the period between March and October of 2016, of the overall 14.576 migrants identified in Taranto, 9.528 people came from the internal borders of Ventimiglia and Como, as well as from Milan. The official reason for the transfers of migrants from the internal border areas of Northern Italy to Taranto was ‘public order’. In fact, as stated by the Chief of the Italian police Gabrielli, the purpose was to reduce the pressure at the internal borders: in his words, “to relieve the pressure, it means to take these people and bring them somewhere else”. In the absence of established legal provisions and guarantees, the measure of forced transfers severely restricts migrants’ freedom of movement. This begins in the police stations of Ventimiglia or Como, lasts for the entire bus journey to Taranto (more than 1000 kilometres) and ends after the procedure of (re)identification.

In the hotspot of Taranto, migrants are again identified and administrative actions are taken on the basis of their individual juridical status (the issuing of expulsion decrees, for example). It is important to highlight that this practice not only includes ‘irregular migrants’ but also applies to asylum seekers and holders of residency permits despite the fact that no Italian law allows for the restriction of the freedom of movement (and residence) for regular migrants within the national territory. However, after the (re)identification procedure in the hotspot, asylum seekers receive a written order to go – at a specific date and time – to the central police station where they originally applied for asylum, in order to ‘regularise their position’. The order also explains the risk of criminal sanction in cases of non-compliance. Besides the unlawfulness of this practice, it also reveals the political will to confine asylum seekers to the territory where they presented the request for international protection; in other words, in the places decided for by Italian police authorities and the government.

In conclusion, our research in the Taranto hotspot offers some initial reflections on the perspectives and methodologies of studying current policies of migration management. In this research, we opted for a ‘situated approach’: namely, we moved from the everyday experience of migrants who undergo the arbitrariness and violence of the hotspots (and of the border and migration control regime in general) to analyse the functioning of the Taranto hotspot and, through it, to critically understand some key features of the Italian hotspot system. Our research unveiled how hotspots constitute mutable mechanisms that constantly change in order to deal, not only with the different bureaucratic and political aims, as the practices of the transfers from the Northern borders highlights, but also with the surrounding social background and power relations within it. Thus, the hotspot of Taranto can be understood as a ‘flexible and manifold’ device, which offered a means to manage migration and appease Italian citizens by confining threats to public order. At the same time, the ‘flexibility’ that characterizes Italian hotspots means that facilities are not resilient to change, highlighting the importance of the work of civil society. For example, the reduction of the length of (informal) detention appears, at least in part, to be the result of several criticisms levelled by civil society organisations and activists’ groups. Therefore, we argue that any kind of research inside these facilities, should go beyond academic critique to foster opportunities for political action that might challenge the on-going transformations of border and migration control policies in Italy.

Note: This post has been written before February 2018. In March, two hotspots – Lampedusa and Taranto – were closed for renovation, following unrest and several reports by NGOs and activists regarding the living conditions in both facilities. 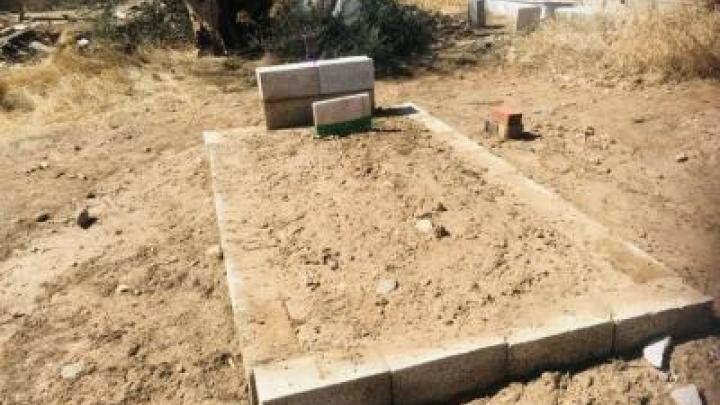 The Elgar Handbook on Migration and Global Justice