Let the Right One In – On Migration Authorities’ Resistance to Research

We fully understand that your organisation is under immense pressure at the moment. However, we would highly appreciate if you would consider our request. From our perspective, the experiences and practices of migration officials are of vital importance for understanding the preconditions of migration control

Following the approach of Michael Lipsky, our PhD projects explore the discretionary practices and sense-making among street level bureaucrats, in an attempt to bring transparency to the often-hidden street-level dynamics of control in different corners of the European ‘migration regime’. This regime is characterized by complex and often-changing legal frameworks and involves many different state agencies and levels of hierarchy, which makes it difficult to navigate, not only to those subjected to its control but also for external observers. We find Veena Das and Deborah Poole’s concept of ‘illegibility’ useful for describing how state power operates through unpredictability and ‘unreadability’ of its logics and practices.

In both our research projects, we have found that a plethora of competing ‘truths’, discourses, legal practices and a resulting confusion regarding practices prevail among state officials tasked with enforcing migration control. Our efforts and requests to be ‘let in’, some successful and some unsuccessful, turned out to be an illustrative example of such unreadability in practice. In this blog post, we show how what at first merely appeared as a methodological challenge came to generate important knowledge about the object of research: the state itself, its knowledge production, and different modes of self-representation.

The rejections to our requests to access the desired sites were often vague – as were the suddenly positive responses we received. As bureaucratic paths to acquire access were often absurdly complex, it was unclear to us who finally decided on our access and who had been informed about our research request. However, the labyrinth of decision-making and decision makers also provided opportunities to ask for access again (and again, and again). Importantly, and somewhat surprisingly, we found no pattern in terms of which countries proved more open to give us access, nor in terms of which agencies we eventually were granted access to. For instance, the Swedish Migration Agency took us two years longer to access than the Latvian State Border Guard Service. When we systematically analysed and compared all our received rejections, we found three main official arguments for rejecting research access. First, time and resource constraints:

While I was told by a legal investigator working on the higher ranks in the border police that I 'cannot be allowed to work with them, as I – as an independent researcher not employed by their agency - would not be bound by their confidentiality agreements', it turned out to be perfectly fine to take part in the general confidentiality course held in one police region. This course has to be absolved by all the contractors working for the police. Suddenly I was able to follow their work and was bound to their confidentiality as easy as all the other people working within this institution (Notes on Swedish border police, 2016).

The field note above leads to a third hurdle we have encountered: the sometimes absurd or even contradictory statements, which we have yet to make sense of. Sometimes contradictory messages were communicated to us from different levels and departments of the same state agency. As a result, a definite ‘no’ due to issues of confidentiality could suddenly be solved. Especially when we reached the street-level of state agencies, we often encountered more positive attitudes to having a researcher present than we had found at the managerial level:

'We have nothing to hide, the police should be transparent and is transparent. We should show how we work and what we do, because there is nothing wrong with it.'  (Interview with Swedish Border Police 2017).

The reasons for the more welcoming attitudes on the street level might be that ‘we’, in the personal encounter, became readable to our research participants. Our gender, age, and nationality, as well as the  innocent - and relatively powerless - figure of a ‘student’ were surely part of the reason why police officers, Red Cross volunteers, and migration officials would comment that we ‘did not look so dangerous after all’. This is not to say that officials were not suspicious of us. They frequently commented on our frenetic scribbling. Officials were especially concerned about preserving their confidentiality vis à vis the managers of their own organisation. As a state border guard from a Baltic state told us, ‘they would chop my head off if they heard me saying these things to you’. Such statements revealed that behind the official discourse of state agencies, or their ‘public transcript’ in the words of James Scott, we can find hidden transcripts made up of gossip, internal opposition, and subversive speech acts.

Researching the Unreadable State: Access as a Constant Struggle

The unpredictability characterising state agencies’ strategies to either reject or let researchers in proved useful for studying the disaggregated nature and the internal conflicts characterising the state. These internal differences were reflected both in the messy handling of our research requests, and in the diversity of ‘truths’ that co-existed within state agencies with regard to how things were, and should be done. We noted that some street-level officials actively made use of our presence to promote a different understanding of migration control enforcement than the ‘public transcript’ suggested. Considering the mixed messages and contradictory discourses and practices we encountered in our interactions with state actors, it should come as no surprise that the state appears as unreadable to those subjected to its power. The illegibility effect makes the state at once fragmented and more powerful. Yet the fragmented nature of state agencies can also open up for practices that are more favourable for migrants than originally intended in policy or in the formal regulations of the bureaucratic apparatus.

Lindberg, A. and Borrelli, L. M.  (2017) Let the Right One In – On Migration Authorities’ Resistance to Research. Available at: https://www.law.ox.ac.uk/research-subject-groups/centre-criminology/centreborder-criminologies/blog/2017/11/let-right-one (Accessed [date]).

Traveling into A ‘Black Box’: Elite Interviewing in Brussels

Themed Fortnight: From the Field, Over Time 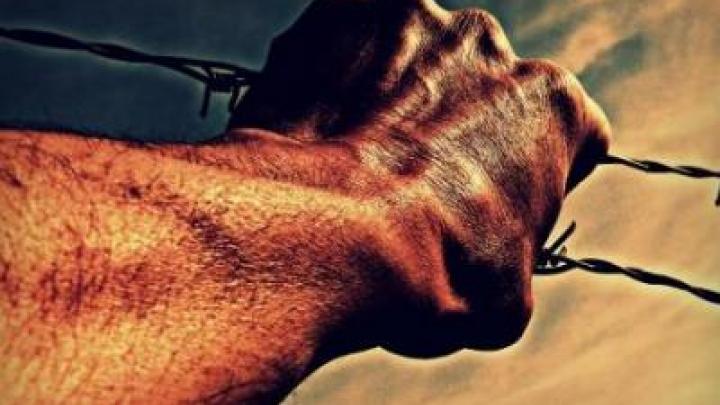