Traveling into A ‘Black Box’: Elite Interviewing in Brussels

Post by Samuel Singler. Samuel is a PhD candidate at the Centre for Criminology, University of Oxford. His PhD research critically interrogates the role of novel surveillance technologies in the global criminalization of migration. Alongside his PhD, he has worked on two projects pertaining to migration control in the UK: one examines the quality of life in immigration detention, while the other focuses on the UK migrant escorting and deportation apparatus. This post draws upon his MPhil research, which received the 2019 Border Criminologies Masters’ Dissertation runner up award. He is on Twitter @SamuelSingler.

The political significance of ‘security devices’ has recently been the focus of innovative and insightful scholarship within Border Criminology, Critical Security Studies, and International Political Sociology. Against this background, in my MPhil thesis I critically assessed three recent initiatives relating to the European Union external border control apparatus: the Entry Exit System (EES), the European Travel Information and Authorization System (ETIAS), and the Interoperability Framework (IF).

In this post, I discuss my experience of empirical fieldwork focusing on security devices. I center the discussion on the concept of the ‘black box,’ which figures prominently in both journalistic and academic discussions of surveillance technologies. As we shall see, the colloquial understanding of the black box is distinct from the way in which I employed the concept in my thesis. This distinction has important implications for empirical research, and ultimately led me to conduct elite interviews with EU officials in Brussels. I draw on that fieldwork experience in order to discuss the difficulty and value of conducting elite interviews in security-related empirical research.

‘Opening up’ the black box?

Colloquially, black boxes are often understood in the sense of impenetrable objects, particularly relevant in the context of novel technologies based on machine learning and neural networks. This usage arises from the technical characteristics of self-learning machines and algorithms: while human programmers and operators can see the inputs and outputs of such systems, their inner workings remain ‘as opaque as the brain.’

Research questions formulated upon this understanding of black boxes would likely relate to the inner workings of security devices. For instance: How exactly does the biometric facial recognition algorithm of the EES match a live facial image to a record in a database? How does the ‘algorithm enabling profiling’ in the ETIAS justify the decision to flag an applicant as a potential security risk?

However interesting such questions might be, they can be problematic when attempting to conduct research into the political significance of security devices. For instance, the inner workings of the risk profiling algorithm of the ETIAS really do remain opaque even to its developers, precluding the possibility of meaningfully ‘opening up’ this black box. Even in cases where source code remains relatively transparent, researchers are likely to run into limitations of technical literacy. Moreover, as has become commonplace in response to accusations of gender and racial bias in facial recognition algorithms, developers often hide behind what Till Straube calls the ‘fallacy’ of separating ‘a device into a “neutral” algorithm and “problematic” data.’ Thus, researchers focusing on the technical operations of biometric recognition algorithms may find that their political inquiries are displaced by appeals to technical distinctions. Ultimately, a purely object-based understanding of the black box will produce only limited contributions toward politically insightful critical research.

From object to process

More fruitful for critical inquiry into security devices is focusing on black-boxing as a process. For Michel Callon and Bruno Latour, black boxes are not passive technical objects, but actively constructed assemblages of ‘modes of thought, habits, forces, and objects,’ which become taken for granted and thereby ‘no longer need to be reconsidered.’ In other words, critical research aiming to ‘open up’ the black boxes of security devices should focus on the myriad networks of actors, objects, policies, practices, and assumptions that make their continued operation possible.

Following this reconceptualization of black-boxing as an active process, I sought to ‘travel to’ the sites of black-boxing, instead of seeking to ‘open up’ black boxes. Of course, researching and writing an MPhil thesis is characterized by limited resources, time, and writing space. For this reason, I restricted my empirical fieldwork to interviewing those actors most immediately involved in the development of the EES, ETIAS, and IF, namely the European Commission, the European Parliament, and the European Data Protection Supervisor. This restricted set of actors meant that I was unable to fully map the networks underlying the border control tools I was researching. Moreover, this narrow focus on elite-driven processes has its limitations. Nonetheless, I gained novel empirical insights by talking to actors whose motivations and understandings have often been indirectly inferred from official documents in earlier scholarship.

As highlighted in the recent volume edited by de Goede, Bosma & Pallister-Wilkins, security-related empirical research can run into difficulties relating to access, secrecy, and trust.

As my professional and personal networks in Brussels were sparse, I began my research by directly contacting potential interviewees via email, simply explaining the nature of my research and requesting an interview. Perhaps unsurprisingly, the response rate was initially low. Moreover, many respondents declined due to a fear that the research might touch upon classified topics that could not be openly discussed. Nonetheless, I was able to arrange a handful of interviews as well as pre-interview discussions over the phone, in turn leading to introductions with other potential interviewees. These ‘insider’ introductions were crucial in gaining the trust required to access key interviewees, many of whom had previously ignored my direct communications.

Interview access, however, was not the only obstacle to gathering meaningful interview data. Once in Brussels, I encountered another level of secrecy, mistrust, and credibility-testing at the beginning of nearly every interview I conducted. Although interviewees had consented to the interviews, they remained skeptical of outsiders. Thus, many interviewees initially questioned me about highly specific details of relevant legislation, the technicalities of the systems we were to discuss, and recent events in EU migration politics. Only once I had satisfactorily responded to these questions did the interviewees begin to relax and to discuss the topics at hand more openly, highlighting the importance of thorough background research.

Once this initial hurdle of credibility-testing had been overcome, interviewees were remarkably candid in their comments. To be sure, they invariably requested to remain anonymous in the research, yet even then I was surprised by the levels of frankness exhibited in interviews discussing politically sensitive security-related topics.

Elite interviews might not be the most intuitive research method for those interested in analyzing security devices. Nonetheless, they formed a crucial component of my MPhil thesis; their value was twofold.

First, engaging directly with high-level EU officials garnered insights into the particular understandings and framings they used to make sense of their work. The candid remarks made by officials—for instance comments about migration being a ‘crime issue,’ or that concerns relating to racial bias in security devices are valid but unimportant—were crucial in understanding the active processes which shaped the development of the EES, ETIAS, and IF. I referred to these processes as ‘translation,’ ‘securitization,’ and ‘black-boxing’ in my thesis.

Second, elite interviewees gave insider accounts of the institutional politics within and between the various EU bodies, thus illuminating the complex modes of political contestation shaping the policymaking process in Brussels. Contestation within these networks was another important component in the stabilization of the black boxes constituting the EU external border control apparatus, yet one which remains hidden from publicly accessible official documents.

In these ways, elite interviewing acted as an insightful method of ‘traveling into’ the black boxes of high-tech border controls, although not in a narrow technical sense of revealing the lines of code which will shape travel authorization decisions in the future. Rather, interviews served to illuminate the processes of black-boxing that have influenced the enactment of EU external borders. These borders are enacted both along the geographical boundaries visible on maps, as well as far from these locations through security devices constituting what Todd Miller calls the ‘cyber-physical walls’ of ‘our global borders.’

Connecting the Dots? PNR and Air Passenger Surveillance in Europe 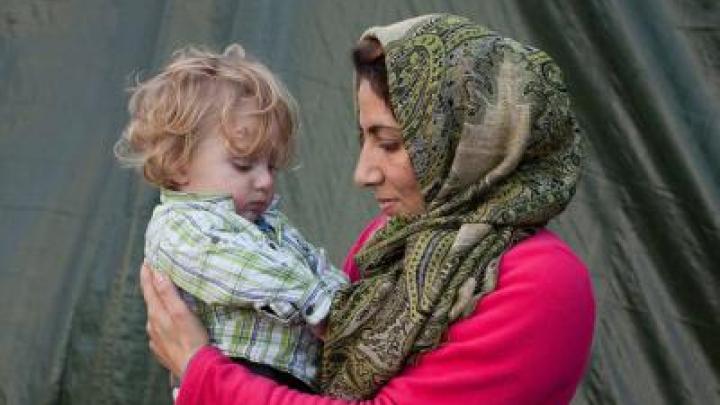