Between Fascination and Fear: Reflections on Conducting Research in a Dangerous Prison

In this guest post, Lirio Gutiérrez Rivera responds to Border Criminologies’ recent blog entry 'Ethnography as Embodied Research'. Lirio studied political science and anthropology and her research focuses on prisons, marginal youth, violence and crime in Latin America. She is the author of Territories of Violence : State, Marginal Youth, and Public Security in Honduras (Palgrave).

My doctoral research sought to understand why Mano Dura “security” policies in Honduras had failed to reduce violence, delinquency, and crime. The main targets of these policies were youth gangs known locally as maras, who captured headlines in the 1990s due to their popularity among marginal youth and their violence. Originating in Southern California, the two main maras, Mara Salvatrucha (MS) and the Dieciocho (18th Street Gang, hereafter M-18), have developed into transnational gangs (Wolf 2012, Cruz 2010), largely as a result of changes in US immigration policy that led to the deportation of migrants with criminal records (Zilberg 2007). Governments in Central America, mainly Honduras, El Salvador, and Guatemala, responded to the maras with force, stepping up their policing and incarceration of this group.

When starting my research, I knew that it would not be easy to find members of the maras: many were avoiding the streets. As Mano Dura policies resulted in the imprisonment the maras, I decided to look for them in prison. I met with the director of the Pastoral Penitenciaria of Tegucigalpa, a program of the Catholic Church that provides spiritual services to inmates, and upon explaining my research and interest in speaking with the maras, he agreed to take me to the main penitentiary located about 30 kilometers from Tegucigalpa. He warned me that the maras would have the final say on my access. “Just be honest with them,” he said. “Tell them why you are there and they’ll decide if you can stay.”

I was both excited and nervous. It was my first time in prison. I had been warned me not to go to there, or to any other prison in Honduras. The prison massacres of 2003 and 2006, that resulted in the death 69 and 107 inmates, were still fresh in people’s minds. We arrived at the penitentiary and headed to the block of one of the maras. The director spoke with some gang members and signaled me to come inside. He introduced me as we walked through the block. Some greeted me politely, yet I could feel they were cautious. Others ignored me completely. I started to wonder if it was a good idea to come here. How do you engage with people who are distrustful, angry, and capable of violence? Was I in danger? I asked myself these questions every time I entered the penitentiary over the following three months until another massacre forced authorities to shut off the penitentiary to visitors, NGOs, and faith-based organizations.

Conducting research in the penitentiary was not easy. Not only did I have to deal with the constraints of the prison administration, but I was also challenged by the gang members. Even though I was allowed to enter their block, I was not permitted to take photos or record any conversations. Recorders and cameras reminded them of reporters who they mistrusted. Not everyone was hostile, however. Some were more open than others. The fact that I arrived with a faith-based organization made my entry into the maras’ block (as well as the prison) easier, not only because many of the men were religious, but also because they trusted the director of the Pastoral Penitenciaria. Being female was an advantage, but only to a point. Whereas the maras’ view of women as mothers―caretakers who are fragile and subordinated―made it easier for some to open up, maras are also known for their violence against women (e.g., rapes, sexual assaults, beatings). I must admit I never felt completely safe and I always made sure the director of the Pastoral Penitenciaria was within eyesight when I engaged with them.

Whether such ‘tactics’ really protected me, or I was just plain lucky, or I was never in any real danger, I will never know. But I will not forget the day when two gang members approached me and said the jefe (boss) wanted to speak to me. I did not give it a second thought; I got up and followed them. They took me to their ‘cells,’ an off-limits area to me. As we were walking, I realized I was going to be alone with them and feared that something might happen to me, but it was too late to turn back. Alone with two gang members and face-to-face with the boss, I felt the fragility of the prison system and the latent danger looming in the atmosphere of that ‘cell’. I recalled my previous conversations with the director and other gang members: I had learnt that honesty is appreciated, and that not showing fear earns you respect among gang members. My instincts told me to go with honesty and to hold my ground, that in doing so nothing was going to happen to me. And nothing did.

Looking back, I wonder to what extent who I am influenced how my prison visits played out. One would think that being a local and speaking the same language, it was easier to access this group, but this was not always the case. Maras detained in another prison denied me entry for reasons I will never know, while permitting a white female German postgraduate student to interview and tape them. Was this a racial preference or was it the distance of her social world that made her more trustworthy? Being perceived as ‘mestizo’ or perhaps Latina may have played a role in denying me entry in that prison. I know that class differences made it difficult to establish a connection at times. As a well-educated middle-class female Honduran, I felt somehow compelled to downplay my background and not share some facts about my life. I feared I would appear too privileged and ‘inaccessible’ to males living under what Vigil’s (1988) has termed ‘multiple marginality’. However, sharing my own migratory experience and struggles in the various places I have lived helped establish a connection. In the fragile and brutal environment of the prison I visited, I was forced to reexamine and reposition my self vis-à-vis the imprisoned maras, not only reflecting on what separated us in terms of gender, race, and class, but also discovering affinities with persons who apparently seem so distant.

Want to start a discussion about this topic? Post a comment here or on our Facebook page. You can also tweet us. At Border Criminologies we would like to hear about your experiences and thoughts regarding the embodiment inherent to ethnographic research, in particular in contexts of mobility and border control. Email us your story, your comments ,or simply the reference to a relevant publication that you would recommend.

Gutiérrez Rivera  L (2013). Between Fascination and Fear: Reflections on Conducting Research in a Dangerous Prison. Available at:  http://bordercriminologies.law.ox.ac.uk/between-fascination-and-fear/ ‎(Accessed [date]). 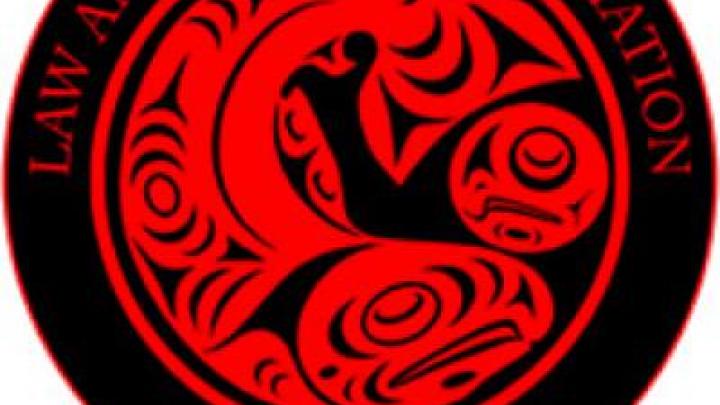