Guest post by James Bridle, a writer, artist, and publisher based in London, UK. His work can be found at http://booktwo.org/. Follow James on Twitter @jamesbridle.

My work ‘Seamless Transitions’ just opened at The Photographer’s Gallery in London. It’s a short film which takes the form of three tours around significant sites of immigration detention, judgement and deportation in the UK. I’ve written an article for the Guardian about the significance of these three sites; for Border Criminologies I want to write a little about the how and the why of the artwork.

In December of 2013 I found myself sitting outside the fence of the Inflite Jet Centre at Stansted Airport in the middle of the night, watching deportees being loaded off buses and onto a charter plane bound for West Africa. While I knew a little about the background to these deportations, and the legal justifications for them, what struck me most was the incongruity and apparently deliberate obfuscation of what was happening: a luxury private jet terminal being used to hurry overwhelmingly poor and vulnerable people out of the country under cover of darkness and blanket security.
I had the same feeling about visiting the Special Immigration Appeals Commission (SIAC) in the City of London, a court explicitly designed around the controversial use of secret evidence in (allegedly) terrorism-related immigration appeals. I’d first come across SIAC as part of my work on drones and citizenship, but I hadn’t actually visited a courtroom before. I had a nice chat with one of the guards on the door, who extolled the transparency of the British justice system, but it turned out we were shut out of the courtroom for two hours because it was in ‘secret session.’ When we were allowed in, even the presiding judge seemed angered by the conditions imposed on him. The final site, Harmondsworth detention centre at Heathrow Airport, I knew I could visit, but I would never be able to get inside. So how to see, and share, the reality of these spaces?

For years, I’ve been fascinated with the increasing visibility in the world of unreal representations: the computer-generated images of products, buildings, even whole districts. If you watch TV adverts carefully, you start to notice the impossibly clean lines of fitted kitchens and background streetscapes; the entire IKEA catalogue is made up of 3D renderings of ‘real’ things. And if you walk around our cities, every building boarding features the always-sunny, impossibly-happy appearance of new developments, none of which ever match up to reality. For a while, I was obsessed with the people who appear in these visualisations: cut-outs from somewhere else, living in limbo, literally rendered. Last year, I followed them out to the New Mexico desert in an attempt to understand them, but I didn’t get to meet any. They remain as distant as any other digital construction.

At the same time, I believe these unreal representations to be emblematic of some truth about the present that we live in: a technologically augmented reality which both obscures the true intentions of its creators while simultaneously offering us a clearer view of the realities of power than anything we have been able to see before. The images are shaped by our expectations and desires of the world, and end up shaping it in turn. The distribution of agency―between architect, developer and engineer, visualisation artist and software designer―both muddies our understanding of who is responsible for the built environment, and gives us a guide to understanding how the world is in reality a complex, shifting framework of laws, intentions and dispositions. No single person designed our immigration system or the legal and social constructs which underpin it, no single agency, corporation or judiciary has full responsibility for it. This has always been the case, but the ways we tell stories to understand it might be able to adjust to explain it better with the assistance of these new tools.

In order to create Seamless Transitions, I worked with Picture Plane, a professional architectural visualisation studio, whose work I have known and written about for some time. I’ve long admired their ability to create not merely representations of virtual spaces, but the mood and atmosphere of them. These visualisations are not just pictures of places, they are guides to living in them, encoded expectations of their use and experience. Would it be possible to invert this relationship, to use these tools to reverse engineer the intentions of the immigration system through its architecture, and make visible not just the experience, but the framework and process that underlies it?

In order to recreate SIAC, Harmondsworth, and the Inflite Jet Centre, we used a number of techniques. We used publicly available photos from Google Maps and Street View―the same ‘open source intelligence’ approach I take to explore remote and secret drone bases in my ‘Watching the Watchers’ project. I acquired floorplans and elevations of the sites via planning applications filed with local councils and made available on their websites―or, for a small fee, from the planning department. We studied both official websites, and reports from activist organisations and artists. The photographer Melanie Friend’s series Border Country, which explores immigration removal centres around the country was a great help, as were the photos which appear in Border Criminologies’ Director Mary Bosworth’s book Inside Immigration Detention. Sarah Turnbull, Postdoctoral Research Fellow at the Centre for Criminology, was kind enough to visit the studio and give her advice on the interior aesthetics―and experience―of detention centres. Half way through the process, the Inflite Jet Centre even posted their own ‘virtual tour’ on their website―although without the darkness and heavily guarded holiday coaches which I saw there, and which appear in our film. While you’re not allowed to take cameras into courtrooms, that’s not really a problem when your fellow visitors are trained architects with an eye for detail and a good memory.
And so each of these sites was mapped, filled and coloured in, textured and rendered by Picture Plane’s highly skilled animators, and presented to the public on the high-definition video wall at The Photographer’s Gallery, where it appears for the next two months. It will appear in other venues over the next few months―many more, I hope.

Before the opening, I was giving a short talk to the gallery staff about the work, and I was asked why there were no people in the film. I slightly fudged my answer―in part out of a kind of shame that I still know so little about, and am so distant from, the real people on whom the weight of these real spaces falls so heavily. The film is itself at a distance; like all simulations, it cannot possibly convey the bodily, fleshy, visceral realities of detention and deportation. But as we went through the rest of the gallery, which currently hosts Mark Sealy’s superlative exploration of the Black Star archive, ‘Human Rights Human Wrongs,’ I realised the work was doing something slightly different to that tradition of direct, subject-oriented photoreportage. Seamless Transitions is not about the individual stories of immigrants and borders―as necessary and important as those stories are. It’s about the unaccountability and ungraspability of vast, complex systems: of nation-wide architectures, accumulations of laws and legal processes, infrastructures of intent and prejudice, and structural inequalities of experience and understanding. Through journalistic investigation, academic research, artistic impression, and, I believe, the confluence of these approaches with new technologies, there is an opportunity to see, describe, and communicate the world in ways which have not been possible before.

Seamless Transitions is showing at The Photographer's Gallery, London, from 6 February to 15 April 2015. Also see James' recent entry about this project on his blog. 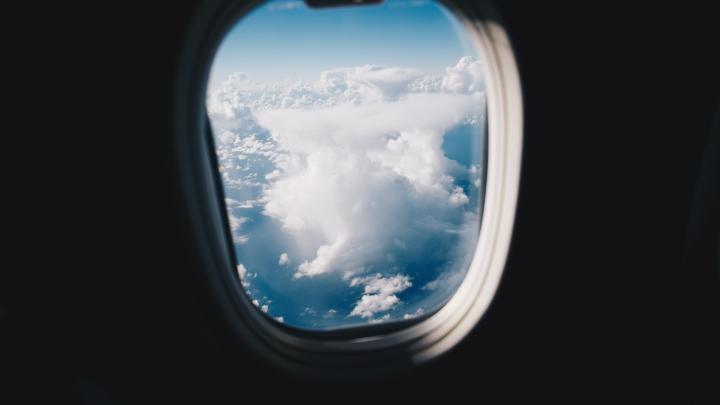 ‘The Silent Sentence’: The Impacts of Character-Based Deportation on New Zealander Deportees from Australia and Family Members