The Border is a Colonial Wound: The Rwanda Deal and State Trafficking in People

The border is a “colonial wound” that is designed for bordering and ordering – b/ordering – of the racialised and illegalised people by any means. The UK’s Nationality and Borders Bill and its subsequent offshore detention deal to deport people desperately seeking refugee to Rwanda is enactment of this exclusive b/ordering regime. One does not need to read between the lines to understand the objectives of the UK’s so-called “Arrangement” with Rwanda as set out in article 2.1 and 2.2 of the Memorandum of Understanding:

2.1 The objective of this Arrangement is to create a mechanism for the relocation of asylum seekers whose claims are not being considered by the United Kingdom, to Rwanda, which will process their claims and settle or remove (as appropriate) individuals after their claim is decided…

2.2 For the avoidance of doubt, the commitments set out… do not create or confer any right on any individual, nor shall compliance with this Arrangement be justiciable in any court of law by third-parties or individuals.

These b/ordering arrangements pushes refugees and people seeking asylum into spaces of exception and extra-legality through a discriminatory policing at national (e.g., the Nationality and Borders Bill) and bilateral (e.g., the Memorandum of Understanding between the UK and Rwanda) levels. It does so in newly designated detention spaces like Manston, like the mandatory dispersal to Local Authorities announced at the same time as the Rwanda deal, and expansion of the securitised detention estate. Without doubt, these b/ordering arrangements have already become sources of ambivalence, anxiety and uncertainty. They are a source of terror to those who wish to seek asylum and are already arrayed in a precarious state. And if you had seen our direct messages as the announcement was leaked to the press and the fear expressed you can be in no doubt that the aim of terrorising people already placed in highly vulnerable immigration statuses is having a chilling effect.

John Vine, the UK’s First Independent Chief Inspector of Borders cand Immigration, speaking on Sky News after the Prime Minister’s announcement of the Migration and Economic Partnership Deal with Rwanda, underscored the costs, not only economically, which have been calculated as far exceeding the cost of placing people in the Ritz, but the costs to the human body and the body politic. Deportation can only be affected by using often violent restraint and against the will of the individual. Jimmy Mbenga is the name every activist in the anti-deportation sector holds close when thinking of the ways restrains are effected on the deportees body, with the danger of asphyxiation. Nicolas Proctor’s as inspector of the Australian detention estate, where such off shoring mechanisms have been long in use, writes of the exponential rise in suicide and self harm under such conditions of deportation and detention. The deal is the official instigation of necropolitics, long written of by Achille Mbembe, but now instituted in ‘deals’ and ‘schemes’ and very likely indeed, unless prevented by the House of Lords, to be enacted into law.

Indeed, the goal of the new national and bilateral arrangements is to create “discounted bodies” or ‘bodies at the limits of life, trapped in uninhabitable worlds and inhospitable places’. In this case, uninhabitability and inhospitality are designed and deliberate. The intention is simply to hold life in a permanent ‘state of injury’ outside any realms of protection and political intelligibility. Whether it be rendering people inadmissible through the legislation or “processing” them in offshore containment spaces, they all amount to necropolitical experimentation.

Behrouz Boochani’s multi award winning book No Friend But The Mountains documents the destituting of human beings in such centres as the UK has now chosen to replicate. Even more so, his extraordinary film, Chauka, Please Tell Us The Time,

‘After a year or two years I found out that the journalism language is not powerful enough to tell the suffering and to tell the history of this prison, and what Australian government is doing in this island’, said Boochani.

A chauka is a small bird native to Manus Island and is also the name of the high-security prison within the camp. The chauka is a symbol of the island and allows locals to tell the time from the chauka's regular singing.In a sinister twist, it is pronounced the same as the English word "choker."

On April 15, the U.K. joined Australia in becoming a state that traffics people, destituting the bodies and lives of those who claim their right of asylum, and instituting a reign of necropolitics.

This decision is against the spirit and letter of the Refugee Convention and the legal opinion of UNHCR UK has already expressed grave concerns about the U.K’s obligations as a state as a signatory of the 1951 Convention. In fact, the UNHCR has condemned the deal; ‘People seeking safety and protection, who have few alternatives, should not be penalized’.

That this is likely to be contested in law and through the courts and will be the site of a great deal of opposition is not in doubt; or that it will eventually be overturned, as with Israel’s failed Rwanda deal and Australia’s failed Manus and Nauru project. But until then, we all have hard work to do.

Phipps, A. and Yohannes, H. (2022) The Border is a Colonial Wound: The Rwanda Deal and State Trafficking in People. Available at: https://www.law.ox.ac.uk/research-subject-groups/centre-criminology/centreborder-criminologies/blog/2022/04/border-colonial [date] 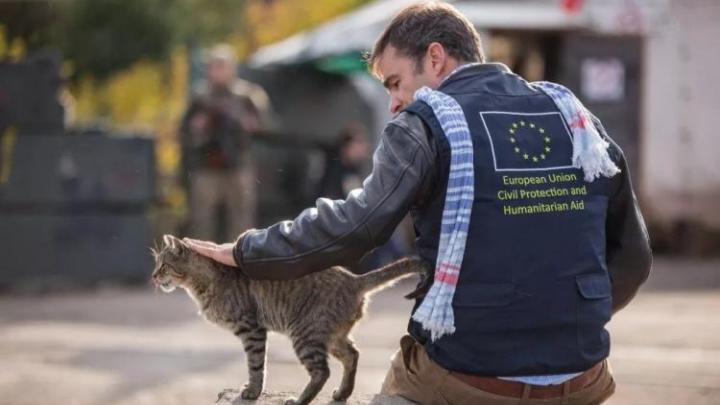