Examining the Status of Detained Migrant Unaccompanied Minors in the Greek Context: Crossing the threshold of a new era?

Guest post by Dr Ioannis Papadopoulos. Ioannis received his Ph.D. from the Institute of Criminal Justice Studies, University of Portsmouth, UK. His doctoral research, based on qualitative methods of analysis, addresses the criminalisation of unaccompanied migrant minors through detention processes in the Greek context under the scope of the UN Convention on the Rights of the Child and more specifically Art. 12 CRC concerning the right to be heard.

Τhe issue of promoting the rights of children in the context of migration and more specifically throughout the asylum procedure, has been explored in depth by a growing body of jurisprudence and research. With regard to the status of UAMs in the European context, the applicable EU Directive under Art. 31 (3c; 3d) dictates that upon arrival in a host country, UAMs are to be placed in specially designed accommodation centres or any other form of child-friendly hosting structures, where their needs would be properly taken care of and ample support would be provided to them.

This provision was originally incorporated in the Greek context in 2013. Since then, the national legal context has been subjected to multiple amendments, the most recent being introduced in 2020, which stipulates the need for UAMs to be provided with quality care, support and services upon arrival in the country, pending referral to appropriate accommodation. At the same time however, the law does not prohibit the detention of AMs, albeit only in exceptional circumstances; as a measure of last resort and only if less restrictive measures cannot be implemented.

Nonetheless, even though detention should only apply in order to guarantee the safety and well-being of UAMs and only unless more appropriate alternatives are available, practice in Greece suggests that detention is being systematically imposed upon children on the migratory pathway. And that is despite the numerous human rights instruments, including the UN Committee on the Rights of the Child, supporting that the deprivation of liberty is a violation of the child’s best interests, hence strictly prohibited. In this post, drawing on my PhD research, I will be briefly discussing the administrative steps that currently succeed the arrival of UAMs in Greece and elaborate on the inability of the country to meet their needs in an adequate manner, thus resulting in UAMs experiencing detention and being deprived of basic rights, as confirmed by the European Court of Human Rights’ case-law.

On an administrative level and according to the applicable law, third-country nationals currently entering Greece in an irregular manner are to be immediately apprehended and placed in detention, most commonly facing the possibility of a decision for deportation, despite the clear provisions of the Geneva Convention, specifically stating that asylum seekers should not be prosecuted for irregular entry. From a procedural point of view, UAMs may either be apprehended at the point of entry, or in the mainland. In both scenarios, the competent authorities, namely the Ministry, the Special Secretariat for the Protection of UAMs, the National Centre of Social Solidarity (EKKA) and the competent Prosecutor for Minors or, failing that, the Prosecutor of First Instance, must be informed accordingly, so that UAMs are eventually addressed to appropriate short- or long-term hosting facilities.

More specifically, if UAMs are located at the borders, they are to be immediately apprehended and transferred to the nearest Reception and Identification Centre (RIC), where their freedom of movement would be restricted within its premises for an initial period of five days, which can be extended for up to a total of twenty-five days until all administrative procedures have been completed, unless medical reasons suggest differently. During their stay at a RIC, minors are usually placed under what is known as protective custody at its dedicated areas, where UAMs are to be provided with sufficient and proper care, support and child-friendly services. However, given the fact that there is a limited number of accommodation units for UAMs under this regime, in practice, they are usually transferred to detention facilities instead, run under police administration. On the other hand, if UAMs are arrested in the mainland, they are most commonly transferred directly to detention facilities, which are usually located within police departments. In this case, the police are expected to inform the aforementioned competent authorities, so that UAMs are eventually subjected to reception and identification procedures, as mentioned.

Therefore, in practice UAMs almost routinely end up in detention facilities where they are subjected to inappropriate conditions and a wide spectrum of human rights violations, including at the sharp end, multiple expressions of violence, their vulnerable status being entirely overlooked. And that would occur regardless of whether UAMs are at any moment given the opportunity to submit a request for international protection. As a result, the detention of UAMs creates a procedural conundrum and leads to the criminalisation of migration overall, invoking a rationale that legitimises detention and a de facto criminalisation of UAMs, which is in direct violation both of the CRC, as well as the domestic legislation.

Following years of criticism and repeated calls made by the Greek Ombudsman for a complete ban on the detention of minors, both UAMs and children with family members, in November 2020 the Greek State announced the abolishment of the long-standing scheme of protective custody of UAMs, along with the introduction of a series of amendments in the national legislation concerning the current prison system. In detail, under Art. 43, para 1 of Act 4670/2020, the Greek State officially abolishes the possibility of UAMs to be placed under protective custody procedures due to them being deprived of safe or known residence, as originally stipulated under Art. 118 of Presidential Decree 141 of 1991.

Hence, according to the new legal framework, if UAMs are located in any part of the country, the competent authorities, as presented above, shall be informed promptly so that the said UAMs are referred to the nearest and most appropriate hosting facility. Furthermore, under para 2, it is stated that third-country nationals or stateless persons who are recognised as UAMs after the completion of reception and identification procedures, shall be referred without delay to emergency accommodation and shall be informed to that effect of the adoption of a transfer order. Additionally, the Ministry of Migration and Asylum publicly committed to successfully referring all UAMs from RICs and police stations to appropriate and child-friendly hosting units in the mainland, followed by the intention to take all necessary steps so that UAMs are immediately registered as such upon irregular entry in the country.

In light of these announcements, the Special Secretariat for the Protection of UAMs along with the UNHCR, recently established the National Tracing and Protection Mechanism for UAMs living in precarious conditions, supported by IOM, the Network for Children’s Rights, METAdrasi in Athens and ARSIS in Thessaloniki. In fact, according to the Ministry of Migration and Asylum, this mechanism will be structured around a Tracing and Protection Team and a Tracing Line which will be accepting referrals by every stakeholder or private entity on a 24/7 basis, starting on Monday April 5th 2021.

The objective of this National Mechanism will be the immediate transfer of homeless UAMs or those living in precarious conditions to secure emergency hosting structures. For this reason, the Ministry announced the establishment of 100 emergency accommodation facilities in the areas of Attica and Thessaloniki, which are expected to be fully operational by the end of May 2021. These establishments will be run under the supervision of IOM and will be hosting and supporting UAMs by providing them with services, including but not restricted to psychosocial support, interpretation services and medical aid, until UAMs are eventually placed in either long- or short- term accommodation units.

While abolishing the ‘protective custody’ of UAMs is welcome, certain issues still remain unclear, raising questions of administrative nature concerning the manner in which the new mechanisms will be applied in practice. For example, it appears that the new law lacks clarity regarding the legal status and the procedures that will apply in the case of UAMs who are already subjected to protective custody measures either in RICs or in police departments and pre-removal detention centres, given that the said emergency accommodation facilities are expected to be fully operational in two months’ time. Most importantly though, there are no indicators or guarantees whatsoever as regards the legal support that UAMs will be entitled to and certainly in need of, according to the applicable law. The latter raises further issues, especially due to the plethora of legal provisions that govern the rights and responsibilities of UAMs from the moment of irregular entry in the country onwards and the fact that in their recent announcement, the Ministry and Special Secretariat for the Protection of UAMs did not refer at all to this issue.

Greece, following a series of convictions by the European Court of Human Rights and being already under supervision, has eventually acknowledged the problematic context of protective custody and intends to restore the country’s compliance with European Directives and legislation on the protection and promotion of children’s rights in the context of migration. Nevertheless, given the ongoing measures due to the Covid-19 pandemic and the rumours that national elections will be held by the end of the year, all we can do at the moment is hope that the introduction of such ground-breaking amendments in the national context will allow Greece to take the first step in the direction of a more child-friendly era in favour of UAMs who are forced to migrate and seek safety in foreign countries.

Papadopoulos, I. (2021). Examining the Status of Detained Migrant Unaccompanied Minors in the Greek Context: Crossing the threshold of a new era?. Available at: https://www.law.ox.ac.uk/research-subject-groups/centre-criminology/centreborder-criminologies/blog/2021/06/examining-status [date]

Criminalising the Right to Seek Asylum 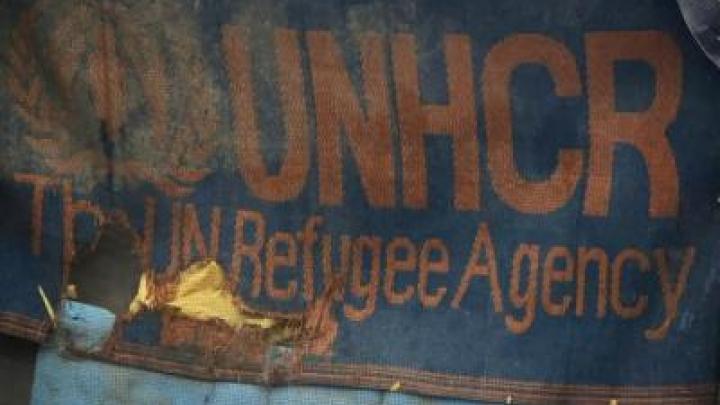 Confine to Protect: Greek Hotspots and the Hygienic-Sanitary Borders of Covid-19 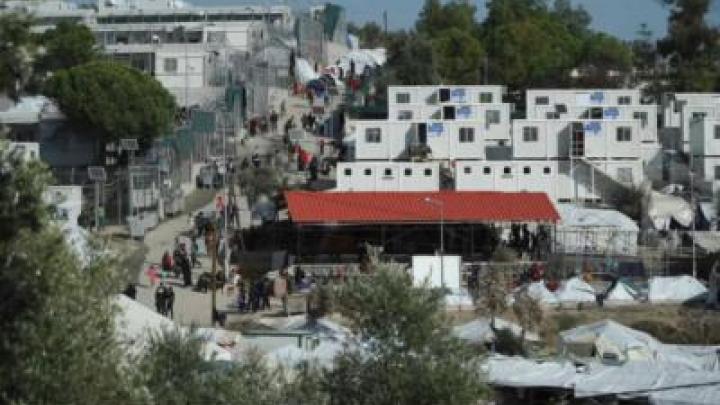