Refocusing Containment Measures in the EU: COVID-19 and the Rise of Temporary Bordering

The Schengen Area, which counts twenty-six countries including four EU non-member states, is characterised by the removal of internal border checks through a visa-free system that grants European citizens the freedom of mobility across its shared borders. However, as specified by the Schengen Border Code (SBC) (article 2(2) of the Convention), member states can reintroduce, usually for a short period of time, border controls with other Schengen states to tackle risks which arise out of circumstances that pose a threat to the state in question.

One of the most visible measures of containment of the pandemic in the EU has been the reinforcement and reintroduction of temporary controls at its internal borders. With many countries banning flights and speed entries to their territories, filtering people at borders is increasingly becoming a matter of pre-empting the spread of the virus. Paradoxically, border closures and policing have not universally targeted individuals but have impinged upon the construction of ‘desirables’ and ‘undesirable’ migrants (Sekala and Rawson, 2020).

Borders have multiplied today to include invasive bordering practices less familiar to communitarian citizens in the EU. The mobility of any individual is not only policed according to nationality status, but it is also restricted in relation to people’s capacity to prove their health condition. EU citizens have to provide evidence, declare and show that their mobility is essential or justify why they do not represent a risk to others. In other words, the right of free movement of European citizens now is more visibly recalibrated in order to account and select who and what can be considered a ‘threat’.

Previous to the epidemic explosion, policies of temporary bordering were at the core of decisions taken by nation states to contain irregular migration. On grounds of public security and national interest, open borders have been blamed by many Schengen states as the cause of disordered flows of migration.  At the peak of migrants’ arrivals to the EU in 2015, individual states such as Germany, Austria, Sweden and Norway, among others, invoked articles 25-27 and 28-30 of the SBC, setting their own rules on border checks and legitimising these procedures on legal grounds (see Van der Woude, 2019). While this limited suspension of Schengen rules aimed to reshape free movement only provisionally, the implications of these bordering practices have resumed today in the name of ‘protecting’ European citizens not only from irregular entries, but also from themselves as potentially contagious travellers.

The coronavirus outbreak is pushing countries to refocus containment policies adopted in the recent past to govern and discourage ‘irregular’ migration to include the trusted-citizen-worker-traveller who is also being targeted by new mobility constrictions. For instance, in the initial stages of the pandemic, most member states have re-invoked exclusive jurisdiction over their national borders. Countries have banned holidays and non-essential travel, extended quarantines and prioritised vital labour mobility. The European Commission’s proposal for a ‘Digital Green Certificate’ which allows citizens to prove that they have been vaccinated, resulted negative to Covid-19 testing or have recovered from the virus, does not ease these problems: by actively producing mobile subjectivities through a division between ‘kinetic elites’ (not a health risk) and ‘kinetic underclasses’(a health risk) (Amoore, 2009), the right of free movement in the Schengen area is increasingly being redefined by the politics of temporary bordering.

This approach has not only exposed a mobility gap among European citizens, but it has also made it clear that borders are not lines, they are layers: “the population contained in the EU territory is assembled in a stratified manner, according to the rights outlined in the EU border regime” (Buckel amd Wissel 2010, 38). European citizenship is not universal as EU mobility rights are predicated upon modes of risk thinking and social exclusion which distinguish between bona fide travellers and ‘crimmigrant’ bodies (Aas, 2011). The former enjoy the privilege of high mobility, while the latter are subjected to forms of surveillance.

As travel has been severely restricted, European institutions are increasingly faced with the dilemma of reducing infections and providing health security without over-limiting fundamental freedoms and mitigating the socio-economic impact of the pandemic. At the end of March 2020, the European Commission presented practical guidance to ensure the free movement of critical workers, followed by more guidelines and communications aimed at governing the movement of persons across borders. In line with EU guidance concerning free movement, the EU Commission has recently proposed a coordinated approach on Covid-19 travel measures, a reminiscence of the efforts made by the institution to develop an integrated approach on internal borders and migration.

The EU refocusing of containment policies from a ‘humanitarian-security’ crisis to a ‘health’ crisis – that is from containing irregular migration to also curbing its own citizens’ freedoms - rely on ad hoc and temporary decisions – calling into further question Europe’s integrated management approach to borders and mobility. Who qualifies as ‘trusted-traveller’ is, in fact, the expression of the interpretation and the application of discretional rationales of border control, and not only the outcome of rights associated to citizenship.

The pandemic is further highlighting Europe’s ‘cosmopolitan difficulty’ (Balibar 2010, 321) as its ‘internal otherness’ and its ‘external otherness’ are no longer conceivable as separate spaces (Aas 2011, 343).While it is undeniable that borders affect us differently, and differences in statuses should not be erased but denounced, the right to free movement, settlement and employment across the Union it is for once perceived as being challenged also from within, and not from a comforting, misplaced and distorted outside.  As in the peak of the so-called ‘migration crisis’, we have come to realise that a more security-oriented strategy at borders alone de facto does not work: the pandemic is reminding us once again that during uncertain times, governments appeal to the conceptual and physical efficacy of borders to feel safer.

In the long term, this refocusing of containment measures towards citizens, and not only ‘undeserving migrants’, is an important moment for rethinking ways in which we frame ‘others’ in relation to ‘ourselves’. While practical policy questions regarding ‘irregular’ migrants substantially differ from any attempt to regulate and control citizens’ behaviour, it remains unclear what will be the impact of closed borders, travel bans and suspended lives on mobility rights often taken for granted by the ‘people of Europe’.

Patteri, A. (2021). Refocusing Containment Measures in the EU: COVID-19 and the Rise of Temporary Bordering. Available at: https://www.law.ox.ac.uk/research-subject-groups/centre-criminology/centreborder-criminologies/blog/2021/05/refocusing [date]

Challenging the Borders of Difference and Inequality: The Power of Place, Processes, and People 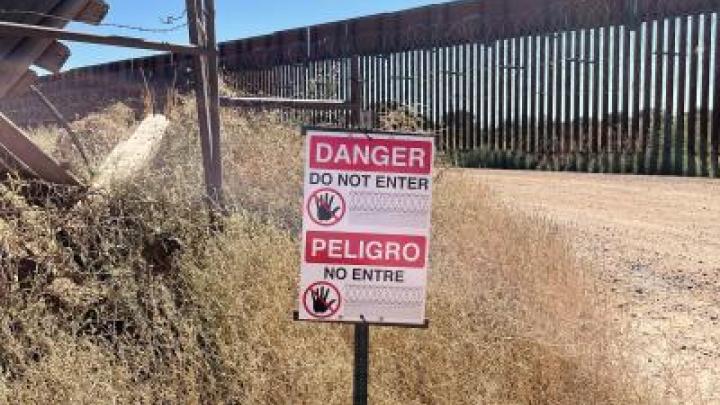 Foreign Unaccompanied Minors in Street Situation: From “Dangerous Children” to Children in Danger