Post by Rebecca Powell. Rebecca is the Managing-Director of the Border Crossing Observatory, based at Monash University, Melbourne. She is also completing a PhD part time titled ‘’I still call Australia home’: Risk and human rights in the deportation of convicted New Zealanders from Australia’. Her PhD research aims to examine Australia’s deportation system for convicted non-citizens under Section 501 of the Migration Act – visa refusal and cancellation on character grounds - with a focus on New Zealanders, Australia’s largest deportee nationality group. This blog post has a focus on criminal deportation policy developments, using Juliet Stumpf’s crimmigration thesis (2006), along with elements of risk and McCulloch and Wilson’s pre-crime theory (2015). These theoretical concepts are used to frame and understand the overall trend of increasing numbers of convicted non-citizens deported from Australia since the Commonwealth Government enacted the Migration Act in 1958. This is the second installment of the Border Criminologies themed series on 'Crimmigration and Australian Border Control'.

One of the things that I was struck by and that got me interested in the pursuit of my PhD research was learning that, following legislative amendments to s501 in December 2014, New Zealanders are the largest group of deportees from Australia. Mandatory visa cancellation was introduced under these amendments, whereby a convicted non-citizens’ visa is automatically cancelled if they are sentenced to prison for 12 months or more, including for multiple prison sentences that may be less than 12 months, but that add up to a period of twelve months or more. Mandatory visa cancellation provisions can be applied retrospectively to those who served their prison term at any time in the past, but who are now living back in the Australian community. As one of Australia’s largest temporary migrant groups and given the retrospective enforcement of this law, New Zealanders have been particularly impacted.

Since 2015, the Australian Government has cancelled the visas of 1,944 New Zealanders and deported 1,144 under s501. New Zealanders have consistently been recorded as the largest, or second largest nationality group in Australia’s immigration detention network since August 2015. Before this time, they did not even register in Australia’s immigration detention statistics as a nationality group because their numbers were so low. My analysis of New Zealander’s s501 Administrative Appeals Tribunal (AAT) case summaries reveals that over 70% of those who appeal their visa cancellation are long term residents of Australia, residing here for a period of 10 years or more, a number of them since they were young children. These statistics beg questions over fairness in visa cancellation decisions against long term residents, and where Australia’s responsibility lies for the social and economic conditions that have arguably contributed to offending. But these questions are for another blog post.

Whilst New Zealanders have been particularly affected following the 2014 amendments, the graph below shows the overall increase and particular spike from 2015, in the number of deportations of all convicted non-citizens from Australia since 1958.

The overall increasing trend displayed in this graph, and particularly the spike from 2015, is the phenomenon that I have examined through a systematic analysis of Australia’s criminal deportation policy from 1958-2018. I wanted to understand how and why the number of s501 visa cancellations and deportations have increased over time, and particularly since the December 2014 legislative amendments. I wanted to investigate how legislative and policy grounds for visa cancellation and criminal deportation have evolved, to uncover what has caused a larger number of non-citizens being captured by the s501 net.

Three key characteristics from Juliet Stumpf’s crimmigration thesis (2006) were identified and used in the analysis to understand this trend and provide insights into the intersections of risk and human rights responses to convicted non-citizens in the evolution of the policy: expansion, exclusion and membership theory. I extended my analysis from these to include risk and McCulloch and Wilson’s pre-crime (2015) theories that were also evident in Australia’s criminal deportation policy developments. The expansion and exclusion characteristics of crimmigration reflect a risk-based response to convicted non-citizens in the Australian policy context, where legislative and policy grounds for visa cancellation, and executive (sovereign) power over visa cancellation decisions, have expanded over time as a means to exclude risky non-citizens. Examples of the expansion of grounds for visa cancellation in legislative policy developments include the introduction of provisions when s501 was introduced in 1999 to cancel the visas of non-citizens based on suspicion of engaging in criminal activity, or associating with a group, organisation or individual involved in criminal conduct, where a crime has not been committed. These developments reflect a pre-crime approach. Another example of expanding grounds for s501 visa cancellation is the introduction of mandatory visa cancellation provisions to s501 in December 2014.

The introduction of s502 in 1999 containing provisions for the Minister to exercise personal cancellation power in exceptional circumstances on the grounds of the s501 character test and in relation to the protection of national interests, was another significant policy development and a direct example of the expansion of sovereign power over visa cancellation. Where this power is applied, there are consequences for an individual’s access to due process as their right to seek review of the visa cancellation decision at the AAT is removed. The membership (of the Australian community) characteristic in particular assists to pinpoint particular policy developments, where non-citizen long-term residents have been afforded protection from deportation and individual human rights considerations have subsequently been elevated (for example under the Hawke Labor Government 1983-1998). These individual rights include the right to family life (which impacts on the rights of the child to be protected from family separation where they are not being harmed), right to due process in some cases, and rights to rehabilitation for example. The boundaries of membership of the Australian community for non-citizens has been redrawn over time as the criminal deportation policy has evolved, protecting them from deportation at times, and then not at others.

Analysis of the evolution of Australia’s criminal deportation policy through a crimmigration lens and the intersections of risk and human rights in significant policy developments from 1958-2018, illustrates how the threshold for visa cancellation and criminal deportation as a means to exclude has expanded over time. Executive (sovereign) power has expanded to a point where the Minister retains personal cancellation power that overrides administrative appeals and where he/she can cancel the visas of non-citizens on suspicion of criminal activity where no criminal offence has been committed. Lines of membership (or rather non-membership) of the Australian community for convicted non-citizens have also evolved to a point where measures for exclusion are wider than ever with very limited protection for convicted non-citizens from deportation.

Powell, R. (2020). Tracing the Characteristics of Crimmigration in the Evolution of Australia’s Criminal Deportation Policy 1958-2018. Available at: https://www.law.ox.ac.uk/research-subject-groups/centre-criminology/centreborder-criminologies/blog/2020/06/tracing [date]

The Politics of Counting Migrants’ Deaths in the Mediterranean 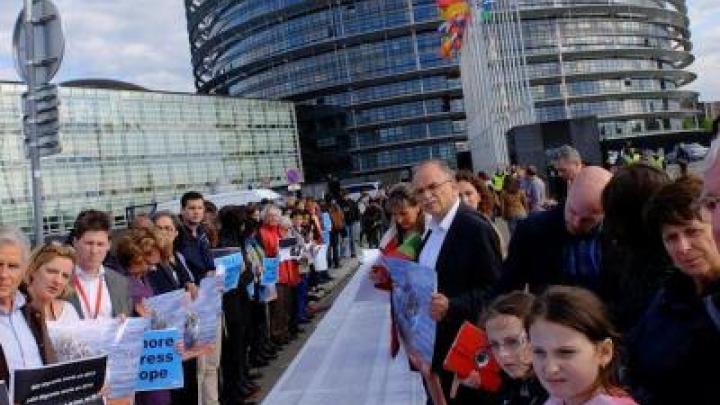