Women’s Imprisonment and the Experiences of Foreign Nationals

Guest post by Dr Anna Schliehe. Anna joined the COMPEN project as a Research Associate in June 2016. She completed her doctoral research project in Human Geography on the Scottish criminal justice system and its responses to young women. This is the fourth post of Border Criminologies' themed series 'Penal Policymaking and the Prisoner Experience', organised by Ben Crewe.

As part of one of Compen’s sub-studies on entry, exit and post-release of prisoners across different prisons in England and Wales, the research team wanted to include experiences of female prisoners and women classed as foreign nationals in the prison system. The rapid increase of the foreign national prison population in the UK has been the topic of a number of blogs on Border Criminologies. As Emma Kaufman has argued, the ‘treatment of foreign nationals is deeply implicated in the politics of race and the construction of British national belonging’. It is also characterised by an intricate form of carceral circuitry in which sites of the prison, immigration removal centres are intertwined with the threat of deportation.

In the women’s prison in which we conducted fieldwork, the foreign national wing felt calm compared to the rest of the establishment – its atmosphere less hectic and chaotic. Many women I spoke to told me about their long journey through the ‘system’ (Criminal Justice System), or about their imminent removal. Most were unhappy about their relationship with immigration officers. The women I spoke to also mentioned gendered pains of imprisonment (see also Tomaszewska) to do with their concerns over family and children. Many were confused about the range of figures involved in their case who included prison staff, immigration staff, legal representatives. They often felt unable to challenge the system legally, as they had little trust in appointed legal teams, insufficient knowledge about the process and its intricacies, and a lack of funds. In this post, I want to discuss some findings from in-depth interviews with a couple of foreign national women, that relate to the different stages of their entry into and exit from prison. In so doing, I seek to highlight the challenges they faced at different stages of custody.

When Amelia (pseudonym) arrived at the prison, she had given birth the previous day and was holding her small baby daughter in her arms. When she got to the reception area, she said:

I was waiting (…) nearly three hours without hot... any drink.  They didn't ask me for nothing.  There

She continued to explain how she felt very angry but was worried that no one would understand her because of her poor English. She was one of only two foreign nationals on the mother and baby unit and felt very isolated; she kept to herself. Upon entry, she had also been very worried about her other children outside and their welfare. She had left them in the care of someone who looked after them for money because she did not want to lose them to social services.

These acute, personal worries, which many women in prison face, were interconnected with other difficulties Amelia experienced specifically as a foreign national. One has to do with interpretation:

Many foreign national prisoners have very little interaction with immigration officials and complained about difficult communication with immigration authorities. This was the case for Olga (pseudonym). When I interviewed her in prison, she explained that she got on well with staff and immigration officers. However, her story changed when I conducted a follow-up interview with her after discharge. At this point, she said that she could not remember what her release had been like, because they had sent her straight from prison to a detention centre (two weeks after her official release date). ‘I spent there one week and I later was able to apply for immigration bail (…) so now at this moment [at her house] I am on immigration bail’ (Olga, p.1). She claimed that the Home Office had broken the law, by detaining her without any reason, but that she could not challenge it at the moment because she was on bail and was therefore dependent on the Home Office to look at her case favourably. The detention centre had had a lasting effect on her:

Honestly, it was a big stress for me. Especially when they sent me to a detention centre – I was so scared because I spent in prison three years and then a new place, new people, new everything. And especially there, all of them, they have the big stress because most of them they want to go but they don’t have ticket and some of them they want to stay but they can’t and all of them are depressed. So they put all of this depress on me. (Olga, p. 2)

Uncertainty about release was hard to bear (see also here and here). Even now, in her own home, Olga experienced a great deal of anxiety about having to leave her young son again as well as her mother, who had to come to the UK to look after him. She felt at the mercy of a law that did not apply to her fairly. As Kaufman claims, each of these facets of prison and post prison life can be connected to the politics of identity on an individual and personal level as well as with regards to ‘broad philosophical questions about the boundaries of British society and the obligations of the British state’. Like tightness, the ‘breadth’ of imprisonment – its lasting impact – has a different quality for foreign national prisoners.

This very particular form of mobility and stasis, which runs through so many foreign national prisoners’ experiences, is described in carceral geography as another form of punishment. What Gill et al call carceral circuitry ‘carves up the imagined geography of discrete institutions which men and women enter and from whence they are ‘released’ in favour of emphasizing continuity across institutional and urban settings’. The containment and management as ‘risk factors’ of these particular foreign national bodies, from a national level to the micro-level of the home and the prison, shows a very particular form of breadth and tightness within the penal system in England and Wales.

Schliehe, A. (2018) Women’s Imprisonment and the Experiences of Foreign Nationals. Available at: https://www.law.ox.ac.uk/research-subject-groups/centre-criminology/centreborder-criminologies/blog/2018/05/womens (Accessed [date]).

Aliens Behind Bars: The Punishment and Human Rights of Foreign National Prisoners in England & Wales 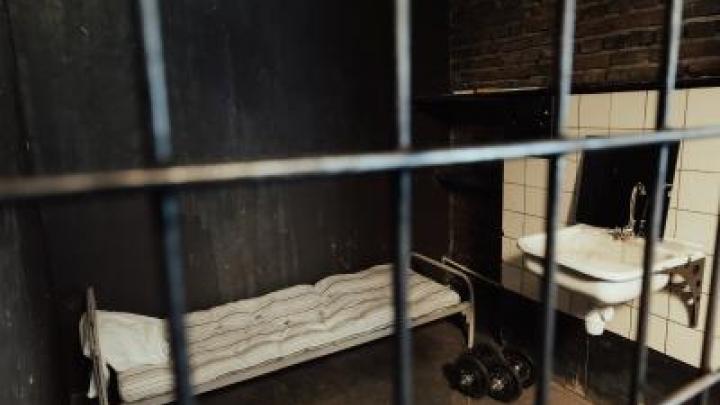 Deportation of Foreign-Born Non-Citizens Who Offend: The Case of Osime Brown