Book Review: Frontex and Non-Refoulement: The International Responsibility of the EU

Guest post by Robert F. Barsky, professor of Literature and of Law at Vanderbilt University. Robert is the author of  Undocumented Immigrants in an Era of Arbitrary Law: The Flight and the Plight of People Deemed 'Illegal' (Routledge, 2016), as well as a broad array of works on Convention refugees including Arguing and Justifying: Assessing the Convention Refugees’ Choice of Moment, Motive and Host Country (Ashgate 2001). Robert is on Twitter @robertbarsky.

Review of Frontex and Non-Refoulement: The International Responsibility of the EU, by Roberta Mungianu (Cambridge University Press, 2016).

In a recent guest post for Border Criminologies on the European Commission’s proposals for Legal Migration, Thomas Spijkeboer notes that the European Union plans to resettle at least 50,000 recognized refugees from neighbouring countries, such as Turkey and Libya, and provide 500 million Euros in financial support--the equivalent of around €10.000 per refugee. The European Commission also aims to adopt a more effective return policy by giving more power to the European Border and Coast Guard (Frontex) adjusting its mandate to foster a more proactive approach, and providing it with a new return department. This plan has important consequences for Frontex, and it provides a sense of urgency to scholars, policymakers and legal practitioners to address the issues discussed in Roberta Mangianu’s book, Frontex and Non-Refoulement: The International Responsibility of the EU.

Mungianu’s goal is to investigate the legal context of joint operations between Frontex and EU Member States, assessing ‘which precise legal circumstances may expose the EU and its Member States to [incur] responsibility for breaches of the principle of non-refoulement in Frontex’s joint operations’ (p. 5). She also explores the ‘insufficiently scrutinized network of legal responsibility of the EU and its Member States related to the plight of these people’, not from a desire to engage in a ‘prosecutorial search for specific interactions’, but rather from a sense that violations of the principle of non-refoulement can occur, potentially triggering responsibility of EU and its Member States, ‘unless the legal setting is sufficiently studied, applied and, if need be, reformed’ (p. 6). In so doing, she addresses three inter-related areas: (1) the history and structure of Frontex; (2) the responsibility it bears in regards to EU Member States when individuals aren’t able to make asylum applications on account of its actions; and (3) the possible violation of the principle of non-refoulement, or other violations of public international law and EU external relations law that could be triggered by, for example, push-back operations.

On the basis of this analysis, Mungianu assesses the relation between the legal regime of search and rescue at sea, and the principle of non-refoulement, providing scenarios in which Frontex might violate the latter. She does this in regards to relevant case law that helps identify contentious situations, which she then assesses on the basis of interviews conducted at the Frontex headquarters in Warsaw, Poland, in 2012. She concludes with an assessment of Frontex’s surveillance operations, including human resources and the technical means that are increasingly deployed to detect and track migrants. This all adds up to comprehensive and revealing insights into how Frontex operates, as well as the relevant legal, operational and policy concerns pertaining to non-refoulement at the external borders of the EU.

The legal issues addressed in this book are complex, and Mangianu’s assessment of them is rigorous, and written for specialists in this area of law. At the end of the day, though, Mangianu is very much aware that this is a book about vulnerable people who are in many cases fleeing for their lives, and seeking protection in the face of violence and mayhem back home:

As we know, many of those who approach the EU’s external borders have faced very brutal forms of uncertainty. On their part, the physical urgency of simply leaving their disempowered transit overrides other considerations. Yet as a vessel, piloted by people smugglers, bobs silently within towing distance of an Italian island, its engines cut, awaiting the dawn and a response from authorities, a network of responsibilities has been activated which is so vast and inter-connected that legal precision and clarity are vital but hard to assess and ensure. Our study will be situated in this emergent space. (15)

The complexity of the issues is driven home with reference to the vessel mentioned in the quote above, which is encountered off the Italian coast by a Frontex vessel representing ‘a hybrid of national and European authority’. In this case, Frontex is party to a joint operation with the Italians, and as such it is: (a) autonomous, but also tied to the Commission and to the host country; (b) self-monitoring, but reliant upon the Member State for staff and border guards; and (c) acting as a coordinating body, but subsumed in its operations to national prerogatives. The result is a ‘fabric of legal complexity’ (p. 31) that Mangianu explores in great legal detail, with the overall goal of ‘identifying specific areas in which the EU and Frontex are eager to gather coordinative influence but remain inter-dependent and potentially legally ill-equipped to do so’. Throughout the book, therefore, Mangianu is working in a preventative framework, shedding light ‘on the problematic areas of law most likely to give rise to violations’ (p. 48).

The book explores the international legal responsibility to uphold refugees’ rights to non-refoulement, not only in terms of formal recognition, but also (citing Guy Goodwin-Gill), ‘in making protection a reality at the point of enforcement’ (p. 55). This focus upon actual interactions between officials and vulnerable migrants seems to me especially important, and it is indeed the case that ‘breaches of the principle of non-refoulement committed by Member States’ border guards in the exercise of their law enforcement power are most likely to be generated by decisions made at the operational level’ (p. 56). Since the border guards of Member States who operate in Frontex’s joint operations exercise governmental functions, they act under international law, and ‘in Frontex’s joint operations the member State hosting the operation has civil liability for damage and criminal jurisdiction for criminal offences committed by guest officers, whereas disciplinary powers over border guards remain with the home Member state’ (p. 62). Nonetheless, after extensive review of relevant cases, Mangianu concludes that ‘acts of a border guard placed at the disposal of the host Member State must be considered acts of the host Member State’, and that ‘the conduct of guest officers is [also] attributable to the host Member State’ (p. 73). Consistent with the objective set forth by the very title of the book, she then goes on to ‘disentangle the intricate international and EU legal framework in which the principle [of non-refoulement] is embedded’ by scrutinizing ‘several different legal provisions on refoulement [that] engage the international responsibility of the EU and its Member States’ (p.134).

As the lens zooms in to focus upon the actions of Frontex and Member State border guards, questions are raised about the space within which possible violations occur, and the legal order that operates therein. For encounters between Frontex officials and vulnerable migrants, this space can include joint operations on the territory of EU Member States, the surrounding seas, and, potentially, the territory of third countries. The importance of this question is made manifest by Mangianu’s observation, that “borders are often invisible to asylum seekers once in transit, and such borders constitute lines on a map which may seem immaterial to individuals escaping injustice. However, this picture changes considerably if we delve into the relevant law and into the legal regimes which affect the ‘integrated management’ conducted at the borders of the EU”, where ‘territory, borders and sea are not just elements of the material space in which Frontex’s joint operations are performed but concepts to which a legal meaning is attached’ (p. 136). For border criminologies, the assessment made of these spaces is crucial, and thus the legal conclusions drawn in regards to the application of non-refoulement, and to the ways in which Frontex operations such as search and rescue at sea relate thereto, deserve special mention.

In the final chapters, Mangianu constructs scenarios that could trigger EU and Member State responsibility in regards to non-refoulement, and then provides some general conclusions in regards to both theoretical and practical concerns. Part of a series that provides critical analyses of European Law and Policy, this work is timely, extremely well-organized, and filled with the kind of detail required for legal practitioners to do related inquiry. It also warns about the many ways in which the balance between security and protection with which Frontex is charged can go awry and, as a consequence, lead to further suffering of vulnerable populations who seek protection under international law from injustices in their homelands. 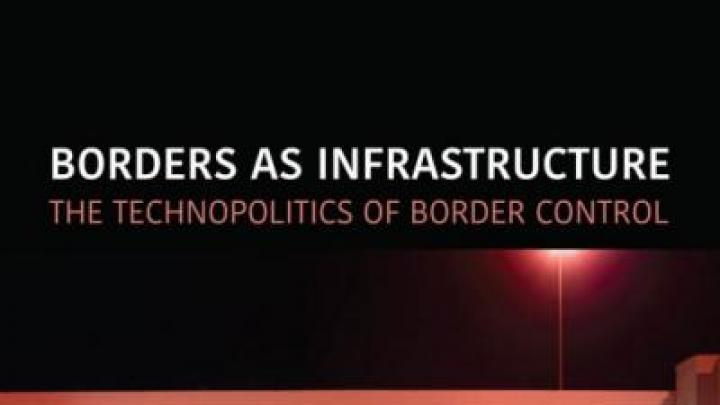 Book Review: The Dispossessed: A Story of Asylum at the US-Mexican Border and Beyond