What Can Hannah Arendt Teach Us About Today’s Refugee Crisis?

Guest post by Asher Hirsch and Nathan Bell. Asher is a Senior Policy Officer with the Refugee Council of Australia, the national umbrella body for refugees and the organisations and individuals who support them. Asher is completing a PhD at Monash University in refugee and human rights law. His research investigates Australia's extraterritorial migration control activities in Southeast Asia. Nathan recently completed a PhD in political theory on the topic of refugees. His focus is addressing humanitarian concerns via a theoretical and philosophical perspective which draws upon the work of Hannah Arendt, Emmanuel Levinas and Jacques Derrida. Nathan teaches at Monash University in Melbourne, Australia. Asher is on Twitter @ashhirsch.

While the current global refugee crisis is shocking in its dimensions, sadly it is not a new phenomenon.  Writing after the Second World War, the existence of a significant population of refugees and stateless people prompted the political theorist Hannah Arendt to reflect upon their rights.

In her seminal work, The Origins of Totalitarianism, Hannah Arendt writes of an era of calamity that has produced ‘homelessness on an unprecedented scale, rootlessness to an unprecedented depth.’ For those affected, ‘powerlessness has become the major experience of their lives’. A new group of people, whom Arendt calls in German the ‘heimatlosen’, the stateless, emerged from the calamity of the war.

For Arendt, a new response was needed for these people. The legacy of the ‘Nazi movement, then a world war, and finally the establishment of death factories', imperialism, totalitarianism, anti-semitism, and the displacement of millions of people:

…one after the other, one more brutally than the other, have demonstrated that human dignity needs a new guarantee which can be found only in a new political principle, in a new law on earth, whose validity this time must comprehend the whole of humanity while its power must remain strictly limited, rooted in and controlled by newly defined territorial entities.

The principle that Arendt espoused was the ‘Right to Have Rights’. Everyone, she argued, should be allowed to belong somewhere. Human rights can only be effectively upheld if there is a political community – a state or a ‘newly defined territorial entity’ – that can guarantee that rights will be respected.

For Arendt, the problem for the stateless was their lack of political membership. Without citizenship, those displaced had no state to uphold their rights. While today’s system of international human rights law has moved beyond citizen rights to human rights, obligations remain tied to state jurisdiction. States are bound to respect human rights only when subjects come under their sovereignty. This leaves a gap between obligations owed to those under the authority of the state and those not yet subject to that authority. Thus, the problem today is not access to citizenship, but access to territory.

One such example of states extra-territorially denying entry to refugees is the case of Hirsi Jammaa in the European Court of Human Rights, which found that Italy’s forcible return of boats to Libya was in violation of human rights law. In his concurring opinion, Judge Pinto De Albuquerque noted that the ‘ultimate question in this case is how Europe should recognise that refugees have “the right to have rights”, to quote Hannah Arendt.’

As the treatment of refugees and asylum seekers deteriorates around the world, refugee advocates, such as Amnesty International, continue to argue that ‘seeking asylum is a human right, which means everyone should be allowed to enter another country to seek asylum’. However, despite enshrining a right to non-refoulement within the Refugee Convention and other human rights instruments, the right to seek asylum, outlined in the Universal Declaration of Human Rights, has never been codified into a legally binding treaty.

This failure has left a ‘protection gap’: refugees are protected from refoulement once they come under the jurisdiction of a state, but they may be prevented from accessing a state in the first place.

In our recent paper, we argue that Arendt’s right to have rights implies a right to enter.  People seeking asylum must be afforded the opportunity to have their status considered. Without being able to enter a state capable of securing their claims to safety and dignity, refugees are not able to access the rights which are guaranteed under international law.

This right to enter can be found in international law through the non-refoulement principle. When a refugee enters the jurisdiction of a state, the state must first assess their claims before attempting to return them. If they are indeed found to be refugees they must not be returned and must be protected. As Judge Albuquerque noted in Hirsi:

Discharging the non-refoulement obligation requires an evaluation of the personal risk of harm, which can only take place if aliens have access to a fair and effective procedure by which their cases are considered individually.

The best way, and in fact only real way, to assess a person’s refugee claim adequately is to do so in the territory of the state. This is the position taken by Professor James Hathaway:

where there is a real risk that rejection will expose the refugee “in any manner whatsoever” to the risk of being persecuted for a Convention ground, Art. 33 amounts to a de facto duty to admit the refugee, since admission is normally the only means of avoiding the alternative, impermissible consequence of exposure to risk.

A right to enter might be seen as a direct challenge to the ability of a sovereign state to control its borders, and might also raise the spectre of ‘opening the floodgates’. Certainly, many argue that this right would give rise to increased numbers of asylum applicants. However, a state’s obligations under international law are not conditioned by pragmatic circumstances, but are rather founded upon obligations to be upheld.

We might also question this concern about numbers. Germany, after all, has successfully integrated around one million refugees since receiving them in 2015. The belief that numbers must be constrained, an un-thought calculus of moderation, is one that needs to be challenged.

If we accept that people, as humans, have the right to have rights, states must admit refugees and assess their claims. Otherwise, those displaced are left to wander the world with nowhere to belong and, therefore, no state to protect them.

Hirsch, A. and Bell, N. (2017) What Can Hannah Arendt Teach Us About Today’s Refugee Crisis?. Available at: https://www.law.ox.ac.uk/research-subject-groups/centre-criminology/centreborder-criminologies/blog/2017/10/what-can-hannah (Accessed [date]).

The State of Immigrant and Refugee Rights in Alameda County 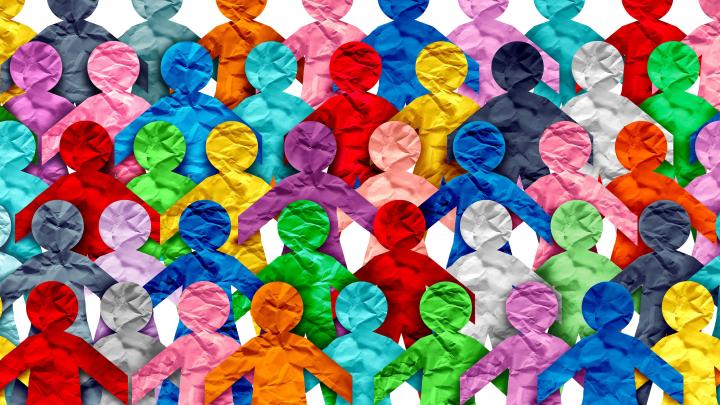 Ukrainian Refugees in Poland: The Festival of Help and the Government’s Reluctance to Act