Will More and Longer Detention Solve the ‘Migration Crisis’?

Guest post by Jerome Phelps, Director of Detention Action, a UK organisation that provides support and advice to migrants in immigration detention and campaigns for change. He designed and manages the Community Support Project, an innovative alternative to detention project for young migrant ex-offenders. He has written or co-written six influential Detention Action reports, including 'Without Detention' (2016), which sets out the opportunities for alternatives to detention in the UK. Jerome writes regularly on detention and migration issues, including for the New Internationalist, Huffington Post, Forced Migration Review and openDemocracy. He is the Western Europe contact of the International Detention Coalition.

In March 2017, the European Commission published new recommendations to Member States on returning refused asylum-seekers and irregular migrants. The pressure to make the EU’s returns policy ‘efficient and credible’ has led the Commission to urge states across the region to use the full scope of the enforcement powers available to them under EU law. The fear is that this will be interpreted as encouragement to increase both the numbers of migrants detained, and the periods of times that they are detained for. The recommendations demonstrate the scale of alarm at the EU’s failures to manage effectively irregular migration and return refused migrants. They are framed as primarily a response to one statistic: in 2015, the ‘return rate’ to third countries was a mere 36% - almost three times as many migrants were ordered to leave Europe as actually left.

Announcing the proposals, Commissioner for Migration Dimitris Avramopoulos promised that improved returns rates will ‘be a strong signal against undertaking dangerous irregular journeys to the EU in the first place’. The logic is clear: tough action on returns will not only reduce numbers of irregular migrants in Europe, it will send a message of deterrence to desperate migrants in Libya or Turkey considering getting on a boat. The difficulty for the Commission is that returning migrants is a complicated business, resistant to unilateral resolution by the EU. As the Commission recognises, many countries do not cooperate on readmission of their nationals. Improving their willingness to accept returns is a long-term matter of negotiating readmission agreements and, increasingly, tying aid to such cooperation. This is not a new idea, and the Commission has little new to say on how it will bring recalcitrant governments into line.

In any case, progress in implementation of the Partnership Framework is unlikely to have much traction on the streets of Tripoli and Izmir. In order to deter migration, a stronger message is seen to be required: detention.

The Commission urges States to bring their detention time limits into line with the maximum permitted under the Return Directive, eighteen months. Detention capacity is to be increased, ‘in line with actual needs’. States are vaguely exhorted to ‘use detention as needed and appropriate’. Most significantly, migrants are to be detained ‘where there is a risk of absconding’, or where they ‘show signs that they will not comply’ with return. The ‘appropriate’ use of detention seems to be not simply to enforce return, nor even to punish absconding or non-compliance, but as a preventative measure where migrants might not comply.

This could be seen to open the way to the speculative long-term detention of migrants who have never absconded, and for whom there is no imminent prospect of return. Such an approach would be unlawful under the Returns Directive, which requires that detention be used as a last resort – but the Commission darkly hints at a possible recast of the Returns Directive, if necessary.

In the view of the Council of Europe’s Commissioner for Human Rights, Nils Muiznieks, the recommendations are ‘likely to lead to human rights violations without furthering other goals, such as facilitating the processing of asylum claims or promoting dignified returns.’

The Commission presents no evidence that shorter maximum periods of detention are preventing returns. Indeed, there is no apparent correlation in the statistics between length of detention and numbers of returns. Filling detention centres with long-term unreturnable bed-blockers can actually reduce returns rates, unless Europe is willing to follow Hungary’s (illegal) strategy of detaining all asylum-seekers.

Indeed, the Italian Senate commission for human rights in 2014 found that 45 days were the average necessary to identify a migrant. If consular officials had not documented a migrant by then, further approaches were rarely successful. The result was that ‘the detainee would wait for months for a response that would never come before then being released with an expulsion order, after having been detained for an undefined period, without any justification.’ As a result of the commission’s report, the Italian government reduced the time limit from the 18 months allowed by the Returns Directive to three months, and closed many detention centres. However, in Italy too, the political pressure has since told.  At the end of 2016, the Italian Government announced ‘an extraordinary plan for control of the territory’, involving a quadrupling of the capacity of the detention estate to 1600 places in around 20 detention centres.

The UK is Europe’s test case for the effectiveness of long-term detention: uniquely in Europe, it has no time limit at all, having opted out of the Returns Directive. The UK achieves relatively high numbers of returns, compared to other European States. However, all the evidence suggests that this is due to having put greater energy into negotiating returns with third countries, rather than its greater use of detention.

As elsewhere, detention is a massively inefficient tool for enforcing returns. According to Home Office statistics, in 2015, less than 40% of migrants leaving detention after more than six months were removed. The great majority were simply released back into the community. Indeed, the Home Office has belatedly recognised that long-term detention is ineffective. In early 2016, following the scathing criticisms of a Parliamentary inquiry and the Home Secretary’s own Shaw Review, the then Minister James Brokenshire announced a programme of reforms which he expected would ‘lead to a reduction in the number of those detained, and the duration of detention before removal, in turn improving the welfare of those detained.’

Progress has been disappointing: two weeks ago the HM Chief Inspector of Prisons called for remedial action after finding 23 people detained for over a year in Brook House detention centre alone. Last week, MPs from all major parties debated the Government’s failures to fulfil its promises. The SNP’s Anne McLoughlin MP memorably concluded the debate by observing that ‘The most soul-destroying thing about detention is the unlimited nature of it… and the most soul-destroying thing for campaigners is not knowing when the government will do as it promised’.

Nevertheless, there is no shortage of evidence of the likely ineffectiveness of detention in meeting the Commission’s objectives. Few European economies are sufficiently healthy to justify the luxury of pouring public money into so ineffectual an approach.

The political stakes may be simply too high for doing nothing to be an option. However, as the Commission recognises, detention is not the only option. Indeed, EU law requires the use of less coercive measures than detention whenever possible, leaving the Commission in the awkward position of promoting the use of detention whilst reminding States that it should only be used as a last resort. This requirement to consider alternatives to detention first provides the main opportunity to avert the slide towards detention. The opportunity is there, because mass long-term detention will not be effective in increasing returns, in Europe any more than in the UK. The injustice will make migrants resist, not cooperate. Only alternatives that treat migrants as human beings can encourage cooperation with immigration systems.

Detention Action’s recent report Without Detention sets out how community-based alternatives, supporting migrants to live with dignity in the community while they resolve their cases, can meet the needs both of migrants and of States. Sweden has already made a success of this approach, detaining around a tenth as many migrants as the UK, and overwhelmingly relying on voluntary returns. Around Europe, a series of small NGO pilots, including  a Detention Action project that manages the reintegration into the community of young ex-offender migrants who cannot be deported, are demonstrating the scope for Europe to improve its management of migration not by building more detention centres, but by engaging with migrants as human beings.

The political stakes are high. The developments of the last year, including the EU – Turkey deal and the mass holding of migrants in hotspots on the Greek and Italian coasts, demonstrate the limitations of calls for European values. The EU may see its management of the ‘refugee crisis’ as an existential threat. But resort to mass detention will be a sign of helplessness, not strength. 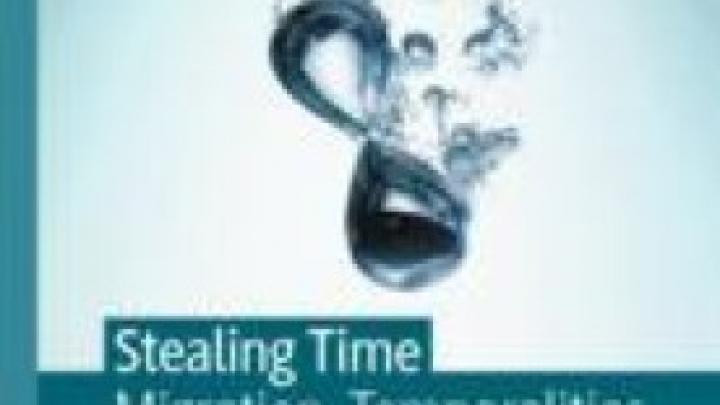