Age assessments in the UK may be carried out by social workers on unaccompanied children seeking asylum. In the year ending March 2016, ‘954 asylum applicants had their age disputed and 843 were recorded as having an age assessment’ (Home Office 2016). Age assessments are based on many factors, including ‘appearance, behaviour and interaction with the social worker, documentation, social history, health, level of independence and developmental considerations’. When there is doubt about a person’s age, assessments help authorities decide how to handle the case. However, the Department of Education has stressed that ‘

Whether age assessments should be carried out at all, and if so in what circumstances, is contentious. Even the Association of Directors of Children’s Services, which produced national guidelines to make the process accessible to all social workers, acknowledged its controversial nature (see Verley Kvittingen, 2010). Age assessments also lack accuracy: ‘the usual range of possible ages is two to three years on either side of the suggested age’ (Busler 2016). In mid-October, some politicians raised doubts about whether individuals resettled in the UK under the so called ‘Dubs amendment’ were underage and demanded systematic age assessments on them (see Independent, BBC, Refugee Council, BBC, Huffington Post, Telegraph, The Sun, Daily Mail, The Express). Most prominently, David Davies, Conservative MP (Monmouth), demanded that those seeking asylum as children should undergo dental assessments. This call was condemned by the British Dental Association for being ‘unethical’.

Amidst this moral controversy, in borderline cases, age assessments (whether conducted within or outside of police custody) are performed to determine whether an individual is eligible for special care and to exclude ineligible individuals from state protection. Age assessments should be conducted somewhere ‘conducive to helping the child or young person feel safe, comfortable and able to participate to the best of their ability’ (ACDS 2015). Police stations (where my research was based) are not considered appropriate venues for the age assessment. As such, ‘every effort should be made to take a child or young person out of a police station in order to conduct a lawful assessment’ (ACDS 2015). The age assessment may have the following outcome(s): children under 16 are typically placed in foster care, whereas those above 16 may be placed in shared housing with floating support, a service which enables individuals to live independently but provides them with assistance when needed (for more on this issue, see Sirriyeh).

During my PhD fieldwork (which looked at how vulnerable detainees were safeguarded in police custody), I observed discussions about age assessments. My observations of these discussions pointed to a prevailing culture of disbelief towards young people (and, indeed, asylum seekers in general). The scepticism of custody officers, detention officers, and social workers is often based on the young people’s physical characteristics, such as facial hair, skin colour, or calloused hands. The experiences of asylum seekers or immigrants may complicate the age assessment process. Authorities, when assessing someone’s age, appear not to take into account the difficult and treacherous journeys that individuals have made, the effects of living in a refugee camp, physical differences between individuals, and the living conditions of the individuals prior to fleeing their countries of origin. Yet, incorrect assessments can have devastating effects on these people, who may be denied the services that they are entitled to, putting them at risk of, even, deportation.

As Gulwali Passarlay comments in a Guardian article written with Homa Khaleeli:

They said I couldn’t have travelled so far when I was still so young, and that I was too smart to be 13. I know I looked older than I was – I still do, but I grew up in a harsh, mountain environment and had been through a long, hard journey. They tried to give me a new date of birth. I was so angry. I felt they were worse than the smugglers – they had been heartless, but they hadn’t tried to change my identity. I was so angry I ripped up the paper the assessors gave me, in front of them.

As being a child is legally distinctive, it is important to determine age for the purposes of asylum applications. However, the recent focus on the importance of age assessments has diverted attention away from the overall vulnerability of asylum-seekers. In this process, we should ask several questions: whether age assessments are futile because of their limited accuracy, whether ascertaining someone’s age on the basis of physical characteristics is insidious in the first place, and whether both adult and children asylum seekers are vulnerable independent of their age. Perhaps calls for ‘tightening up’ the age assessment process should be redirected to espousing sound procedural practices, through employing a multi-faceted approach with various disciplines and methodologies engaged, at the same time as ensuring to take into account the vulnerability of children, as well as adults.

As a term, ‘vulnerability’ causes ‘continuing confusion’ (Misztal 2011: 5): there is no agreed definition of what it means and there is no agreed purpose for which it should be deployed. In the context of asylum-seekers and refugees, vulnerability could be conceptualised as something which is inherent to their status as displaced persons. Yet, their vulnerability is continuously ignored. In the present context where the government has back-tracked on its commitments to unaccompanied minors, the future looks bleak for children refugees and asylum seekers in the United Kingdom.

Against the Best Interests of the Child: The Global Injustice of Migrant Externalization

‘Regreso’: A Film Reframes the Border Spectacle on Unaccompanied Moroccan Minors at the Moroccan-Spanish Border 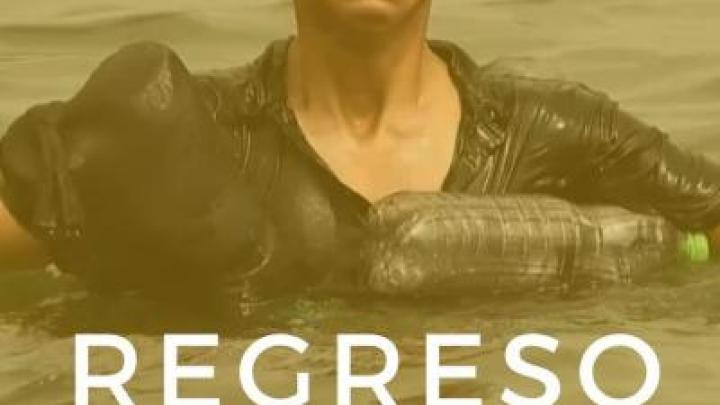