A Resource, a Hindrance: The Border Between the two Sudans from the Perspective of Refugees from Sudan’s Blue Nile State

Guest post by Yotam Gidron, MSc student in African Studies, University of Oxford. Yotam was previously a consultant with the International Refugee Rights Initiative. He has a LL.B from Tel Aviv University. Yotam is on twitter @GidronYotam.

In July 2011, a new international border emerged in Africa when South Sudan separated from Sudan and became independent. Full of oil fields and contested areas, it was somewhat inevitable that this border area would have a turbulent future, but in addition to these sources of friction, at the same time that South Sudan became an independent state, war also broke out between the Sudanese government and the Sudan People's Liberation Movement-North (SPLM-N) in what is known as the ‘Two Areas’ – the two states located inside Sudan on the northern side of the new border. The conflict began in June 2011 in Southern Kordofan State (the Nuba Mountains), and three months later spread to Blue Nile State, on the eastern end of the new border. As a result, tens of thousands of people fled across the newly created border, seeking protection in a new country that used to be part of their own.

The International Refugee Rights Initiative (IRRI), in collaboration with the National Human Rights Monitors Organisation (NHRMO), recently published a paper on civilian perspectives on the conflict in Blue Nile State, based on field research conducted there and in four refugee camps currently hosting refugees from Blue Nile in South Sudan’s Maban County. Its findings shed light on the realities facing civilians living around a small part of the border between Sudan and South Sudan. Drawing on the research, this blog explores how civilians in the area perceive the new border, arguing that while it acts as a crucial refuge for those fleeing the conflict in Blue Nile, it is also viewed as increasing the alienation between Sudanese refugees and their South Sudanese hosts in Maban County.

A “rebel-held” border, demarcated by violence

One particularly important feature of the borderlands in southern Blue Nile State, known locally as the ‘liberated areas’, is that they are controlled by the SPLM-N. This is a banned political party with an armed wing whose members were previously part of the SPLM, which fought against the Sudanese government during Sudan’s second civil war (1983-2005).

The Sudanese government has no land presence in the “liberated areas”. However, its air force dominates the air space. Antonov planes, used by the government to drop bombs indiscriminately as part of its counter-insurgency strategy, roam the skies above the SPLM-N territories. Their attacks, as well as their threatening presence in the skies, are arguably the strongest, if not the only, expression of Sudanese sovereignty in these territories, and are a dominant feature in the life of every civilian there. Civilians have learned to identify the Antonovs’ humming engines from afar, and have dug foxholes to hide in during attacks.

Therefore, even though the border is not controlled by the government and is not visually marked, its vague line is always present in peoples’ minds because the act of crossing from South Sudan to Sudan exposes them to the threat of extreme violence: they know that once the border is crossed into Sudan, the threat of an attack from the sky is constant. Sudanese government planes do not usually venture across the international border inside South Sudan to carry out bombings.

Refuge and access to aid: the border as a resource

It is in the context of the ongoing conflict that some of the refugees from Blue Nile interviewed by IRRI said that one positive outcome of South Sudan’s independence is that the new sovereign state now offers them a new layer of protection against Sudanese forces. During Sudan’s second civil war, civilians from Blue Nile State fled predominantly to Ethiopia, where many of them stayed until about a decade ago. When war broke out again in 2011, most refugees fled to the new state of South Sudan, and today the country hosts more than 136,000 refugees from Blue Nile, while Ethiopia hosts close to 40,000.

An important aspect of the protection is the humanitarian aid that is provided by international organisations in Maban County, especially as no such aid is currently available in conflict zones inside Sudan. Since the beginning of the war, the SPLM-N and the Sudanese government have been unable to agree on humanitarian access to the SPLM-N-held territories: the government insists that aid must be provided from within Sudan, while the SPLM-N insists that at least some of it must be transferred from neighbouring countries. Meanwhile, the humanitarian situation inside the SPLM-N territories remains dire.

While international organisations are not involved in cross-border humanitarian operations, some of the goods they provide do make their way into Blue Nile because once distributed in camps, they penetrate the local markets and are being traded on both sides of the border. Maban County, with its sprawling refugee camps and international presence, is therefore not only a shelter for refugees, but remains the most important source of supplies for the SPLM-N-held territories.

The border’s impact on inter-community relations

In recent years finding a shelter in South Sudan has become increasingly precarious because of tensions between refugees and host communities in Maban County. According to local authorities, since 2011, close to 100 people have been killed in clashes between the communities, while refugees claim the numbers are even higher. These tensions mainly revolve around access to Maban’s limited natural resources, such as wood and land, but have been exacerbated by South Sudan’s civil war that broke out in December 2013. The war has led to the re-emergence of numerous independent local militias throughout the country, including in Maban County, further politicising and intensifying pre-existing tensions.

As a result of the tensions in Maban, some refugees view the new border as damaging, arguing that it renders people from Blue Nile “foreigners” in a country that was once theirs, and among communities many of them previously regarded as kith and kin. As one man from Blue Nile, currently a refugee in South Sudan, told IRRI: “If there was one country

The importance of this layer of association is further demonstrated by the fact that the tensions in Maban have equally affected communities from close ethnic groups that were known to enjoy good relations in the past, but were “separated” by the border. Most notably, this has been the case of the Uduk people of southern Blue Nile and the Maban people of Maban County. The two communities have long lived in close proximity to each other, on the two sides of the administrative line that eventually became an international border, and even though they do not speak the same language, they do share many cultural traits and used to intermarry regularly. However, after five years of refuge in Maban, the relations between Uduk refugees and host Maban communities have deteriorated significantly, and according to many refugees, are currently just as poisonous as the relations between the Maban and any of the other communities of refugees from Blue Nile.

For many of the civilians of Blue Nile the new international border proved to be both a blessing and a curse. It provides them with a new shelter in which they can access humanitarian aid and stay away from the bombs of their persecutors; but it also increases tensions between communities that used to enjoy better relations in the past, transforming and reorganising alliances that may have offered local populations protection of other forms under different circumstances.

The international border between South Sudan and Sudan was born out of a peace agreement that was supposed to end a civil war of more than two decades. Blue Nile State and Maban County form only a tiny part of this border, but what the dynamics demonstrate, is how five years after the border was formally “internationalised” with the intention of bringing stability and lasting peace, it has become part of the landscape of renewed conflicts on both sides.

Intensifying Everyday Cruelties in the UK Asylum System: An Analysis Based on Sudanese People’s Experience 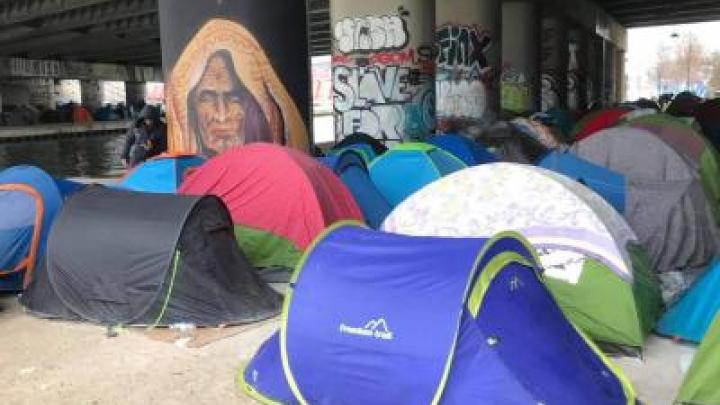