Guest post by Lirio Gutierrez Rivera, Assistant Professor at the Department of Political Science at the National University of Colombia. Lirio researches urban violence, marginality and prisons in Latin America. This is the fourth instalment of the themed series on the Border Criminologies September workshop on Race, Migration and Criminal Justice, offering a summary of the main points of Lirio's presentation. The papers from this workshop will appear in 2017 in a book edited by Mary Bosworth, Alpa Parmar and Yolanda Vázquez and published by Oxford University Press. You can read the storify story of the #RaceMigCJ workshop here.

In recent years, Central American women from mainly Guatemala, El Salvador, and Honduras have been fleeing their countries of origin and seeking asylum in the United States (US). They claim they cannot go back to their country of origin because it is too dangerous. They are afraid to return because they believe they will experience the same violence and abuse that forced them to leave their places of origin in the first place. And they are probably right. There are no official records indicating the number of women, who flee per year, however, asylum requests by women nationals of these countries have increased by almost 1,200 percent since 2008. Furthermore, 82 percent of the women arriving at the U.S. border ‘have significant possibility of establishing eligibility for asylum or protection under the convention against Torture’.

Guatemala, El Salvador, and Honduras are considered some of the most violent countries in the world. Women fleeing the violence are mainly ‘mestizo’, namely, women of combined European and Amerindian descent. Many are victims of domestic violence. Furthermore, they experience forms of violence and abuse from gangs who control their neighborhoods. Women decide to leave their country of origin after various failed attempts to find protection and safety there. Their attempts range from seeking support from family and friends, moving to other neighborhoods or cities several times to changing cell phones in order not to be tracked down by their spouses, partners or gang members. Finally, they try to seek protection from the state. The overall lack of protection and security for female victims of violence can account for their internal displacement and, later, their decision to migrate to the United States. In this post, I focus on the case of female asylum seekers from Honduras. The analysis is based on my work as an expert witness which involves reading declarations and, in some cases, speaking with female asylum seekers in order to write a report for attorneys, who defend them pro bono, on the conditions of their countries of origin.

Honduras is not a safe place for women. In the past decades, violence toward women and femicides have escalated. Currently there are 174,000 and 274,000 displaced persons in Honduras and El Salvador respectively. More than half of the displaced persons are women, trying to escape from gender-based violence. Although violence against women can affect all women regardless of race and class, in Honduras, it generally affects women from socio-economic disadvantaged backgrounds. Machismo attitudes of male state actors (especially police and criminal investigators) toward female victims of violence, apparent in their unwillingness to look into reports filed by women as they deem violence against women as unimportant, indicate the “structural violence” (see for example Farmer and Galtung) backed by the state. For these women who are caught in a cycle of gender- based and criminal violence, in which the state plays an active role, migrating to the US is the only option in order to avoid abuse, torture, or even death.

Unpacking the cycle of violence

In this cycle of violence women go through four stages. The first stage refers to unequal power relations at home. The declarations of women seeking asylum indicate that they had experienced some form of violence and abuse from a (male) family member. This includes beatings, rape, and constant demeaning behavior with references to their gender. Furthermore, all of the female asylum seekers had experienced restricted opportunities at home, mainly with regard to education. For example, according to the demographic details found in their declarations, female victims of violence had not finished either primary or secondary school. This is due to familial pressure to be merely involved in housework or due to financial difficulties. Teenage pregnancy is another reason why these women drop out of school. Many become pregnant when they are between 13 and 16 years old and are forced by their parents to live with the father of the child.

Gender-based violence inflicted by their partner, spouse or boyfriend is the second stage of the cycle of violence. Because of women’s restricted access to education and the labor market, having a male partner is generally perceived as a form of protection and important for securing economic stability. However, in their new home women are still expected to fulfil gender roles as wives and mothers. In this gender hierarchy women are expected to ‘serve’ their boyfriend, partner or spouse. More importantly, soon after moving in, women, especially if they come from social and economic disadvantaged backgrounds, begin experiencing abuse and violence such as beatings, starvation, rape and other forms of torture. Machismo values and gender hierarchies, which are prevalent in the country, legitimize the mistreatment, subordination, and violence toward women. In addition, financial dependence provides few opportunities for escaping this abusive environment. Turning to their family for support does not help them either as experiencing violence at home is considered to be ‘normal’.

The first and second stages of the cycle of violence generally occur in the private realm, whereas the third and the fourth stages occur in the public realm. Due to female victims of violence economic status, they can only afford to live in low-income neighborhoods which are generally controlled by gangs also known as maras. Women are targeted by gang members because their boyfriends are either gang members or members of a local ‘security’ group. In the past decades, security has become privatized in Honduras, like in many countries in Latin America, to cover for the absence of state protection and failed police reforms. The maras perceive local security groups as defiance to their authority in the areas they control and attack the members of these security groups as well as their families. In some cases, women are attacked because they belong to a family persecuted by the maras.

The state is the main actor in the fourth stage of this cycle of violence. Female victims of violence seek state protection when they have exhausted all other available options. Women file complaints at the police and/or the Public Prosecutor’s Office expecting state authorities to look into their cases and bring the perpetrators to justice. Yet, during this process they encounter various obstacles, mainly due to gender bias. Firstly, police officers openly disregard these reports by claiming that it is ‘normal’ for a man to beat and abuse his partner or girlfriend.

Secondly, even when they file the reports, state authorities are remarkably slow to investigate their complaints. As a result, complaints remain in a bureaucratic limbo due to poor institutional cooperation and the inefficiency and lack of motivation on the part of civil servants. But even when perpetrators are arrested, the relevant legislation allows for their early release either because their family pays bail or because arrests made on the accusation of domestic violence cannot exceed 24 hours. Women who file complaints against gang members have to go through a similarly frustrating process. Therefore, many women end up withdrawing complaints or refusing to testify in courts because of the absence of witness protection in the country.

This cycle of gender-based violence continues even after they leave their country of origin. As the declarations indicate, getting to the US border from Honduras is a dangerous journey particularly at the Guatemala and Mexico borders. When arriving at the US border, most are immediately sent to immigration detention centers in order to be deported. As Golash-Boza points out, ’the United States is deporting more people than ever before’ and most of them are people of color. Further, as Hunter observes racial discrimination also involves colorism, that is, ‘the process of discrimination that privileges light-skinned people of color over their dark-skinned counterparts’. This appears to be the case of most of the women fleeing violence. They are racialized as Hispanic –or brown skin color- from immigration and border officials as well as under immigration laws. Aside from that, these women remain in a cycle of violence as they are criminalized for entering the country irregularly.

Policing the Boundaries of Belonging 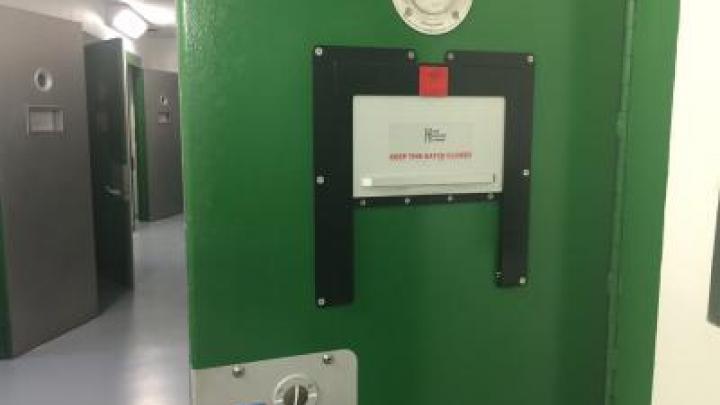