Guest post by Dorte Thorsen, the Gender and Qualitative Research Theme Leader of the Migrating Out of Poverty Research Programme Consortium, School of Global Studies, University of Sussex.

Human Smuggling and Border Crossings successfully challenges the dominant discourse linking the smuggling of people with mafia-like criminal organisations, extreme violence, and greed. Gabriella Sanchez paints a picture of fluid networks of ordinary men and women who engage in the facilitation of extra-legal border crossings in the US state of Arizona as a means to tide over income gaps and to contend with―and oppose―structural marginalisation. Through a unique combination of deep knowledge of border control and law enforcement procedures from her work interviewing detainees for a county criminal court, critical analysis of court case files, and ethnographic field research, Sanchez unpacks the multifarious, minute activities making up border crossing operations. Her work is an important contribution to the emerging body of research highlighting the perspectives and practices of people facilitating border crossings.

The ethnography steadily digs into the global and local discourses surrounding smuggling and extra-legal border crossings, identifying flawed understandings and misrepresentations in order to promote particular policies. In line with critical scholarship on contemporary regimes of migration management, Sanchez notes that the focus on humanitarian crisis, violence, and death in border zones often results in decontextualized and ahistorical arguments, which fail to consider the effects of racialized, gendered, and classed inequalities. This, she demonstrates, is particularly problematic in the context of Arizona where racial inequalities date back more than a century and have been subject to various degrees of institutionalisation in labour and immigration legislation over time.

While the marginalisation of Mexican immigrants could promote the idea that they were prone to enter criminal activities to make a quick buck, Sanchez’s continued deconstruction of the myths surrounding smuggling puts that idea to rest well before it nestles. Her detailed analysis of people facilitating border crossings shows that they are a highly diverse group, and yet she effectively points out the commonalities pertaining to the division of labour along gendered lines. Although both women and men can operate as recruiters and coordinators, men are usually the ones engaged in the risky business of guiding migrants across borders and through desert zones and of driving them from one pick-up point to another or to the final destination. Women tend to work in safe houses where they provide care and support to migrants in transit and thereby fulfil an important role in maintaining the networks’ trustworthiness.

These insights are fresh. Digging deeper to understand the gender dynamics at play, Sanchez weaves in the structurally different positions and pathways of Mexican women and men in the US. She exposes that female border crossing facilitators are more settled in the Arizona border zone than their male counterparts, and that they therefore tap into different niches in the facilitation process. These niches reiterate gender inequalities in pay but not necessarily in social position. While racial stereotyping within law enforcement authorities renders Mexican men more at risk of having their papers checked, female facilitators and their families are, in fact, affected more profoundly in situations of detainment and deportation. For women, deportation entails separation from their children, whereas for men, whose families often remain in the country of origin, deportation doesn’t have the same effect.

Finally, challenging the idea that smugglers are part of criminal networks, Sanchez describes the flexible, social networks of relatives and acquaintances that characterise border crossing facilitation in Arizona. Most people don’t engage in these networks because of greed; rather, their participation is embedded in acts of solidarity and concern. Thus, relatives may encourage someone in economic difficulties to participate in a border crossing facilitation to tide over financial hardship, or facilitators may allow border crossers to work off fees they were unable to raise through other means. Relatively often, facilitators enlist border crossers to take on the role of a driver (i.e., to become part of the facilitation process) for a reduced fee. These practices manifest the fluidity and flexibility of border crossing networks in Arizona.

Human Smuggling and Border Crossings is a captivating and grounded account of how and why border crossing facilitators organise. Sanchez frames her analytical approach as part of the age-old agency-structure debate and turns to Bourdieu’s work to highlight how choices are made in the interstices of limits imposed by the habitus and people’s weaving around social and structural constraints in their struggle for social position. Yet, this debate isn’t picked up in her subsequent analysis.

It would perhaps have been useful to her argument to offer further theorisation of the multiplicity of intersecting moral economies surrounding Mexican immigrants in the border zones of Arizona, and the social responsibilities and mutuality within the Mexican community at large and in intimate relationships. This angle might have brought out more succinctly the contractions within the migration management in Arizona, such as treating Mexican women and men differently, and of permitting irregular migrants some level of formalisation while denying them full legalisation. I would be interested in reading more about the ways in which norms and values linked with gender identities and class are effected by the processes of marginalisation in Arizona, and how people within the Mexican community related to race inequalities.

Sanchez’s narrative in Human Smuggling and Border Crossings is a noteworthy and timely contrast to mediatized stereotypes of human smugglers and thus an important contribution to understanding the effect of regimes of migration in the global north. This book will be of interest to advanced undergraduate and postgraduate students, academics, journalists, and people concerned with mixed flows of migration, border control and migration management. As the ethnography is presented without anthropological jargon, it is an uncomplicated introduction to the kind of detail and insights ethnographic studies offer.

Book Review: Viapolitics: Borders, Migration, and the Power of Locomotion 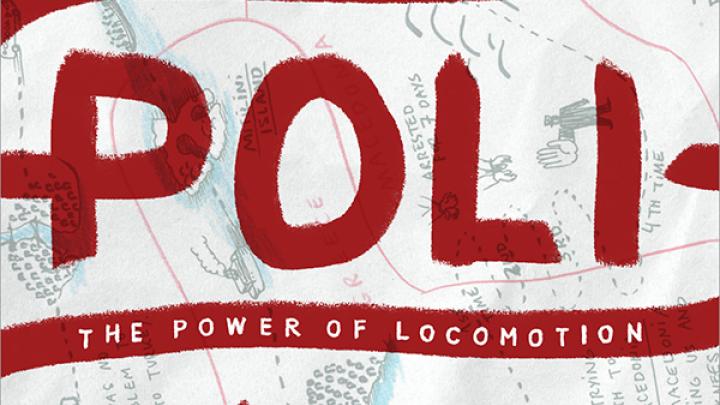