Punishing Immigrants: The Unconstitutional Practice of Punitive Immigration Detention in the United States

Guest post by Christine Wheatley, PhD Candidate, Department of Sociology, University of Texas at Austin. Her current work is a bi-national ethnography that investigates the impacts of US deportation laws on the processes of removal taking place in detention centers and immigration courts in Texas and on deportees and other returning migrants in Mexico. This post is the fifth installment of the Border Criminologies Themed Week on Deportation Threat, Realities, and Practices in the United States organised by Tanya Golash-Boza.

In June of 2014, the Obama administration announced plans to increase the number of asylum-seekers held in civil detention. This announcement was in response to the thousands of Central Americans who came across the South Texas border in very short order, many fleeing violence and threats on their lives. Obama stated that this new policy would deter future migrants from attempting to cross into the United States unlawfully. In February 2015, a federal judge temporarily blocked this policy, barring the administration from detaining migrants solely ‘for the purpose of deterring future migration.’

The federal government’s policy to use civil detention as a deterrent reflects the extensive documentation of the conditions within immigration detention facilities in the US by human rights groups such as Amnesty International, journalists, lawyers, and researchers like myself, citing concerns that they resemble jails and prisons in many ways and that detainees are treated like prisoners. Furthermore, many immigrant detainees are held in jails and prisons simply for lack of space in immigration detention facilities. All this means that civil immigration detention, a purportedly non-punitive form of confinement, is punitive in practice, which violates the 5th Amendment of the Constitution and is thus unconstitutional according to several Supreme Court decisions. Furthermore, the lines have been disconcertingly blurred between the public and private sectors now that the management of an increasing number of detention facilities in the US has been outsourced by the federal government to private corporations. Consequently, not only are these corporations profiting from the unconstitutional imprisonment of immigrants, including small children, they are actively involved in creating the prison-like environments that make these detention facilities punitive.
The Unconstitutionality of Punitive Detention
Prisons and jails are forms of confinement that are understood and accepted as punitive. Conversely, civil immigration detention is preventative rather than punitive, holding individuals in deportation proceedings who are either deemed a ‘flight risk’ or ‘danger to the community’ until Immigration and Customs Enforcement (ICE) or an immigration judge has decided either to grant them permission to remain in the US or to deport them. People held in civil detention haven’t necessarily been charged with or convicted of a crime. In the US, most immigration-related offenses, such as entering or residing in the US without authorization, are regarded as civil, not criminal, offenses.

For detention facilities to be run like prisons and for detainees to be treated like prisoners makes civil detention punitive in practice. Yet, the Supreme Court has ruled in several cases that civil detention is to be non-punitive. In Zadvydas v. Davis, a 2001 case concerning the constitutionality of indefinite detention, the Court described detention as civil in nature and ‘non-punitive in purpose and effect.’ For it to be otherwise would entail a violation of the due process clause of the 5th Amendment of the Constitution, which protects against arbitrary denial of liberty by the government. This is because immigrants in deportation proceedings, being charged with civil violations, lack the procedural protections against unlawful imprisonment that are available to individuals in the criminal justice system.

Despite these Supreme Court rulings, report after report documents that civil detention is punitive and prison-like. This is what I found in my comparative ethnographic study of two detention centers in Texas in 2013, one that detains men and another that detains women. Each facility has been ‘outsourced’ by the federal government to different private corporations that are charged with managing the facility and the detainees held there, an increasing trend.

I found both facilities were prison-like in terms of their physicality and the way detainees were treated by ICE agents and the employees of the corporations that run these facilities. However, there were notable differences, suggesting that the ‘prisonization’ of civil detention, and the subsequent criminalization of detainees, doesn’t happen in uniform ways. At the women’s facility, for example, detainees take Zumba classes, wear their own clothing, and are called ‘residents,’ yet tall fences topped with barbed wire surround the property, guards take cell counts several times a day, detainees’ access to communication with lawyers and the outside world is extremely limited, and they’re referred to only by their ‘Alien’ number. The men’s facility shares many of these punitive features with some notable additions: the guards are armed and all detained men wear color-coded prison uniforms. The color indicates the severity of the civil or criminal offense for which they’ve been charged or convicted: blue, orange, and red. Red is reserved for detainees convicted of felony offenses (even non-violent ones), who must also wear handcuffs connected to belly chains and chains on their ankles. All of their movement requires an escort and the hallways must be cleared anytime a ‘red’ is ‘on the move.’

It’s difficult to tease apart precisely what explains these differences. I posit that it’s a combination of factors, one being that the facilities are run by different corporations. This may suggest some of the concrete ways in which corporations that manage detention centers are actively involved in creating these prison-like environments and producing criminality among detainees. While immigration laws make certain dictates about detention, such as mandatory detention for some immigrants, nowhere does the law state that detainees must wear color-coded prison uniforms and held in restraints. Such practices raise serious questions about the role that corporations ought to play in the detention and deportation of non-citizens and who may be held liable for wrongly detaining non-citizens in a punitive manner. Will the federal government be able to pass the liability onto the corporations that run these detention facilities the next time that the Supreme Court re-asserts that civil detention must be non-punitive? Will the holder of liability be so unclear that it will be impossible to hold either the government or private corporations fully accountable for illegally punishing immigrants? We, along with these detained immigrants, will have to wait and see.
Themed Week on Deportation Threat, Realities, and Practices in the United States: 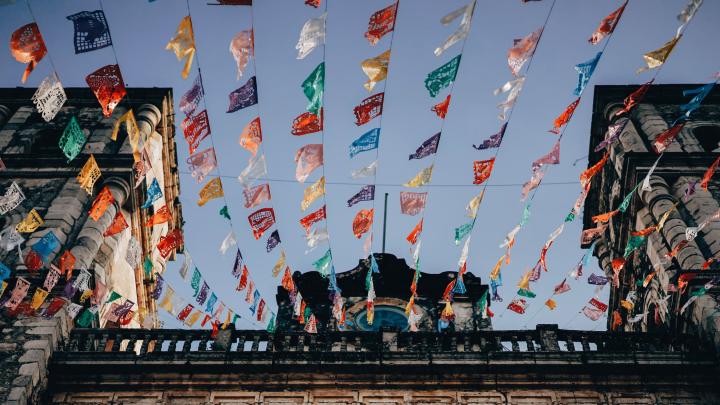