Guest post by Elisa Pascucci, postdoctoral researcher at the Academy of Finland CoE for the Relational and Territorial Politics of Bordering, Identities and Transnationalization (RELATE), University of Tampere, Finland.

Review of Asylum Seeking and the Global City by Francesco Vecchio (Routledge, 2015).

Cities have emerged in recent years as increasingly important sites where, at a global level, the politics of migration and asylum are renegotiated. Beyond the Euro-American context, literature in this area has mostly focused on the relation between the space of the refugee camp and new and emerging urban forms in contexts of underdevelopment. At the same time, influential contributions in critical border, migration, and globalization studies have highlighted the nexus between urban neoliberal development and the ‘production of illegality’ and social marginality in global migration and asylum regimes. Jean François Bayart’s Global Subjects and Mezzadra and Neilson’s Border as Method immediately come to mind, as well as―although with a slightly different focus―Saskia Sassen’s recent Expulsions.

Compared to most existing literature, Francesco Vecchio’s Asylum seeking and the Global City has the merit of being one of the rare studies in which the connections between economic globalization and migrants’ marginalization are traced through careful and extensive empirical analysis. The book is a remarkably well researched study of asylum seekers’ and refugees’ socio-legal and economic conditions in Hong Kong. Based on long, systematic fieldwork and benefiting from the author’s own experience as a legal aid worker, it’s particularly rich in ethnographic and legal data on both Hong Kong’s migration history and current legal regime. This in itself makes it a valuable tool for practitioners and students interested asylum and migration in South-East Asia.  As the title suggests, however, the volume also has the ambition of making a broader theoretical point, namely linking debates on asylum to those on citizenship and socio-economic inequality in rapidly globalizing urban contexts. Vecchio argues in particular that the systematic ‘illegalization’ of asylum seekers―such as the one at work in Hong Kong, which has no comprehensive internal legislation granting protection to refugees―and their consequent integration into the lowest ‘informal’ sectors of urban economies is an essential component of processes of “global cities formation.” Far from being a mere by-product of urban dynamics of capitalist expansion, the marginalization of the most vulnerable amongst international migrants is instead an essential part of them. In this context, as Vecchio repeatedly remarks, the categories of asylum seekers and economic migrants are becoming increasingly blurred. Crucially, this is due not only to the ‘mixed’ nature of contemporary migration flows, but also to the fact that, at a global level, restrictive legal regimes and polarizing economic trends are forcing asylum seekers to seek the same survival strategies adopted by the poorest among economic migrants.

While this argument is important and compelling, some of the author’s analytical and stylistic choices risk undermining what is otherwise a powerfully rich study. Following a rather conventional research monograph structure, the introduction and the first two chapters set out to outline the context and theoretical framework that sustain the empirical analysis. Particular attention is paid to recent patterns in Hong Kong’s economic development, but also to defining concepts like asylum seekers’ ‘agency’ and ‘vulnerability.’ Vecchio’s efforts in this regard are aimed essentially at locating asylum seekers as active subjects within a structural context defined by neoliberal globalization and the associated rapid production of inequality and exclusion. His attempt, however, appears hindered by a tension between the use of institutionalist and liberal sociological categories―mainly ‘social capital’ and Karen Jacobsen’s ‘livelihood framework’―and a more critical political economic stance which, in analyzing Hong Kong as a global capitalist centre, draws extensively on the work of authors like David Harvey and Saskia Sassen. This tension is never fully resolved in the subsequent chapters, and resurfaces in the conclusions (Chapter VI), where Vecchio affirms that “what emerged most powerfully from this study is the agency of asylum seekers” (p. 217). The reader is then left to wonder whether the ‘structure and agency question’ has not been too hastily and simplistically solved, in a way that’s only partially sustained by the author’s own findings. Does the book’s extensive analysis of the processes of legal and economic exclusion at work in Hong Kong, albeit partially countered by asylum seekers’ coping strategies, justify such an optimistic-sounding conclusion?

The three central empirical chapters are by far the strongest and most interesting part of Asylum Seeking and the Global City. Perhaps in some crucial passages the vast amount empirical data contributes to obscure, rather than support and elucidate, the important theoretical conclusions the author aims to offer. Yet throughout these chapters the reader is led to discover fascinating details about migration routes in East Asia and the dynamics of border crossing into Hong Kong (Chapter III), as well as about everyday life in the lively ‘marginal spaces’ that flourish at the edges of Hong Kong’s new financial economy (Chapter IV). The description of the macro-economy of waste recycling in which many of the author’s informants were involved, for instance, offers a glimpse into everyday life in the large scrapyards of Hong Kong’s northern New Territories. In these “desolate locations […] surrounded by dust, dirt, and overgrown grass and tall metal walls with cameras” (p. 165), where e-waste material collected along the city’s central streets is dismantled or repaired to be resold in mainland China or African countries, asylum seekers often compete with elderly Chinese residents in trying to secure livelihoods that the absence of comprehensive government welfare has rendered increasingly precarious. The book is full of similarly exciting empirical data―from those on asylum seeking and domestic work, to the description of the use of fabricated identities to access otherwise precluded legal jobs. It’s through them that we learn, clearly and sometimes movingly, how institutional and legal exclusion means de facto inclusion into the most precarious sectors of the ‘black’ economies that thrive in the shadows of Hong Kong high-rises. Francesco Vecchio’s ethnography speaks for itself. 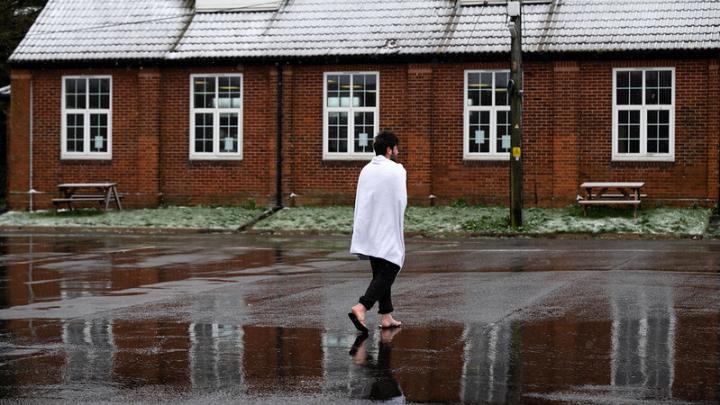