Illusions of Freedom: The Paradox of Border Confinements

Guest post by Vicky Canning, Senior Lecturer in Criminology, Liverpool John Moores University. Vicky's recent research focuses on sexual violence support for survivors of conflict related violence awaiting asylum in the UK, structural violence in the asylum process, and responses to conflict related torture in Denmark (with thanks to DIGNITY, the Danish Institute Against Torture).

The study of ‘confinement’ is fraught with complexity and contestation. What is, or should be, defined as confinement may relate to the discipline of the researcher, the activist, or the person confined. Is our understanding of it limited to physical incarceration, or should we consider its temporal and psychological dimensions? As the detention of asylum seekers and refugees has grown, it seems an appropriate time to bring these questions to the foreground. In considering them, I will draw on research I have recently conducted in Denmark.*

My research, a small project developing my PhD findings and activist work, aimed to explore psychosocial responses to conflict related sexual violence and torture. Undertaken in Spring 2013, I worked at the Danish Institute Against Torture exploring forms of responses and support available, as well as identifying wider organisations and networks working in similar fields. During a three week visit to Copenhagen, I undertook 18 in-depth interviews and visited three institutions (which I agreed to anonymize). One of these, an asylum ‘accommodation’ centre, houses asylum applicants on arrival and rejected applicants awaiting deportation after final appeal.  It was here that my research widened to consider not only psychosocial support, but the concept of freedom for asylum seekers in the Danish system.

From the surface, there appear to be stark differences between detention centres in the UK and those in Denmark. Although both hold individuals and families awaiting deportation, the spatial disparities between them are marked. Indeed, the most obvious difference was in relation to freedom of access and exit for most asylum applicants in comparison to those housed in detention centres in the UK. Unlike their counterparts in the UK, almost all inhabitants of the centre were permitted to enter and leave at will. There was ample open space, and a nursery with staff who, in the brief encounters I had with them seemed passionate about their role in supporting refugee children. With the exception of those held in the camps’ prison, this appeared very different to the securitised immigration removal centres (IRCs) in England and Wales.
But what can we make of these differences? As you can see from the pictures, the building itself is not unpleasant, and for most people, ‘exit’ is only a button click away. Physical confinement is less intrusive and controlling than IRCs in the UK, with very little barbed wire and lower, unfortified fencing. Nonetheless, the more I interviewed and spoke with psychologists and refugee support workers across a number of organisations, the more apparent it became that the freedom of refused refugees or new arrivals was little more than an illusion. Children may have space to play, but it is under the shadows of a policed and barbed prison. Residents can come and go, but must still pass through the guarded gates of an old military barracks. And where might they actually go to? Like many penal and semi-penal institutions, detention centres are often beyond the vicinity of towns and cities. Without funds to travel, the reality of freedom is very limited.
There is little comparison between the level of control in the Danish asylum centre I visited, and the physically securitised existence of those detained in the UK. But three similarities pervade. Firstly, there is a spatial divide between centres and cities that renders those living there on the periphery of consciousness – ‘out of sight, out of mind’ – whilst simultaneously restricting people’s capacity for regional mobility. Secondly, the often indeterminate duration of life in detention centres confines an individual’s temporal identity. Lastly, and crucially, it is evident that autonomy and agency are all but erased for immigrants and refugees living in an era of ever-increasing incarceration and confinement, at a time of ever-expanding and constricting border controls.
These thoughts lead me back to my first question: is our understanding of confinement to be limited to physical incarceration, or should we consider temporal and psychological dimensions? Whilst more comparative research between the UK and Denmark would be welcome, it seems that there is an inherent harm in forcing individuals to live without autonomy over where they may be tomorrow, with few real options for what to do today. This leads me to conclude that increases in detention of asylum seekers and rejected refugees should recognise temporal, spatial, and psychological confinement in critically challenging neoliberal assumptions of what it means to have freedom.
Published findings for this project are forthcoming. For information on Vicky's findings of previous similar studies, please see:
For another perspective on asylum centres and social marginality, please see Nicolay B. Johansen's recent post on the Border Criminologies blog.
Want to start a discussion about this topic? Post a comment here or on our Facebook page. You can also tweet us. 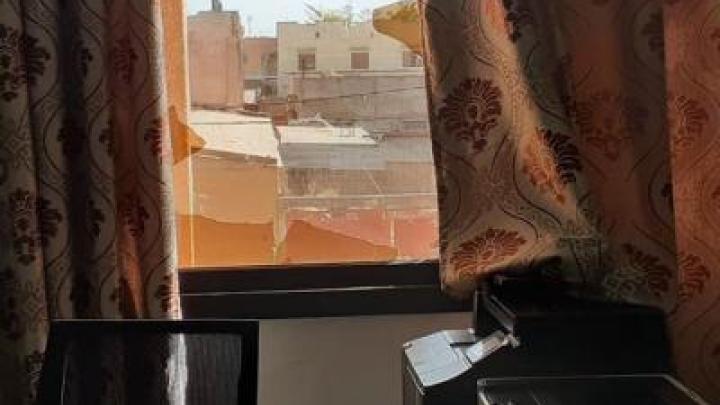