Growing up with immigrant parents can place a heavy economic and social burden on children, especially if the parents are undocumented (Bean et al. 2015). Over the last few years, the growth of immigration enforcement has deteriorated the situation for children further. Between 2009 and 2013, enacted immigration policies in the United States were responsible for the deportation of almost 2 million individuals (Vaughan 2013). Fearing the reporting and deportation of family members, undocumented parents might interact less with individuals outside their community, decrease enrolment of their children in non-mandatory educational and extracurricular programs, and reduce social contacts to a minimum. These changes in parental behaviour can have detrimental effects on children and their skill development. Despite the policy relevance of understanding the impact of immigration policies, very little evidence exists on how and why these policies can spill over to children.

In our study, we followed two goals to understand better how immigration policies can affect children. First, we studied the potential spillover effects of immigration enforcement policies on the English language proficiency of US-born children with at least one undocumented parent. We concentrated on language proficiency as an essential skill associated with future success. A sufficient level of language proficiency is vital to participating fully in society (Arington1990). Higher verbal skills earlier during a child's life cycle play a substantial role in explaining later educational success, such as college enrolment (Bleakley and Chin 2010; Aucejo and James 2021). Ultimately, language skills affect future labor market success, particularly for immigrants (Dustmann and Fabbri, 2003; Bleakly and Chin, 2004).

Our second goal was to explore how immigration enforcement policies can change parents' human capital investment decisions as an important underlying mechanism. Language skills are largely shaped by interactions with native speakers, specifically at a younger age (Henry and Rickman 2007; Weisleder and Fernald 2014; Villarreal and Gonzalez 2016). This gives immigrant parents an essential role in directly and indirectly shaping their children's language skills. For example, parents may decide not to enrol their US-born children in non-mandatory education programs to limit social contact and exposure.

We found that immigration enforcement policies reduce children's language proficiency by around 10 percent and the probability that they speak English very well by around 3 percent. These results indicate the opposite effect as policies aimed to improve the language skills of disadvantaged children. For example, access to Head Start, an early education intervention program aimed at disadvantaged children, increases children's third-grade reading and vocabulary skills by 2 percent and 0.5 percent, respectively (Puma et al. 2012). Immigration enforcement, therefore, has the potential to diminish or even entirely erase any positive effects of education policies for US-born children with likely undocumented parents.

We also found a lack of intervention later during a child's life cycle, which compensates for the negative spillover effects of the policies. The lower accumulation of language skills ultimately leads to the lower educational achievement of affected children. For example, children who are exposed to immigration enforcement early during childhood at ages 0 to 4 are around 7 percent less likely to graduate high school by age 19. To put these results into perspective, Bailey et al. (2021) find that access to Head Start increased high school completion by 2.6 percent, while Kuka et al . (2020) find that eligibility for DACA increases high school completion by around 6 percent. We also found negative, though imprecise, effects of immigration policies on college enrolment at this age.

Heightened immigration enforcement leads to changes in parental human capital investment in their children. We found that it deters undocumented parents from enrolling their younger children in non-mandatory preschool. It also reduces time spent on leisure, and social activities are usually done with other people. Thus, immigration policies lead to fewer opportunities for children to interact and learn from others, caused by changes in parental behaviour. Parents try to compensate for the reduction in time spent with others and in preschool by spending more time playing with their children. This extra time cannot fully compensate for reduced formal education, however. Overall, these developments ultimately lead to the negative effects of immigration enforcement on children's English language skills.

Deceased Migrants in South Africa: The Relevance of Objective 8 of the Global Compact for Migration 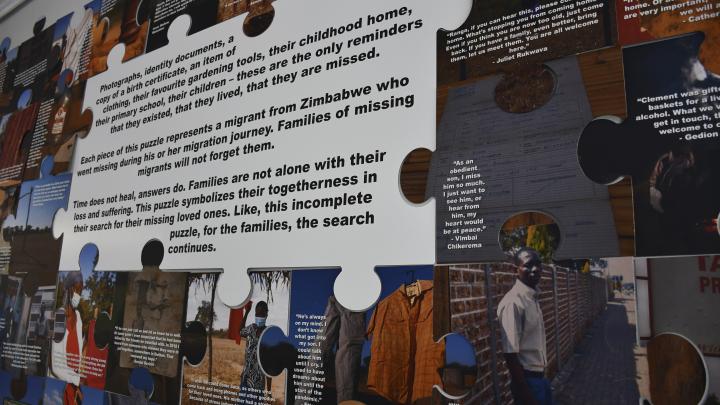