Externalization on the Inside

Guest post by Jan Schaller. Jan Schaller is a PhD candidate at the Institute for Migration Research and Intercultural Studies (IMIS) at the University of Osnabrück. He completed his MA in Political Science at the Free University Berlin. In his research, he deals with questions of multi-level governance in the European migration regime, especially how and why organizations (don’t) cooperate with one another.

The externalization of migration control (see e.g. for this article for Western Africa, or this one for Danish plans to externalize the asylum process) has been a trend well-observed in the past decade in EU asylum and border policies. This development culminates in the attempt to fully externalize the asylum process to third country territory by some European states, such as the UK and Denmark. In at least the past fifteen to twenty years, a general trend is to be observed to “keep migrants at the margins” – in every dimension, be it in terms of location, legal position, or social status. This general approach can take different shapes, whereas one of the most notable (and also least visible) approaches is the externalization of migration control to third countries as demonstrated by Casas-Cortes, or Dünnwald. Especially Northern and Western African countries have been approached by European governments to act as ‘interceptors’, in the sense that they should prevent people from crossing the Mediterranean or the Atlantic. These agreements go hand in hand with millions of Euros in aid payments, border surveillance equipment, and training missions. Prominent cases are, inter alia, Libya or the Western African countries like Senegal or Mauritania, and Mali, which were among the first when they signed partnership agreements with Spain back in 2006 (see work of Sergio Carrera).

However, this is only one side of the coin. As the numbers show, there are still many people making it to Europe, despite all the investments in surveillance, and border reinforcements. Here, we can see something that can be described as externalization on the inside: Governments try to limit migrants’ access to resources, as well as contact with the rest of the population by deliberately choosing remote places for camps such as islands, or distant and hard to reach places in the countryside.

The first approach is to use islands deliberately to keep people from the mainland. Obviously, for geographical reasons, islands are the places where migrants enter the EU first (e.g., Lampedusa, the Greek islands, or the Canaries). The point at which it becomes a political issue is the decision about what happens afterwards. How long are migrants kept at the islands before they get transferred. Especially Greece has played an inglorious role with their policy to keep people for prolonged periods in overcrowded camps under inhumane conditions. However, especially since the beginning of the Covid-19 pandemic, people have been kept on islands for an extended time period, as the case of the Canary Islands has shown.

A second part of this externalization on the inside is to draw a sharp line where the geography allows a more direct access to the EU: the Balkans. The case of Bosnia Herzegovina is instructive in this regard as it constitutes the ideal testing ground for hostile border and asylum policies. Bosnia Herzegovina is not an EU member, yet it is a direct neighbor and due to its very special history, under strong influence of the EU. In conjunction with a relatively weak and very fragmented Bosnian state, international organizations, specifically the IOM, is less restrained in their actions. From the other side of the border, Croatian police forces react with aggressive border policies. Pushbacks are the norm, rather than the exception.

When the Balkan route started to gain importance back in 2015, there were still ad hoc camps close to the city of Bihać for example, a city in the northwestern Una-Sana Canton in Bosnia Herzegovina, close to the Croatian border. While offering abysmal living conditions, places like the Bira camp (an old factory), or Borici in Bihać, had one advantage: They were close to the city center and therefore closer to resources of any kind. Over time however, externalization on the inside has become the guiding principle, especially by constructing camps in remote places.

Since at least 2020, there has been a lot of effort to construct a new camp called Lipa, to close more provisional camps like the aforementioned Bira camp. Lipa is run by the IOM and located in the literal middle of nowhere, about 25 km away from Bihać, the next city. The trend is obvious: Migrants are being kept at the margins, externalized, although being on the inside.

It is important to include the spatial dimension if one wants to understand what is going on at Europe’s margin. However, these observations are very much attached to the materialist dimension. And while it is undeniable that a remote location makes it harder for migrants to pursue their lives, research is also needed on additional dimensions of externalization and remoteness. Therefore, it should also be asked what additional, supplemental measures there are to implement the idea of externalization in terms of (non-)access to social services, and societal integration. Only in combining all these dimensions will it become possible to really understand the degree of exclusion of migrants seeking their way to Europe.

Diplomatic Ties, Financial Incentives and a Narrowing of International Legal Obligations: A Reading of the UK High Court’s Decision on the ‘Rwanda Policy’

Reconsidering Asylum: Is it for those who need protection? 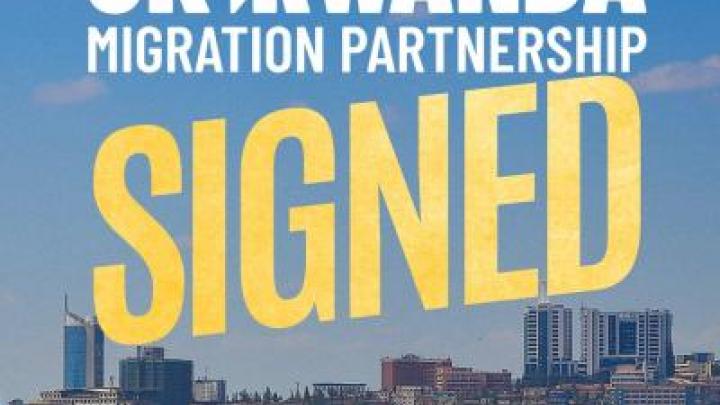