This post summarises the second Panel at the Oxford Conference examining the regulatory framework surrounding the use of flammable cladding on buildings. The linked slide presentations give more details. Both speakers also have previous posts: Jonathan Carrington writes about Class 0 (also discussed below) and Jonathan Evans explains problems in a block with High Pressure Laminate Cladding. Further related posts are here (terminology) and here (filler).

There are differing views as to what the current Building Regulations require, and whether the Approved Documents are ambiguous. Historically there was no such ambiguity. After the Great Fire of London in 1666 King Charles II’s declared: “No man whatsoever shal presume to erect any House or Building, great or smal, but of Brick or Stone…”

Moving forward in time to 1965, the first National Building Regulations were likewise prescriptive, setting out requirements in detail. Class 0 was introduced then. There was political pressure not to ban combustible material and the introduction of Class 0 allowed its use, despite opposition. Class 0 was a creature of statute: the focus was on the ‘lining’ being non-combustible, even though other material may be combustible.

Class 0 was measured through a combination of test results from BS 476: Part 6 and BS 476: Part 7. Both are small-scale tests of materials. Neither is a measure or indicator of a material’s combustibility; Class 0 only measures the spread of flame over the surface of a composite material. An Aluminium Composite Material (ACM) cladding panel with a combustible core and a non-combustible lining (surface) can achieve this classification.

In 1976, new Building Regulations were introduced. The oil crisis led to greater interest in energy conservation through better insulation, while at the same time more plastic materials were coming on to the market. This led to the increased use of plastic materials and cladding on buildings so as to improve their insulation, and certain plastic cladding was permitted provided the surface was Class 0.

The push for deregulation during the Thatcher years led to a new Building Act in 1984 (which is still in force) which was much less prescriptive. In place of detailed regulation, the Act only provides short functional requirements, with Approved Documents backing them up.

The Building Act 1984 placed the enforcement function with local authorities; Approved Inspectors do not, themselves, have any formal enforcement powers. Section 17(4) made a completion certificate issued by a local authority (non-conclusive) evidence that the requirements specified in the certificate have been complied with, while section 51 made a final certificate issued by an Approved Inspector (non-conclusive) evidence of compliance with Building Regulations. Section 38 provides that a breach of a duty imposed by building regulations is actionable so far as it causes damages, but has not been brought into force (although, as noted here, the government is currently consulting on bringing it into force). There is therefore no freestanding regime for any civil liability or civil remedy for damages for a breach of building regulations.​

The Building Regulations 1985 set out a new approach to regulation: functional requirements, or performance-based regulation, were adopted instead of prescriptive regulation. The principal building regulation requirement in relation to the external walls of buildings is requirement B4 (1) which provides:​

the external walls of the building shall adequately resist the spread of fire over the walls and from one building to another, having regard to the height, use and position of the building

Underlying all the regulations, the main concern has been spread horizontally, from building to building.

Regulation 7 of the 1985 Regulations imposed a simple requirement that building work ‘shall be carried out with proper material and in a workmanlike manner’; the 2010 Building Regulations expanded the wording (Slide 14) but recent amendments (in late 2018) have attached much more significance by further amending regulation 7 to make it mandatory not to use combustible cladding in certain situations. New regulation 7(2) requires all materials which become part of an external wall on a building above 18m to be of limited combustibility.

Approved Document B (ADB) deals with fire safety. There are two volumes, volume 1 dealing with dwelling houses and volume 2 with buildings other than dwelling houses (including high-rise buildings). The latest version of ADB came out on 19 September 2019. Class 0 has disappeared after 54 years of use. Instead, European (not national) classification systems or tests for reaction to fire were adopted. As noted above, however, Approved Documents are not mandatory: there may be alternative ways of achieving compliance with the requirements. Other guidance includes the Building Control Alliance (BCA) Technical Note 18, which sets out four routes or options to compliance.

What do the Grenfell Inquiry and Hackitt Review tell us about what went wrong with the Regulations and what is wrong with the culture? (Dr Jonathan Evans, Ash and Lacy)

Jonathan Evans opened with a powerful message: although it may be through no fault of its own, the cladding industry is ashamed of itself. It has an interest in getting it right.

Following public controversy after the publication of the Hackitt review which failed to recommend banning the use of combustible cladding, it was surprisingly announced on the BBC Question Time programme that a ban would come.

For Dr Evans, the Lakanal House fire in 2009 (where six people were killed and at least twenty injured in a high-rise fire in a twelve-storey building) should not be the main historical case study. Instead, he focussed on the Garnock Court fire in Irvine in 1999. One person died. The fire spread through the external cladding, spreading extremely quickly, and there was a recommendation that all external cladding systems should be entirely non-combustible, or proven not to pose an unacceptable level of risk in terms of fire spread (see slide 4).

B4 in the Building Regulations 2010 (above) effectively says, do not build a building that will burn. It is not possible, however, to carry out performance testing on each building: there are not enough resources for a case by case analysis.

Both Jonathan Carrington and Jonathan Evans note that there has been considerable debate about how para 12.7 in ADB (2006 ed.; no longer current) applies to ACM. This requires ‘insulation product’ and ‘filler material’ to be of limited combustibility (slide 6). The core is not an insulant, but immediately post-Grenfell the government said that ‘filler’ includes the core to an ACM sheet (and thus ACM with combustible core was not allowed). Jonathan Evans disagrees with this understanding: in the 50 years or so that ACM has been around, nobody has found any reference to the core of ACM being referred to as ‘filler’. Before 2014, out of over 600 ACM buildings, no buildings complied with this ‘filler’ requirement (slide 16): 600 architects, suppliers, building control officers, certifiers and manufacturers aren’t going to all get the same wrong answer for so long and nobody notice. It was Class 0 they worked to. Dr Barbara Lane, giving evidence to the Grenfell Inquiry (esp. F6.5.53), echoed the understanding in the construction and composites industries that ‘filler’ had not been used to define the core material of an ACM panel. If it was a requirement that the core needed to be limited combustibility, then there would be evidence that people (certifiers, building control, fire engineers etc.) had asked for it and accordingly had tested it, but Dr Evans had never heard of such testing, until one company, in early 2019, classified their core in isolation (as a response to the government’s new interpretation).

ADB has since been revised, and new para 12.6 says: ‘insulation product, filler material (such as the core materials of metal composite panels …)’.

It is difficult to make progress for a number of reasons: there are too many vested interests and a reluctance to change. But the claim that ‘prescription thwarts innovation’ is simply untrue. This can be seen by looking at other industries that have adapted to new regulatory requirements, such as the automobile industry’s response to the requirements imposed on it in respect of clean air. We also need to start working with the fire industry and academia to advance our thinking. 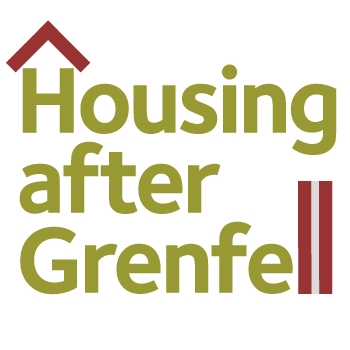 Extra-statutory guidance and its role in relation to the Building Safety scandal - Part 2: Leaseholder Consequences