This is the second part of 'Staggering Failures', a series about St Francis Tower (see also Part 1 by Susan Bright). Blogpost author Dr Jonathan Evans is an engineer and CEO of Ash and Lacy, a construction and automotive systems manufacturing business. He is the chairman of both the MCRMA (a cladding industry trade association) technical committee and the Construction Materials Group within the Institution of Mechanical Engineers. He was the independent witness to the government testing program after Grenfell in 2017, and has called for tighter combustibility regulations.

The St Francis Tower cladding system comprises a very common combination of materials found on both new and refurbished tall buildings. From photos and videos available on line, the energy efficiency improvements appear to come from about 100mm of plastic foam insulation (either polyisocyanurate or phenolic). The external cladding surface referred to in the Tribunal decision is a popular non-fire-retardant high pressure laminate sheet. HPL sheets are made by bonding compressed layers of wood fibres together with an organic resin. They are inherently combustible, but can be treated to produce a more fire-retardant grade.

Between the cladding and the insulation there is a cavity to allow moisture to escape and there should be fire barriers that close this cavity around the windows and vertical spacings. There should also be open-state cavity barriers horizontally (such as at floor slab levels) which respond to heat in the event of a fire and close the cavity whilst maintaining ventilation under normal circumstances. Compartmentation depends on the existence and correct installation of these cavity barriers and it’s not clear from publicly available information whether these are present or in good condition. Following the Garnock fire enquiry in 1999, the Committee recommended that the entire cladding system of a tall building should either be non-combustible or subjected to a large-scale fire test. For reasons that may never be known, the BS8414 large-scale test was subsequently introduced as a route to compliance, but only for cladding that didn’t meet the requirements of what we now know as Diagram 40 of Approved Document B. This diagram requires that cladding materials above 18m should meet the reaction to fire standards of Class B to EN 13501-1 or Class 0. The cladding on St Francis Tower does neither of those, and therefore could have only been approved as compliant via a successful BS8414. There is no evidence that any testing was used for St Francis Tower, or indeed that any high pressure laminate system has ever passed this test. There is one known failure, but the HPL grade isn’t defined. In any case, prior to the 2006 revision of Approved Document B (which must be when the refurbishment plans for St Francis Tower were drawn up), it was clearly only possible to use limited combustibility insulation (e.g. mineral wool) in a ventilated cavity wall system. However, the guidance was subtly changed in the 2006 edition, again for reasons not yet explained, to allow the BS8414 compliance route to apply to materials that didn’t meet Diagram 40 and/or the limited combustibility requirements of Clause 12.7 of Approved Document B. In other words, it was due to the 2006 revision that combustible insulation for the first time was permissible for use on buildings over 18m, but only with evidence of a successful BS8414 test (as assessed to the criteria laid out in the classification standard, BR135).

In 2005, Kingspan successfully tested their K15 phenolic insulation with a non-combustible cement fibre board, and for many years, this appeared to be the only successful rainscreen test with combustible insulation. It appears that the building control industry was not well briefed or familiar with this compliance route, and many buildings possibly got approved on the mistaken belief that this test result was effectively proof of compliance of this insulation with any cladding material.

It’s not clear what insulation was used on St Francis Tower as, from the photos and videos available on line, there is no clear branding on the foil face. However, it is clearly combustible and probably either a phenolic or polyisocyanurate foam. It is hard to see from photos and videos, but there doesn’t appear to be any closed-state cavity barriers (vertical or around the windows), which would be essential to hinder the spread of flame across the external wall.

There is no doubt that this system neither meets the statutory guidance of Approved Document B or the functional requirements of Building Regulations 2010 (which simply state that the external spread of fire must be adequately resisted). Having said that, this is an assumption as there is no available large-scale test data which proves this, although there is a failed BS8414 test from 2014 which is believed to be the Fire Retardant grade. If this is the case, the standard grade is likely to perform much worse and could be comparable or possibly even worse than the polyethylene ACM that was on Grenfell and failed so alarmingly in the Summer 2017 DCLG tests.

High Pressure Laminate (HPL) cladding boards (as found at St Francis Tower) are very widely used, and this low-cost system is a combination of materials that could probably be found on thousands of buildings around the country. It’s unclear exactly how many, as despite industry pressure in July 2017, MHCLG refused to include HPL systems in their BRE test program, which would have meant that the number would need to have been established. However, there is now a test project being run at the BRE (nearly two years later) which will examine the performance of HPL and establish exactly how dangerous these buildings would be in the event of a serious fire. This might be crucial data that could allow the insurance industry to quantify its total exposure and spread across all premiums rather than burden individuals who were unlucky enough to draw the short cladding straw.

On the face of it, the test results are unlikely to lead to good news. HPL sheets typically contain 76% more combustible energy than the ACM cladding found on Grenfell (Typical PE ACM = 123 MJ/m2 cf typical standard 8mm HPL = 216 MJ/m2). However, the general suspicion amongst industry experts is that it’s unlikely to lose its integrity in a fire as fast as polyethylene ACM and so the spread of flame might be slower. Also, the lack of an aluminium facing to reflect radiated heat back onto the combustible insulation might also stem the heat release rate. Having said that, on the negative side, once such systems establish themselves as a fully developed fire, it is very difficult to put them out (hence the term ‘rainscreen’) and compartmentation will be breached no matter how well cavity barriers are installed as the flames will simply bypass them. It’s also unknown whether the smoke and toxicity from such an HPL system will be significantly higher due to the higher amount of combustible material involved. We have seen from the FPA research that even if you’re not directly impacted by the fire itself, if you’re in a flat above the cladding fire you really shouldn’t stay put, as deadly levels of toxic gases can enter via vents and windows. We urgently need to know how both grades of HPL behave with both types of insulation – combustible and non-combustible (it’s quite possible the insulation makes no practical difference).

If the BRE project condemns the vast majority of tall HPL buildings to remediation, then this could take many years to address. The average life expectancy of a building envelope contractor is 7 years, so many of the design details will have been lost and there is very little chance of recouping money from anybody’s Professional Indemnity insurance. With luck, residents will have valid building warranties, but we have seen recently that sometimes the small print on those means that the full value of large claims isn’t covered. Unlike Class 0 ACM, with standard HPL products not being either Class B or Class 0, it’s also hard to blame central government for this – it’s a complete failure in building control more than anything and lack of rigour from fire engineers. I am fairly certain that nothing like this could be approved nowadays, however due to the limited scope of the combustible ban we are still seeing tall hotels and office blocks clad in combustible products. Whichever way you look at it, the cladding debacle is a spectacular regulatory failure on many levels, which the government will have to sort out at the taxpayer’s expense.

Is it ever too late to bring a combustible cladding claim? 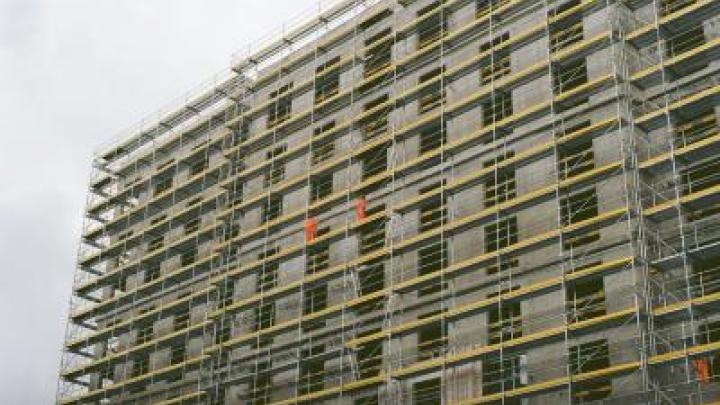