Sometimes the wheels of justice turn slowly, frustratingly so, but when you watch (above, via Cornell Law School) a group of women prisoners singing and dancing as they accompany a woman to the prison gate, to her freedom, it makes the wait less painful, especially when we learn that she’s being released from death row in Malawi. Like others, her release is the result of a court case that ruled the mandatory death penalty in Malawi to be unconstitutional, but many other people have worked tireless since then to ensure that the judges had sufficient information to decide on a new, and appropriate sentence. While Malawi is abolitionist in practice, having executed no one since 1992, until eight years ago everyone convicted of murder was sentenced to death as it had a mandatory death penalty system.

As Andrew Novak’s thorough research demonstrates, the mandatory death penalty (MDP) has come under sustained attack in North America, the Caribbean, and common law Africa as the international jurisprudence on capital punishment has developed. The imposition of the MDP is cruel and inhuman because it results in an arbitrary deprivation of life and doesn’t take account of the offender’s circumstances or the particular aggravating or mitigating features of the offence. In other words, it treats cases that are different as if they were equally culpable and equally deserving of death. Thus, the United Nations Human Rights Committee has held that the mandatory death penalty violates Article 6(1) of the ICCPR, which declares that ‘No on shall be arbitrarily deprived of his life.’

Sustained attacks were made on the MDP in the Caribbean at the turn of the millennium, in a series of judgments by the Eastern Caribbean Court of Appeal and the Judicial Committee of the Privy Council, with the London-based Death Penalty Project providing free legal representation to defendants, as well as strategic litigation and help to raise awareness about the unfairness of the MDP. One by one, case by case, almost all countries in this region declared the MDP to be unconstitutional.

With postcolonial constitutions largely mirroring those of their Caribbean sisters in ensuring the right to due process and in banning any form of cruel, inhuman, or degrading punishment or treatment, East African countries provided the perfect arena for further litigation against the mandatory imposition of the death penalty based on the same arguments which had successfully been employed in the Caribbean. Indeed, constitutional challenges to the MDP in these countries relied heavily on the Privy Council decisions coupled with earlier case law from India and the United States. Within a few years, discretionary death penalty regimes had replaced completely the former mandatory systems in Uganda and Malawi.

In 2005, the Constitutional Court of Uganda, in the case of Susan Kigula and 416 others (brought by all the prisoners on death row at the time), held the MDP to be unconstitutional and the High Court in Kampala held hearings to resentence prisoners on death row in 2012 and 2013—all of them eligible to provide evidence in mitigation of their sentence: 160 prisoners had their death sentences set aside and only 16 had their death sentences upheld.

In April 2007, the Malawi High Court in the case of Francis Kafantayeni and Others v. Attorney General came to the same conclusion and the mandatory death sentences of all 29 prisoners on death row were vacated and the defendants remitted for sentence. (For more on this case, see the chapter by Sandra Babcock and Ellen Wright in the edited collection, The Library of Essays on Capital Punishment.) But then, as with Uganda, the prisoners waited for years to be resentenced. Finally, in February 2015, the Malawi High Courts began holding resentencing hearings. Thirteen prisoners have been released following a new hearing, including the woman escorted from prison by her friends. Five more received determinate sentences and should be out of prison within five years, and another eleven await judgment, with more hearings scheduled for the next few weeks. This is clearly a time of great joy for those who had been on death row for very many years in Malawi.

A long wait for justice for capital defendants is not only a feature of East African countries, as anyone trying to get their client resentenced in the US will know, and for each case there are likely to be many legal experts both on the ground, in the host jurisdiction, and overseas, as part of the international community of lawyers and activists. Malawi is no exception.

Like most African countries, particularly over the past decade, Malawi is blessed with a strengthening human rights movement. In this case, the Malawi Human Rights Commission led a coalition of local stakeholders to help move the courts towards these resentencing hearings and, importantly, to provide the legal and psychiatric expertise to persuade the court of the relevant mitigating factors. As with many death penalty cases around the world, those on the ground were assisted by volunteers from elsewhere; in this case, from Reprieve and the Death Penalty Project as well as individuals from the US. But this dynamic team was coordinated and much of the work done by law students and faculty at the human rights clinics at Cornell and Northwestern law schools, under the supervision of Professor Sandra Babcock. They should pat themselves on the back.

To learn more about the death penalty worldwide, please see the latest edition of The Death Penalty by Roger Hood and Carolyn Hoyle, published by Oxford University Press in January 2015. This up-to-date and substantially revised new edition presents the latest information on developments relating to the death penalty from all over the world, including new publications, empirical research, debates, international law developments, official reports, and news reports.

The Death Penalty Project: Victories And Hopes For The Future 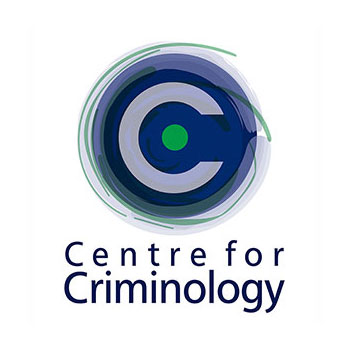