The previous post explains what limitation periods are, but also how it may be difficult for leaseholders caught in the fire safety crisis to bring claims based on contract and the tort of negligence. The Building Safety Act 2022 (BSA) opens up new possibilities: novel opportunities for leaseholders to get help with remediation, and a major change in the limitation period for claims under the Defective Premises Act 1972 (DPA).

First, the BSA creates new routes to assist with remediation for buildings at least 11 metres high or having at least 5 storeys. The relevant sections came into force on 28 June 2022. The first is the ‘remediation order’ (BSA, s 123). This enables the First-tier Tribunal (FTT) to order a landlord (who is required under a lease to repair/maintain) to remedy defects causing a building safety risk. In addition, section 124 creates a right to ask for a ‘remediation contribution order’. This enables the FTT to make an order requiring a company or partnership to make a payment to meet costs incurred or to be incurred in remedying defects that create a building safety risk. The order can be made against the developer, the current landlord, and the landlord on 14 February 2022 (the day that Michael Gove, then Secretary of State for Levelling Up, announced ‘tough new measures’ said to force the industry to pay and to protect leaseholders). Both the remediation order and the remediation contribution order seek to respond to the current building safety crisis as they are ‘backwards looking’ and only apply to defects stemming from works undertaken in the 30 years prior to 28 June 2022.

There is much of legal interest in these provisions. In various places, including the remediation contribution order, the BSA enables the corporate veil to be pierced. It does this by expanding the list of those against whom an order can be made (the landlord, developer) to include persons ‘associated’ with one of these. Association is defined in section 121. The details are complex, but one illustration is that companies would be associated if a person is a director of both companies. In company law, the rights and obligations of a company are those of that legal personality alone; and this has been referred to as the ‘most fundamental principle of company law’. As Liam Spender commented, looking behind one company and into another (what lawyers call “piercing the corporate veil”) is not something the courts do lightly, yet this is what the BSA allows. A further point of interest is that it is usual for a person to come under a liability (for example, to fix, to pay) only if they are in breach of a duty. Under neither section 123 nor section 124 is there mention of a need to prove such a breach. Indeed, the FTT may make a remediation contribution order simply on the ground that is ‘just and equitable to do so’. This is unanchored. If section 124 is used it will be interesting to see how the jurisdiction is exercised: will the FTT look for some element of ‘culpability’, or will it take account of ‘deep pockets’?

The DPA offers a more likely route to claim than either contract or the tort of negligence. In Naylor v Roamquest (mentioned in the previous post) all of the claimants were relying on the DPA whereas only the original purchasers from the developer could bring contract claims. Under the DPA a person who does work in connection with providing a dwelling owes a duty to (inter alia) persons who acquire an interest (such as a lease) to see that the work is done professionally, with proper materials, and so that the dwelling is fit for habitation when completed.

Where work is undertaken to remedy an earlier defect, under the DPA the cause of action accrues at the time of completion of the remedial work. The DPA duty has been further extended by the insertion of a new section 2A (which, at the time of writing is in force but the government legislation website does not include it, even though it states it is up to date with changes) that extends (for the future) the duty to work done in relation to existing buildings. The DPA is further discussed by Britton.

A serious obstacle with the DPA was that the limitation period only ran for six years from completion of the dwelling. What “completion” means for these purposes is not defined. Practice under building contracts may provide an answer. ‘Practical completion’ could be the guide, which occurs when there is, according to Lord Diplock in Kaye v Hosier & Dickinson (1972), ‘the absence of any patent defects in materials or workmanship’. An alternative position, less intuitive as building work will often remain to be completed, is to assume that completion means the date on which the building control certificate of completion is issued.  This will be before the date on which the leaseholder legally completes, or the date on which any insurance policies (such as NHBC policies) take effect. With flats, individual units may be completed before the block as a whole, complicating the analysis. A fresh cause of action may arise where a developer does further work to rectify a defect caused by its original breach of the DPA, but again fails to adopt workmanlike practice or use proper materials, setting a new limitation date (s 1(5) DPA,  Alderson and another v Beetham Organization Ltd). This fresh cause of action does not apply to the original works: Sportcity 4 Management Ltd and others v Countryside Properties (UK) Ltd.

The BSA radically changes the limitation periods under the DPA by inserting a new section 4B into the Limitation Act 1980 (also not yet showing on legislation.gov.uk). For the future it will be 15 years from the date on which the right of action accrued, reflecting the long-stop in the Latent Damage Act 1986 (discussed in the previous post). The most significant change is backwards looking: where a person was entitled to bring an action on 28 June 2022, the limitation period is extended to 30 years. For those who will reach the 30 year point between 28 June 2022 and 28 June 2023, the 30 year end point will be 28 June 2023. But they will need to act very quickly in order to get a claim issued by then.

This retroactive extension of limitation periods is quite surprising. Following developer cries of unfairness, Bright and Maxwell discussed whether extending limitation periods retroactively  can be challenged using human rights legislation (at that time, 15 years had been proposed). Although they conclude that such challenges are unlikely to succeed they note the potential impact on companies: the potential cost of claims the developer has against others, difficulties in evidence and memories due to the passage of time, increased problems with professional indemnity insurance and difficulties pursuing contribution claims due to a new disparity between the 6-year limitation period for contractor contracts and claims under the DPA.

Although developers are under a duty to comply with building regulations there has not previously been a private right of action for harm caused by a failure to comply with this duty. Section 38 Building Act 1984 would give such a right but remained dormant. The government has announced its intention to bring this section into force which means that, for the future, it will be possible to claim for damage resulting from breach of the duty imposed by the building regulations.  The scope of this is discussed by Britton.

As with the remediation contribution order, the BSA also extends who can be liable under both the DPA and section 38 Building Act 1984. Under section 130 of the BSA, the High Court is able to make a ‘building liability order’ if it considers it ‘just and equitable to do so’. This is an order that provides that a liability under the DPA, or s38, or resulting from a building safety risk, is also a liability of a specified body. The body can be specified if it was associated with the original body, and the nature of association is explained in s 131 to include where one company controls the other or if there is a third body corporate that controls both. Again, this is a significant break with usual understandings of corporate liability.

Pursuing a legal claim will never be easy: there will be difficulties with proof, practical challenges, delays, stress and costs. Nonetheless, the BSA has certainly changed the landscape for claimants, with the extension of limitation periods, the ability to go after parent companies and others if the original developer has disappeared, and the introduction of remediation orders and remediation contribution orders. 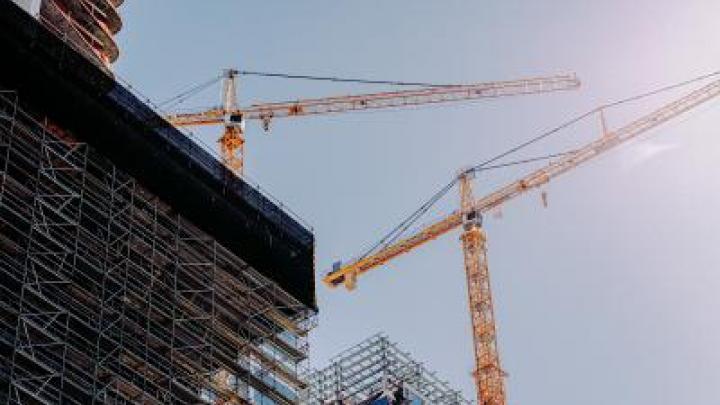 “All the other positive things in your life just fall away”: leaseholders living through the building safety crisis