Post by Dr Sanja Milivojevic. Sanja is Associate Professor in Digital Futures at Bristol Digital Futures Institute and School for Policy Studies, University of Bristol. She is co-Director of Border Criminologies and Research Associate at Oxford University, as well as adjunct Associate Professor at La Trobe University, Melbourne, Australia. Sanja holds LL.B and LL.M from Belgrade University’s Law School, and a PhD from Monash University, Australia. Sanja’s research interests are borders and mobility, security technologies and surveillance, gender and victimisation, and international criminal justice and human rights. She is a recipient of Australian and international research grants and was NSW representative at the Australian and New Zealand Society of Criminology’s Committee of Management (2012-2016). Sanja has been a visiting scholar at the University of Oxford, University of Oslo, Belgrade University and the University of Zagreb, as well as a Public Interest Law Fellow at Columbia University’s Law School in New York. Sanja publishes in English and Serbian. Her latest book Crime and Punishment in the Future Internet: Digital Frontier Technologies and Criminology in the Twenty-First Century is published by Routledge (2021).

Review of Borders as Infrastructure: The Technopolitics of Border Control, by Huub Dijstelbloem (The MIT Press 2021).

When COVID-19 hit the world in 2020, novel terrestrial and digital borders emerged worldwide, justified by the need to stop the spread of the pandemic. Health experts, policymakers, the international community, government agencies, media commentators, public intellectuals, celebrities, and politicians seem to have an opinion on what to do vis-à-vis border control, what restrictions we should apply and to whom, and for how long. As Huub Dijstelbloem notes in the preface, borders were ‘spreading as rapidly as the virus itself’ (p. vii). Yet, for border scholars, these developments were not so surprising.

In the post-pandemic world we hope to embark on in the near future, the concept of borders as infrastructure as the entanglement of digital, physical and natural borders with various forms of governance and systems for inclusion, exclusion and circulation of people might be of critical importance. As the author suggests, borders as infrastructure have four key characteristics: they connect large-scale networks with local contexts and manifestations of borders sort migrants through specific forms of selection and circulation. They are visible and invisible and often moveable. Indeed, border infrastructures and their agents and technologies are ‘laboratories that organize movement, arising out of all kinds of compromises between politics and technologies’ (p. xii). In a world in which the movement of people is likely to be further curtailed (even for ‘desired’ refugees such as people fleeing the recent war in Ukraine), understanding tensions, interoperability, and the impact of borders cannot be overstated.

In chapter 1, the author suggests that the borders of Europe increasingly act as vehicles for politics. The reader is immediately reminded of the reappearance of borders within the EU when deemed needed during the pandemic. We remembered pop-up bottlenecks of people on the move trying to cross newly established borders in the EU and unnecessary deaths that were overshadowed by the daily number of infections and deaths from coronavirus. Yet, the flux of people in the last couple of years was overshadowed by the flux of border infrastructure: the intersection of new borders and border controls, surveillance, vigilante groups “doing border” for the state, allies attempting to enable migratory journeys, and media hungry for the news about less fortunate and potentially dangerous Other. Dijstelboem points out the truth known to border scholars: contemporary borders have changed. They are now, more than ever, it seems, vehicles for power, control, and so much more. The concepts of mediation, technopolitics and peramorphic politics were also introduced in the opening chapter. Mediation encompasses many interactions among actors of border control and technological systems that constitute borders that, in turn, create new relationships and actors of border control via transportation and transformation of said entities. New borders do not simply distinguish who and what is inside and who and what is out; they affect the deeper structuration of societies (p. 7). The concept of technopolitics is closely related to mediation. Technologies are not only neutral means to achieve specific goals; they transform goals. Using the morphological approach, Dijstelbloem focuses on forms of technopolitics, its many shapes and modifications, both human and non-human. Finally, peramorphic politics is ‘used to describe something turning into a border, but also to argue that something is unfairly or mistakenly seen as a border’ (p. 15). It is the process of the creation, reproduction, and distribution of borders that results in them being simultaneously open and close, expansive and reductive, the end and the beginning.

Chapter 2 brings these theoretical frameworks to the borders of Europe. It analyses the emergence of border control establishment in Europe and maps the process of externalisation of borders to the Global South. Thinking about border infrastructures as a circulation system is not a novel idea per se; what is novel is a deep, theoretical analysis of the ever-growing mosaic of agents, systems, organisations, policies, interventions, actors, technologies, configurations, institutions that constitute contemporary borders. As the author suggests, the best way to study modern borders is through the framework of infrastructure, with ‘construction works, communication networks, coordination centres, monitoring instruments, and networks of employees, officers, and technical experts’ (p. 25). I would add that these infrastructures also incorporate testing grounds and clear and unmistakable harms that impact people on the move and Western democracies and their citizens. By mapping the history and current developments in the build of border infrastructures in Europe, the author draws our attention to the role of political and technical experts in their creation and the importance of understanding political motives and ideological aims that underpin such developments. This chapter is a great read, regardless of the reader’s knowledge on the development of border control in Europe and the EU. Infrastructural ‘compromises’ that emerge from tensions between actors, institutions and technologies and result in new border infrastructures and further multiplication of the border are particularly thought-provoking (they are further developed in chapters 5, 6 and 7).

Specificities and particularities of Europe’s emerging borders are presented in chapters 4, 5 and 6. From Schiphol International Airport, the EU’s hotspot regime, and the Greek islands of Chios and Lesbos, the author dissects the interplay of design, detection, detention, and other performances of border control. I particularly enjoyed the analysis of airports through the lens of mediation and evaluation of the series of compromises between the spaces of design, detection, and detention. Dijstelbloem argues that airports mediate in three related ways: internally, at the airport; among existing national, EU and international legislation and regulations; and via coordination between internal and external. The smart cameras that detect abnormal behaviour at Schiphol airport or deep learning-based TRESSPASS technology that models and quantifies risk are chilling (and early) examples of the new technological infrastructures that capture everyone, like dragnets used in illegal fishing. Visible and invisible human and non-human systems render every passenger a digital double, a mosaic, ever-changing, never fully complete – or safe. Compromises between multiple states and organisations (except in the context of humanitarian actors, which was the focus of the following chapter) across Europe have been examined in chapter 5. Here, the richness of empirical data adds another flavour to the deep theoretical analysis. The contrast between border laboratory (EUROSUR) and border control enforcers who refuse to be mice in such a laboratory is stark, as is the role of non-human actors (such as natural borders – the Mediterranean) in border infrastructures of today.

Chapter 7 looks at the NGOs, activists, supporters, artists, and other actors’ efforts to open up the politics of the border. Again, the reader is reminded of the human cost of border infrastructures and why it is critical to understand better and ultimately dismantle prevailing narratives around people on the move. This is, in my opinion, the strongest chapter in the book, masterfully crafted from a plethora of data, reports, projects, media analysis, theory, and critical evaluation of bordering processes of today. This chapter makes the reader rethink our current approach in disrupting mainstream views and harmful policies. Finally, the conclusion skilfully brings together the key arguments presented in the book. The concept of peramorphic politics is revisited to describe the multiplication, evolution, and hybridisation of borders. But the key question posed in this chapter, and in my opinion in the whole book, is: how has the changing nature of borders and border control affected Europe’s development as a political entity? We are yet to see. A raging war in Ukraine is a sad reminder that forced migrations are here to stay and that the post-pandemic world might be more similar to the pre-pandemic one than we once believed.

Overall, Borders as infrastructure is an excellent read for anyone looking to unpack many complexities in a rather messy world of border control. There are many great takes from this book, such as the notion that ‘borders are contagious; mediation processes always create more and new borders’ (p. 15). We have indeed witnessed that during the COVID-19 pandemic. Although at times perhaps dense and theoretically heavy, the book is a welcome contribution to the growing fields of science and technology studies, border criminologies, international relations, critical migration studies, security studies and human geography. It will be valuable for academics, postgraduate students, activists, and laypersons interested in this topic. 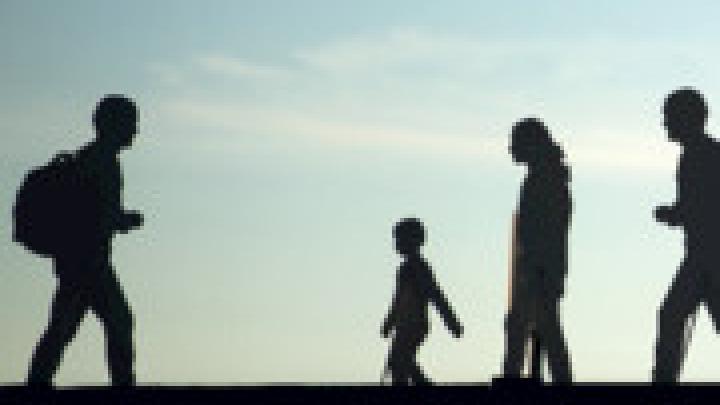